The Emmy-nominated star and creator of the award-winning HBO series Insecure, Issa Rae uses her signature do-it-yourself ethos, humor, and voice to offer writers and creators of all types the motivation and tools they’ll need on their journey. Issa shares how she has navigated Hollywood while Black and inspires you to reach your creative dreams and never take no for an answer.

Born Jo-Issa Rae Diop, she grew up in View Park, Los Angeles, Potomac, Maryland, and Dakar, Senegal (where her father was born). Eventually, the family returned to Los Angeles, settling in the affluent Black neighborhood of Windsor Hills/View Park. Feeling like an outsider shaped Issa’s identity—the one that would make her a star—as a self-proclaimed awkward Black girl.

Issa found comfort in television. Coming of age in the 1990s, a golden age for Black programming on major networks, she saw people who looked like her navigating life’s common crises and triumphs— moving to a new city (The Fresh Prince of Bel-Air), attending college (A Different World), nerding out (Family Matters), taking a stand (Moesha), or just plain being funny (Kenan & Kel). She loved movies, too—the early 2000s cult classic Love & Basketball was a favorite— and she started acting in earnest during high school.

As an undergrad at Stanford University, Issa directed an adaptation of Spike Lee’s School Daze and
started filming a web mockumentary called Dorm Diaries with her friends. The series got thousands of views on YouTube, spreading across campus and then on to Georgetown and Harvard via Facebook.

Issa was struck by how these platforms gave her direct access to an audience. After graduation, she landed a fellowship at the prestigious Public Theater in New York. She moved to the city, intent
on making independent short films while pitching Dorm Diaries to MTV and BET.

Those plans fell to pieces, Issa says, when her Manhattan apartment was burglarized. The thieves cleared out everything—her laptops, camera, scripts, and pitch reel. Devastated and in debt, she continued to attend industry networking events but struggled to make connections. Once again, she returned to Los Angeles and moved back in with her parents, seeking comfort in comedy television. Watching The Office and Curb Your Enthusiasm, she kept wondering: Where are all
the Black people?

Issa still felt like an outsider—always the outsider. But instead of shying away, she decided to just go
with it in her writing. She channeled her neuroses and idiosyncrasies into J, a character who had been in the back of her mind since her alienating experiences on the East Coast. Issa cast herself in the role and made J the protagonist of a new web series called Awkward Black Girl, which she also wrote and produced.

The series debuted on YouTube in 2011. Issa’s fresh take on the Black leading lady quickly gained
a viral following; the first episode racked up nearly 2 million views, and a midseason crowdfunding
campaign raised more than $50,000 to keep the show going. Critical acclaim followed. Awkward Black Girl won a Shorty Award for best web series, and Issa partnered with Pharrell Williams to air the second season through his budding YouTube channel.

In 2013, she began working on a new pilot for HBO—what would become Insecure—alongside comedy television veteran Larry Wilmore (the Daily Show correspondent and creator of The Bernie Mac Show). She inked a book deal with Simon & Schuster, which published her memoir, called
The Misadventures of Awkward Black Girl, in 2015. It became a New York Times bestseller, and that same year, HBO ordered the Insecure pilot to series.

The show follows Issa, playing a semiautobiographical version of herself, and her best friend, Molly, a successful corporate lawyer played by Yvonne Orji, as they navigate their late 20s in modern-day Los Angeles. It continues building on elements of Awkward Black Girl while diving deeper into the complexities of career, romance, racial identity, and female friendships—and the many humorous moments therein.

When Insecure premiered on HBO in 2016, Issa became the first Black woman to helm an original scripted series for the premium cable channel. 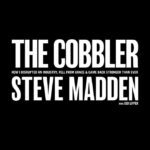 The Cobbler: How I Disrupted an Industry, Fell From Grace, and Came Back Stronger Than Ever by Steve Madden. 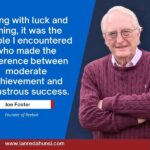