George Stephanopoulos, former White House communications director, and co-anchor of Good Morning America, teaches techniques for communicating under pressure. Learn how to leave your comfort zone to become a stronger, more confident communicator and have purposeful conversations with everyone.

George Stephanopoulos is born in Fall River, Massachusetts, to first-generation Greek-American parents. George’s father, grandfather, uncle, and godfather were all Greek Orthodox priests, leading to an oratory tradition that will help him learn how to speak clearly and comfortably in public.

George completes a Rhodes Scholarship—a prestigious international postgraduate award—to study theology at Oxford University in England. It’s around this time that he has his most intense journalistic experience: reporting on refugee camps in Sudan as a stringer (freelance journalist) for The Christian Science Monitor, a nonprofit news organization based in the U.S. While in Sudan, George finds himself in the middle of a coup, and quickly learns how to do on-the-ground political reporting.

George serves as Deputy Campaign Manager for Bill Clinton’s U.S. presidential campaign, a loosely defined role that involves evaluating how policy issues would be received in the media and political worlds. After Clinton wins, George becomes one of the president’s most trusted advisors, specializing in public relations, policy expertise, and crisis management.

George joins ABC as a political analyst for This Week, a show featuring interviews with political insiders and commentators, hosted at the time by American journalists Sam Donaldson and Cokie Roberts. In this position, George provides extensive commentary on political and policy-related issues of the day.

George publishes the memoir All Too Human: A Political Education, which centers on the time he spent working in the U.S. capital during the Clinton administration. The book makes The New York Times Best Seller list.

During a prolonged dispute over the results of the U.S. presidential election, George becomes one of ABC’s go-to political analysts, appearing on Good Morning America over forty days in a row—from the conclusion of the candidates’ campaigns to the final U.S. Supreme Court decision.

George becomes the host of This Week with ABC News, starting an eight-year tenure during which viewership surges past CBS’s Face the Nation (It will land in second place among network public-affairs shows by 2007.) In addition to numerous U.S. politicians and White House advisers, George interviews foreign leaders, including the reclusive Colonel Muammar Qaddafi, then president of Libya, in 2003. George is officially named ABC’s Chief Washington correspondent three years after his inaugural broadcast.

ABC taps George to anchor Good Morning America. In this role (which he still holds to this day), George eventually interviews everyone from U.S. President Joe Biden to famed American actress Meryl Streep—all while covering each day’s breaking news stories.

George becomes the chief anchor of ABC News, landing exclusive interviews with notable and newsworthy figures, including the first sit-down interview with Darren Wilson—a police officer whose fatal shooting of Michael Brown Jr. sparked weeks of demonstrations that year— and, in 2019, a thirty-hour ride-along with then U.S. President Donald Trump.

A Pew Research Center study finds that 64 percent of adults believe fake news stories cause a “great deal of confusion.” Oxford Dictionaries also selects “post-truth” as the word of the year, which the dictionary defines 1997 — THE THIS WEEK NEWS TEAM as “relating to or denoting circumstances in which objective facts are less influential in shaping public opinion than appeals to emotion and personal belief.” 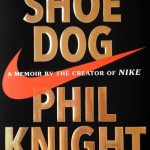 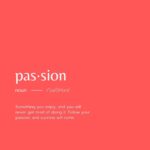