After years of working in the automotive business—and enduring two layoffs during the historic U.S. economic recession in 2008—he was tired of leaving his career in the hands of others. He decided to strike out on his own and open his firm, Corey Damen Jenkins & Associates, in 2009.

Working on both residential and commercial properties, he ably blends smart jewel tones and adventurous animal prints with traditional decorating cues, demonstrating just the right amount of restraint; the spaces he creates feel unique and of the moment yet remain rooted in the classic foundations of good design. His singular ability to curate timeless rooms without a whiff of stuffiness—while also guiding his clients through the process and staying on budget— has catapulted Corey to the upper echelon of the interior design world.

This style refers to an aesthetic found in American architecture and furniture designed between the 1940s and early 1960s that incorporated stylistic evolutions of several earlier movements. Broadly speaking, MCM design is defined by clean lines, simple materials, hardwoods, and very little ornamentation. If you like the look of the television program Mad Men, this is your style.

This style is all about the pieces that weather the trends, from well-placed plaids and farmhouse sinks to clawfoot bathtubs and tufted leather sofas. Anglo-American traditional (a.k.a. trad) draws heavily on the look of 18th- and 19th-century English and French decor, playing up dark woods, antique metals, ornate detailing, and a rich, earthy color palette.

You’ll often see a mix of colors and patterns in these spaces, which are usually defined by an abundance of plants, natural materials, and an eclectic internationality. Done right, this style is like a bed-head hairstyle: intensely curated so the effect is laid-back cool.

This design movement gets its name from the Memphis Group, an artistic collective founded in Milan in the 1980s by Italian architect and designer Ettore Sottsass. Infusing serious craftsmanship with a sense of childlike wonder, the group incorporated pop art visuals with exaggerated shapes, bringing the look of two-dimensional cartoon rooms to life. Bold hues, geometric forms, a dearth of visible woods or natural fibers, and whimsical abstraction are common themes in the Memphis style. Think: highbrow fun house.

The style that launched a thousand blogs, Scandinavian is about more than where you shop—it’s the vibe your space evokes. Combining the rustic craft of classic Nordic cabins with the highbrow functionality of MCM (many of that movement’s most talented designers, like Arne Jacobsen and Greta Grossman, were Danes and Swedes) allows for an airy sense of purpose.

In lieu of bright hues, organic modern spaces layer textures and textiles (with the occasional black or gold accent thrown in to provide contrast). It’s also a style that merges minimalist form with major function (think: integrated window seats and ottomans that double as storage chests). 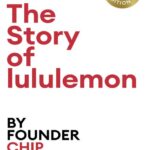 The Story of Lululemon by Chip Wilson 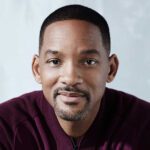 Quotable Quotes from Will by Will Smith Autobiography.