With more than 60 combined years of elite rock climbing experience, Alex Honnold and Tommy Caldwell have scaled some of the largest—and most extreme—walls in the world. Now the stars of Free Solo and The Dawn Wall teamed up to share their tried-and-true techniques for tackling any wall. From the fundamentals of footwork and body and hand positioning to mental exercises and advanced holds and movements, you’ll learn how to take on new challenges and push yourself further on and off the wall.

Two of the greatest rock climbers on the planet, Alex and Tommy have been refining their skills since childhood—Alex at 10 and Tommy at 3. As they grew into professional climbers, each traveling the world one wall at a time, their paths eventually crossed and they partnered up for some of the toughest routes they have ever endured, including the Fitz Traverse in Patagonia and El Capitan in Yosemite National Park.

In 2018, Alex starred in the Academy and Emmy Award–winning documentary “Free Solo,” which captures his successful 3,000-foot free solo quest of El Capitan—a world’s first. That same year, Tommy starred in “The Dawn Wall,” which documents the very first free climb of the Dawn Wall of El Capitan with partner Kevin Jorgenson—a 19-day ascend with partner Kevin Jorgenson that took more than six years of planning. 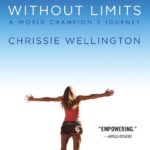 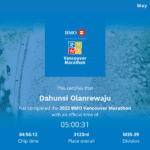