American Columnist and Pulitzer Prize winner Mary Schmich originally wrote the “Wear Sunscreen” hypothetical commencement speech as an essay published in the Chicago Tribune in June 1997. It was initially written as a column titled “Advice, Like Youth, Probably Just Wasted on the Young,” The essay is often misattributed as a commencement speech given by author Kurt Vonnegut at MIT.

In the essay, Schmich implored anyone over 26 years to write their own “Guide to life for graduates“. The essay was the inspiration for the spoken word song by Australian film director Baz Luhrmann’s –Everybody’s Free To Wear Sunscreen.

In 1998, Mary Schmich published a short gift book adaptation of the essay titled: Wear Sunscreen: A Primer for Real Life. In the tenth anniversary edition of the book, Schmich narrates the genesis and inspiration of the essay. She writes:

I write a column for the paper (Chicago Tribune) three times a week and, on that morning, with another column deadline barreling toward me, I had loads of thoughts on life but not a single thought for a column.

Then I saw her, a woman in her twenties sitting on the lakefront, her face turned toward the sun to catch the weak May rays. “I hope that woman’s wearing sunscreen,” I clucked to myself.

I realized in that moment that I’d reached a dangerous phase of life, the phase in which a person is seized by the desire to redeem her own mistakes by administering advice. I also realized it was graduation time, a time when speakers everywhere could sow their words of wisdom without seeming like buffoons.

Okay, so no one had invited me to be a graduation speaker. Why not pretend?

I spent the afternoon, fueled by coffee and M&M’s, composing the graduation speech I would give if anyone bothered to ask. I encouraged readers to try writing their own speech, mostly as a way to discover, as I did in the process, how they would sum up the lessons of their life.

In her introduction of the “Wear Sunscreen” book, Schmich quipped:

Some ask if I have more advice. I don’t. Except for this:

Do your work. You never know when routine life will delight and surprise you.

Inside every adult lurks a graduation speaker dying to get out, some world-weary pundit eager to pontificate on life to young people who’d rather be Rollerblading. Most of us, alas, will never be invited to sow our words of wisdom among an audience of caps and gowns, but there’s no reason we can’t entertain ourselves by composing a Guide to Life for Graduates.

I encourage anyone over 26 to try this and thank you for indulging my attempt. Ladies and gentlemen of the class of ’97:

If I could offer you only one tip for the future, sunscreen would be it. The long-term benefits of sunscreen have been proved by scientists, whereas the rest of my advice has no basis more reliable than my own meandering experience. I will dispense this advice now.

Enjoy the power and beauty of your youth. Oh, never mind. You will not understand the power and beauty of your youth until they’ve faded. But trust me, in 20 years, you’ll look back at photos of yourself and recall in a way you can’t grasp now how much possibility lay before you and how fabulous you really looked. You are not as fat as you imagine.

Don’t worry about the future. Or worry, but know that worrying is as effective as trying to solve an algebra equation by chewing bubble gum. The real troubles in your life are apt to be things that never crossed your worried mind, the kind that blindside you at 4 p.m. on some idle Tuesday.

Do one thing every day that scares you.

Remember compliments you receive. Forget the insults. If you succeed in doing this, tell me how.

Get plenty of calcium. Be kind to your knees. You’ll miss them when they’re gone.

Enjoy your body. Use it every way you can. Don’t be afraid of it or of what other people think of it. It’s the greatest instrument you’ll ever own.

Dance, even if you have nowhere to do it but your living room.

Read the directions, even if you don’t follow them.

Do not read beauty magazines. They will only make you feel ugly.

Get to know your parents. You never know when they’ll be gone for good. Be nice to your siblings. They’re your best link to your past and the people most likely to stick with you in the future.

Understand that friends come and go, but with a precious few you should hold on. Work hard to bridge the gaps in geography and lifestyle, because the older you get, the more you need the people who knew you when you were young.

Accept certain inalienable truths: Prices will rise. Politicians will philander. You, too, will get old. And when you do, you’ll fantasize that when you were young, prices were reasonable, politicians were noble and children respected their elders.

Don’t expect anyone else to support you. Maybe you have a trust fund. Maybe you’ll have a wealthy spouse. But you never know when either one might run out.

Be careful whose advice you buy, but be patient with those who supply it. Advice is a form of nostalgia. Dispensing it is a way of fishing the past from the disposal, wiping it off, painting over the ugly parts, and recycling it for more than it’s worth.

But trust me on the sunscreen.

My Heart Leaps Up by William Wordsworth. 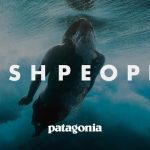