Living the Dream: My Life and Basketball by Hakeem Olajuwon

Living the Dream: My Life and Basketball by Hakeem Olajuwon is one of my favourite sports biography of all time. I have read loads of biographies and autobiographies, but living the dream stands out. I grew up in Lagos, Nigeria, just like Hakeem. Most of the places and peculiarities about being a Nigerian are very familiar to me, and being of the Yoruba tribe like Hakeem makes the book more relatable.

“Being a Nigerian is abysmally frustrating and unbelievably exciting” – Chinua Achebe

In Living the Dream, Nigerian-American former professional basketball player Hakeem Olajuwon chronicles his life trajectory from growing up in Lagos, Nigeria, in a middle-class Nigerian family. The star of the Houston Rockets chronicles the cross-cultural journey from his Nigerian childhood to the heights of fame with the NBA, discussing his life on and off the court, rivalry with other players, confrontations with owners and referees, and his religious faith.

I teared up a lot reading “Living the Dream,” not only because Hakeem hails from Lagos, Nigeria, but because of all the ways the universe aligned for him to achieve his dream. From a humble beginning growing up in Lagos, Nigeria, to becoming one of the greatest centers and basketball players of all time in the NBA.

Hakeem Olajuwon led the University of Houston team, the Cougars to three consecutive Final Four appearances from 1982 to 1984, and was named the Most Outstanding Player in 1983.

Hakeem was drafted by the Houston Rockets with the first overall selection of the 1984 NBA draft, a draft that included Michael Jordan, Charles Barkley, and John Stockton.

Hakeem led the Houston Rockets to back-to-back NBA championships in 1994 and 1995. Selected to twelve NBA All-Star games, Olajuwon holds the NBA record for blocked shots (3,830) and is the only player to record more than 3,000 blocked shots and 2,000 steals in a career. The 1994 NBA regular season Most Valuable Player recorded 26,946 points and 13,748 rebounds. 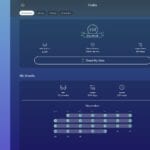 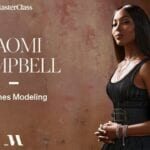