It’s not like there’s a science to being creative. Just do what works for you and keep going forward.

I am a super fan of two of Shonda Rhime’s Hit TV Series, How to get away with murder (with Viola Davis) and Scandals (with Kerry Washington). While watching these series, I was always amazed by the suspense in the show, and I wondered how they wrote the plot and how it is even possible to write a script that good with the twist and turns in every episode. If you have not seen both shows check them out, they are outstanding. When I subscribed to Masterclass, Shonda Rhime’s session was one of the first I had to see, and she did not disappoint.

Shonda Rhimes was born in 1970 and raised in Chicago, Illinois. The daughter of intellectual and supportive parents, Shonda grew up telling stories. She strove to become a novelist but turned her focus to film and television writing later in life. Shonda majored in English and film studies at Dartmouth College and earned a Master of Fine Arts degree from the USC School of Cinematic Arts. She wrote the HBO television movie, Introducing Dorothy Dandridge (1999), her first professional credit, and penned two feature films thereafter, including The Princess Diaries 2: Royal Engagement (2004).

Go write. Prove yourself to be a writer. Nobody has to pay you in order to write. You have to just find the time and do it.

Here are my favorite take aways from viewing

If you want truly see your TV show on air, you have to learn how to pitch it effectively. A great pitch is well-structured, visual, and quickly and easily conveys your show’s concept and central characters. Here’s a simplified guide to a good pitch:

Shonda warns against pitching specific actors or songs, because you never know the relationship the producer, the studio, or the network may have with that actor or musician. Maybe the artist you want to use in your pilot is too expensive. Maybe the studio has a bad impression of that particular actor. These thoughts may pull your listeners away from the main part of your pitch: your story. It never hurts to put yourself in the network or studio’s position.

Typically on network television, there are about five acts roughly lasting about 11 pages each. Here is how Shonda views the structure of each of the acts:

Before you start the physical act of writing it, Shonda highly recommendeds you write a beat sheet and an outline first.

LIFE OF A WRITER

MasterClass is a streaming platform that makes it possible for anyone to learn from the very best. MasterClass is an online membership – accessible on your phone, web, Apple TV, Roku devices, and Amazon Fire TV – that offers classes on a wide variety of topics taught by 85+ world-class masters at the top of their fields. 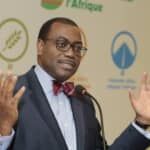