Indra Nooyi had just been named the president of PepsiCo with a seat on the board of directors. She was filled with excitement about her accomplishment. In her autobiography, My Life in Full: Work, Family, and Our Future, she recalls a statement made by her mother on the night of her promotion. The story contains lots of insightss such as work-life balance and staying humble among others.

Roger and Bob Morrison would serve on the board as vice-chairmen. Steve and Roger also decided together that I would be named president of PepsiCo and join the board. I was in my office late on Friday, December 1, when Steve called me from Dallas to share the news.

I was over the moon. This was major. President of PepsiCo. The board of directors. Wow!

I packed up at work immediately.

I drove home. It was about 10 p.m., and the wintery roads were peaceful and dark. In those fifteen minutes behind the wheel, I let myself enjoy my accomplishment. I had worked so hard, learned so much, and earned my place.

I entered our house through the kitchen door and dropped my keys and bag on the counter. I was bursting with excitement—so eager to tell everyone. Then my mother appeared. “I have the most incredible news!” I exclaimed.

“Why didn’t you ask Raj to go get the milk?” I asked. “It looks like he came home a while ago.”

He looked tired, so I didn’t want to disturb him,” she said.

I picked up my keys, went back to the car, drove to the Stop & Shop a mile away, and bought a gallon of whole milk. When I walked into the kitchen again, I was hopping mad. I slammed the plastic bottle on the counter.

“I’ve just become president of PepsiCo, and you couldn’t just stop and listen to my news,” I said, loudly. “You just wanted me to go get the milk!”

“Listen to me,” my mother replied.

“You may be the president or whatever of PepsiCo, but when you come home, you are a wife and a mother and a daughter. Nobody can take your place.

“So you leave that crown in the garage.”

First, I think she said something deeply important about how we combine work and family. She was right, of course, that no matter who we are or what we do, nobody can take our place in our families. I was enjoying big success, but the stability of our home meant I would be equally valued and important whether or not I had been named president of PepsiCo, she indicated.

“No matter what we do, we are never quite enough. Getting a promotion or a prize outside the home sometimes seems to mean that either that prize was easy to get or that we are letting our domestic duties slide.”

“The “crown in the garage” comment also speaks to the broader relationship between power and humility. This is an incredible lesson for those who rise in their careers and end up in roles that give them real authority in the workplace and in society.

The trappings of leadership in our world—money, travel, meeting famous and fascinating people, beautiful living and workspaces—become easy to adapt to and accept. But true leaders must keep their feet firmly rooted to the ground and focus on the responsibilities of their jobs.

“That night in the kitchen, my mother was the same woman she always was—torn between wanting to see her daughter soar in the outside world and making sure I lived up to my role as a dedicated wife who could be content looking after everyone else. When I was a little girl, she asked me to make speeches pretending I was India’s prime minister. She also worried about finding me a husband.” 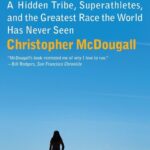 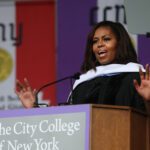