John Clifton “Jack” Bogle (May 8, 1929 – January 16, 2019) was an American investor, business magnate, and philanthropist. He was the founder and chief executive of The Vanguard Group and is credited with creating the first index fund. Bogle was an advocate of long-term patience over short-term action, investment over-speculation, and the reduction of broker fees as much as possible.

John Bogle was born on May 8, 1929, in Montclair, New Jersey to William Yates Bogle, Jr. and Josephine Lorraine Hipkins. Bogle and his twin, David, attended Manasquan High School near the New Jersey shore for a time. Their academic record there enabled them to transfer to Blair Academy on work scholarships.

“At Princeton, this callow, idealistic young kid with a crew cut had determined to write his economics department senior thesis on a subject on which no earlier thesis had been written. Not John Maynard Keynes, not Adam Smith, not Karl Marx, but a subject fresh and new. What but fate can account for the fact that in December 1949, searching for my topic, I opened Fortune magazine to page 116 and read an article (“Big Money in Boston”) about a financial instrument that I had never heard of before: the mutual fund. When the article described the industry as “tiny but contentious,” I knew that I had found my topic and, though I couldn’t know it at the time, another diamond as well.”

“After a year of intense study of the mutual fund industry, I completed my thesis and sent it to several industry leaders. One was Walter L. Morgan, mutual fund pioneer, the founder of the Philadelphia-based Wellington Fund, and member of Princeton’s class of 1920. He read my thesis and liked it sufficiently that he would soon write:

“A pretty good piece of work for a fellow in college without any practical experience in business life. Largely as a result of this thesis, we have added Mr. Bogle to our Wellington organization.”

Bogle writes on his parents divorce and mothers Death:

While I was studying at Princeton, my parents’ marriage fell apart. My father moved to New York, and my beloved mother, terminally ill, remained in Philadelphia. I wanted to return there to be with her after my graduation in 1951, and fate intervened to make it possible. (Sadly, her life ended in 1952.)

Becoming CEO of Wellington Fund – He writes in Enough:

“When I joined Wellington Management Company in 1951, it was an important company in a tiny industry, and managed a single mutual fund (Wellington Fund) with but $150 million in assets. But we were growing rapidly. By the early 1960s, I was deeply involved in all aspects of the business and soon became Walter Morgan’s heir apparent. Early in 1965, when I was just 35 years old, he told me I would be his successor as the leader of the firm. Yet another diamond! Although many other diamonds still lay hidden in the earth beneath me, undiscovered, the company was in troubled straits, and Mr. Morgan told me to “do whatever it takes” to solve our investment management problems.

Fired with Enthusiasm from Wellington:

Headstrong, impulsive, and naive, I found a merger partner—in Boston, of all places—that I hoped would help me do exactly that. The merger agreement was signed on June 6, 1966. With an ebullient bull market in stocks on our side, the marriage worked beautifully through early 1973. But when the bear market came and the stock market tumbled (a decline that would ultimately slash stock prices by 50 percent), both the aggressive young investment managers who were my new partners and I let our fund shareholders down. (The asset value of one of our funds plummeted by 75 percent!)

By late 1974, as the bear market took its toll and large numbers of our shareholders took flight, the assets under our management had plunged from $3 billion to $1.3 billion. Not surprisingly, my partners and I had a falling out. But my adversaries had more votes on the company board than I did, and it was they who fired me from what I had considered my company. What’s more, they intended to move all of Wellington to Boston. I wasn’t about to let that happen.

The stubbornness of an idealist and the soul of a street fighter.

After a long and bitter struggle, I was able to parlay a slight difference in the governance structure of the Wellington funds (owned by their own shareholders) and Wellington Management Company (owned by public shareholders but now largely controlled by the former partners who had just fired me) into a new career—and with it more diamonds than I ever could have imagined.

A majority of the directors of the board of the funds themselves were independent of Wellington Management Company, and I proposed that they adopt an unprecedented, unique structure, one in which the funds would govern themselves. The idea was simple. Why should our mutual funds retain an outside company to manage their affairs—the modus operandi of our industry then and now—when they could manage themselves and save a small fortune in fees? They could be truly mutual mutual funds. The battle was hard fought over a period of eight busy, hectic, and contentious months, with the fund board almost evenly divided. But this new structure finally carried the day.

Founding of the Vanguard Group

“I named our new company after HMS Vanguard, Lord Horatio Nelson’s flagship at the great British victory over Napoleon’s fleet at the Battle of the Nile in 1798. I wanted to send a message that our battle-hardened Vanguard Group would be victorious in the mutual fund wars, and that our Vanguard would be, as the dictionary says, “the leader in a new trend.” However, my idea suffered a setback when the fund directors allowed Vanguard (now owned by the funds) to handle only the administration side of the firm’s activities, responsible for the funds’ operating, legal, and financial affairs. When we began in May 1975, we were barred from assuming responsibility for investment management and marketing, the other two—and far more critical—sides of the triangle of essential mutual fund services.To my chagrin, these key services would continue to be provided by my rivals at Wellington Management Company.”

In 1999, Fortune magazine named Bogle as “one of the four investment giants of the twentieth century”.

In 1976, influenced by the works of Paul Samuelson, Bogle created the First Index Investment Trust (a precursor to the Vanguard 500 Index Fund) as the first index mutual fund available to the general public.

The Mutual Fund Idea not embraced at the beginning.

“The idea was the essence of simplicity: The portfolio would simply hold all of the stocks in the Standard & Poor’s (S&P) 500 Stock Index, based on their market weight, and would closely track its returns. Our index fund was derided for years, and was not copied until nearly a full decade had passed. The new fund, originally named First Index Investment Trust (now Vanguard 500 Index Fund), began with just $11 million of assets, and was dubbed “Bogle’s Folly.” But it proved its point. The first index fund gradually earned compound returns that were substantially higher than the returns earned by traditional equity funds and would become the largest mutual fund in the world. Today Vanguard 500 is one of 82 index and virtual index mutual funds that constitute nearly $1 trillion of Vanguard’s now-$1.3 trillion asset base”

Our index fund was derided for years, and was not copied until nearly a full decade had passed.

On Money, Business and Life

In our financial system, we focus our expectations on the returns that the financial markets may deliver, ignoring the exorbitant costs extracted by our financial system, the excessive taxes engendered by record levels of speculative trading, and inflation borne of a government that spends (our) money beyond its means, grossly devastating these returns. We engage in the folly of short-term speculation and eschew the wisdom of long-term investing. We ignore the real diamonds of simplicity, seeking instead the illusory rhinestones of complexity.

In business, we place too much emphasis on what can be counted and not nearly enough on trusting and being trusted. When we should be doing exactly the opposite, we allow—indeed we almost force—our professions to behave more like businesses. Rather, we ought to be encouraging companies and corporations (the enterprises that create products and services) to regain the professional values that so many of them have cast aside. We have more than enough of the fool’s gold of marketing and salesmanship and not enough of the real gold of trusteeship and stewardship. And we think more like managers, whose task is to do things right, than as leaders, whose task is to do the right thing.

In life, we too often allow the illusory to triumph over the real.We focus too much on things and not enough on the intangibles that make things worthwhile; too much on success (a word I’ve never liked) and not enough on character , without which success is meaningless. Amidst the twenty-first-century pressures for immediate satisfaction and amassing information on demand, we’ve forgotten the enlightened values of the eighteenth century. We let false notions of personal satisfaction blind us to the real sense of calling that gives work meaning for ourselves, our communities, and our society.

After leading the Vanguard Group for more than two decades, John Bogle retired from the Vanguard Board of Directors in 1999. He then formed Bogle Financial Markets Research Center, a small research institute not directly connected to Vanguard but located on the Vanguard campus.

At age 31, Bogle suffered from his first of several heart attacks, and at age 38, he was diagnosed with the rare heart disease arrhythmogenic right ventricular dysplasia. He received a heart transplant in 1996 at age 66.

Bogle married Eve Sherrerd on September 22, 1956, and had six children and 12 grandchildren. 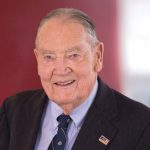 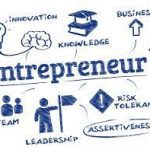