It’s Not About the Bike: My Journey Back to Life is the story of Armstrong’s journey from inauspicious beginnings through triumph, tragedy, transformation, and transcendence. In 1996, at the prime of his career, Armstrong was diagnosed with testicular cancer, which later spread to his lungs, abdomen, and brain, and was only given a 40 percent chance of living.

In It’s Not About the Bike, American former professional road racing cyclist, Lance Armstrong reflects on his upbringing, upstart as a triathlete, cycling career, battling and surviving testicular cancer, and coming back to win multiple tour de France competitions.

Favorite Takeaways: It’s Not About the Bike by Lance Armstrong.

The Risk of Cycling

Cyclists fight an ongoing war with guys in big trucks, and so many vehicles have hit me, so many times, in so many countries, I’ve lost count. I’ve learned how to take out my own stitches: all you need is a pair of fingernail clippers and a strong stomach. If you saw my body underneath my racing jersey, you’d know what I’m talking about. I’ve got marbled scars on both arms and discolored marks up and down my legs, which I keep clean-shaven. Maybe that’s why trucks are always trying to run me over; they see my sissy-boy calves and decide not to brake. But cyclists have to shave, because when the gravel gets into your skin, it’s easier to clean and bandage if you have no hair.

One minute you’re pedaling along a highway, and the next minute, boom, you’re face-down in the dirt. A blast of hot air hits you, you taste the acrid, oily exhaust in the roof of your mouth, and all you can do is wave a fist at the disappearing taillights.

“I left my house on October 2, 1996, as one person and came home another. I was a world-class athlete with a mansion on a riverbank, keys to a Porsche, and a self-made fortune in the bank. I was one of the top riders in the world and my career was moving along a perfect arc of success. I returned a different person, literally. In a way, the old me did die, and I was given a second life.”

“The truth is that cancer was the best thing that ever happened to me. I don’t know why I got the illness, but it did wonders for me, and I wouldn’t want to walk away from it.”

“Cancer was like that. It was like being run off the road by a truck, and I’ve got the scars to prove it. There’s a puckered wound in my upper chest just above my heart, which is where the catheter was implanted. A surgical line runs from the right side of my groin into my upper thigh, where they cut out my testicle. But the real prizes are two deep half-moons in my scalp, as if I was kicked twice in the head by a horse. Those are the leftovers from brain surgery.”

When I was 25,1 got testicular cancer and nearly died. I was given less than a 40 percent chance of surviving, and frankly, some of my doctors were just being kind when they gave me those odds.

Athletes – Business of Denial and Self-Abuse

Athletes, especially cyclists, are in the business of denial. You deny all the aches and pains because you have to in order to finish the race. It’s a sport of self-abuse. You’re on your bike for the whole day, six and seven hours, in all kinds of weather and conditions, over cobblestones and gravel, in mud and wind and rain, and even hail, and you do not give in to pain. Everything hurts. Your back hurts, your feet hurt, your hands hurt, your neck hurts, your legs hurt, and of course, your butt hurts. 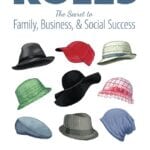 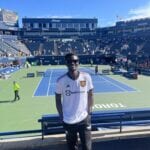