As Sir Roger Bannister, the first man to run a mile in less than four minutes once quipped: “The man who can drive himself further once the effort gets painful is the man who will win.”  Bannister held the record for 46 days before John Landy broke the sub-four-minute mile with a time of 3 minutes 57.9 seconds. The sub-four-minute mile has since been run by 1663 athletes as of April 13, 2021) by runners worldwide.

Bannister observed in his book, The first four minutes:

“Sport leads to the most remarkable self-discovery – of our limitations as well as of our abilities. The discovery is partly physical; one learns, for example, that feeling tired does not mean that the limit of exhaustion has been reached. But mainly the discovery is mental, brought about by the stresses that sport imposes.”

The man who can drive himself further once the effort gets painful is the man who will win.

As the saying goes “Tough times don’t last but tough people do”. On your path to achieving your goal, it is going to get. Tough and challenging with time. Anything worthwhile usually takes dedication, commitment, discipline, consistency, and single-mindedness of purpose to achieve. Overnight success is a myth. When the going gets tough as they often do, it is important to remember why you started in the first place.

The Scandinavians have a saying “There’s no such thing as bad weather, only bad clothes“. The same is true of life, the challenges are going to come as they often do. You have to be prepared for the changing seasons by wearing the appropriate clothing. As author and motivational speaker, Jim Rohn often said “Don’t wish it was easier wish you were better. Don’t wish for less problems wish for more skills. Don’t wish for less challenge wish for more wisdom.”

The greatest achievement was at first and for a time a dream. The oak sleeps in the acorn; the bird waits in the egg, and in the highest vision of the soul a waking angel stirs. Dreams are the seedlings of realities. – James Allen, As a Man Thinketh

Achieving your most cherished goals and aspirations requires pushing your abilities to the edge like Roger Bannister did on his path to breaking the sub-four-minute mile record. Success always requires sacrifice, dedication, commitment, drive and relentless execution of your goals and ideas. As James Allen noted in his classic book, As a man thinketh: “He who would accomplish little need sacrifice little; he who would achieve much must sacrifice much. He who would attain highly must sacrifice greatly.”

Nothing can resist the human will that will stake even its existence on its stated purpose. – Benjamin Disraeli

Whenever you set a goal or challenge yourself, the beginning is usually simple, the middle is messy and the attainment of the goal is filled with excitement and the joy of finishing. Between the messy middle and the triumphant ending, there is a force that makes us want to give up. For the creative, it is resistance and procrastination, the runner hits the wall, and the learner gets frustrated with the false starts and the challenging hurdles that need to be crossed to achieve greatness. As the going. gets tough, the tough get going. You have to constantly push yourself to the edge of your abilities.

As someone that has finished 11+ marathons, I know the pain that goes into finishing a hard goal or challenge. Whether is learning to swim or learning a programming language, I have had the urge to give up and move on to the next thing. But what have observed with setting multiple goals and challenges for myself, is that: You have to keep pushing. If you want to win the prize, you have got to the price. If you work hard, what is hard will work but if you take shortcuts, you would be cut short. This too shall pass.

If you want to win the prize, you have got to the price. If you work hard, what is hard will work but if you take shortcuts, you would be cut short. 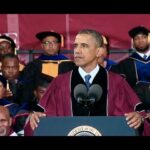 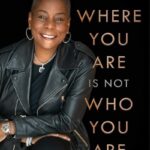