If quality is your edge, you can’t compromise it.

Isadore “Issy” Sharp (born October 8, 1931) is a Canadian hotelier, founder, and chairman of Four Seasons Hotels and Resorts. Isadore started his career working with his father, Max Sharp, in the construction business.

The reason for our success is no secret. It comes down to one single principle that transcends time and geography, religion and culture. It’s the Golden Rule – the simple idea that if you treat people well, the way you would like to be treated, they will do the same.

In his memoir entitled Four Seasons: The Story of a Business Philosophy, 1 founder and chairman of Four Seasons Hotels and Resorts, Isadore Sharp, described his business philosophy, the founding of four seasons, and his approach to life.

Success is: it’s not what you do on your own; it’s how many people have come along with you to reach higher than their expectations ever were.

Isadore Sharp was born October 8, 1931, in Toronto Canada. His father Max Sharp is a Polish Jewish immigrant who grew up in Ostrowiec, Poland. At seventeen, with a visa obtained in Vienna, max went to Palestine.1 He migrated to Toronto in 1925 where he settled with his family.

Our mother was the undisputed head of our family, and in business, social, and family affairs, her word was law. At home, we children did unquestioningly whatever she told us. But outside the house, at an early age, we were independent.

Mom and Dad first lived in downtown Toronto in what was known then as the Ward, moving from 81 Brunswick Avenue, where I was born, to Euclid, Crawford, Clinton, and Major streets. While living in the Ward, my mother gave birth to four children: Edith in 1927, Beatrice in 1929, me in 1931, and Nancy in 1933.

Attending various schools as a teenager, I always starred in sports: hockey, football, basketball, and track and field. I was a popular guy but a lousy student. School to me was a place to have fun. It wasn’t until my last year at Ryerson Polytechnical School, now a university, that I really focused on education.

I went to Ryerson to study architecture because it related to building and I had every intention of making construction my life’s work. In my first year at Ryerson, I played all the sports and was voted Athlete of the Year. In my final year, though still playing sports, I discovered, I’m not sure how, that riding the learning curve has its own appeal, and that year I won a silver medal for academic proficiency, gaining knowledge that would later serve me well.

In 1952, Isadore graduated from Ryerson Institute of Technology with a degree in Architecture.

On graduating from Ryerson at twenty-one years of age, I went immediately into construction with my father, doubling the size of his company. It’s usually difficult for a son to begin work under his father, but for me it was the other way around. Perhaps because I had gone to college and studied drafting and architecture, Dad stepped back to let me take over Max Sharp & Son.

People often ask me about my original vision for Four Seasons. Well, the truth is that there was no vision or grand scheme. In 1961, when I built my first hotel, I knew nothing about the hotel business. My only professional experience was in building apartments and houses. I was just a builder, and the hotel was just another real estate deal. I never thought this was going to be a career, nor did I ever imagine I would one day find myself building and managing the largest and most prestigious group of five-star hotels in the world.

In 1960, Issy founded the Four Seasons Hotel and the first hotel was opened on Jarvis Street in Downtown Toronto in 1961.

The root of the Four Seasons Name 1

We needed a name, and someone came up with “Thunderbird.” But on checking it out, we found it already taken. We kept looking, leafing through phone books to find a name that stood out. Then Eddie remembered a hotel in Munich he had stayed at during one of his buying trips, the finest hotel he knew, the Vier Jahrzeiten. That translated as Four Seasons. It sounded right. And that was the extent of our market research for a name.

We are going to win on quality. Quality is far and away the chief factor in competitiveness. Quality doesn’t necessarily mean luxury. It means giving customers what they expect, meeting customers’ expectations every time. That’s performance, value. We are only what we do, not what we say we are.

A partnership is a legal association to achieve some business purpose. But an alliance is a bonding of people to further their common interests, a much closer connection.

Isadore is married to Rosalie Wise Sharp, and they have three sons: Jordan, Gregory and Anthony. They lost their fourth son, Christopher Sharp to skin cancer (melanoma) in 1978.

Losing Chris changed my life forever. We must each find our own way to deal with the pain of losing a child, and I continue to include Chris as part of our family. Years have passed, but I still say we have four sons, and every day I say the “Mourner’s Kaddish” for Chris. Over time, you build a protective shield to fend off the emotion that a child’s absence arouses at family events, celebrations, and weddings. But there are unexpected times when the shield is down and the tears flow. You never get over it. 1 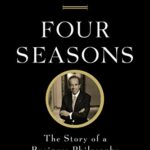 Four Seasons: The Story of a Business Philosophy by Isadore Sharp. 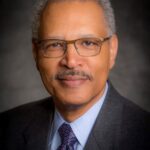