The articles highlighted in the HBR’s 10 Must Reads on Business Model Innovation include:

Business models are, at heart, stories that explain how enterprises work. Like a good story, a robust business model contains precisely delineated characters, plausible motivations, and a plot that turns on an insight about value. It answers certain questions: Who is the customer? How do we make money? What underlying economic logic explains how we can deliver value to customers at an appropriate cost?

A business model isn’t a strategy, even though many people use the terms interchangeably. Business models describe, as a system, how the pieces of a business fit together. But they don’t factor in one critical dimension of performance: competition. That’s the job of strategy.

A good business model answers Peter Drucker’s age-old questions: Who is the customer? And what does the customer value? It also answers the fundamental questions every manager must ask: How do we make money in this business? What is the underlying economic logic that explains how we can deliver value to customers at an appropriate cost?

A competitive strategy explains how you will do better than your rivals. And doing better, by definition, means being different. Organizations achieve superior performance when they are unique, when they do something no other business does in ways that no other business can duplicate.

To determine whether your firm should alter its business model, Johnson, Christensen, and Kagermann advise these steps:

A successful model has these components:

In just three years, the iPod/iTunes combination became a nearly $10 billion product, accounting for almost 50% of Apple’s revenue. Apple’s market capitalization catapulted from around $1 billion in early 2003 to over $150 billion by late 2007.

Patience is the Key

Successful new businesses typically revise their business models four times or so on the road to profitability. While a well-considered business-model-innovation process can often shorten this cycle, successful incumbents must tolerate initial failure and grasp the need for course correction. In effect, companies have to focus on learning and adjusting as much as on executing.

When Your Business Model Is in Trouble: An interview with Rita Gunther McGrath by Sarah Cliffe

Columbia Business School professor RITA GUNTHER McGRATH studies strategy in highly uncertain, volatile environments. She spoke with HBR executive editor Sarah Cliffe about how to recognize an oncoming crisis—and seize opportunities to get ahead of competitors

With product life cycles growing ever shorter and competition cropping up in unexpected places, nearly every industry is facing disruption. How can you tell if your business model is running out of gas? For starters, if your next-generation innovations provide smaller and smaller improvements and your people have trouble thinking of new ways to enhance your offering. Pay heed to the signs and start experimenting with several new options until you find one that will turn your threat into an opportunity.

What are the signs that a business model is running out of gas?

The first clear stage is when next-generation innovations offer smaller and smaller improvements. If your people have trouble thinking of new ways to enhance your offering, that’s a sign. Second, you hear customers saying that new alternatives are increasingly acceptable to them. And finally, the problem starts to show up in your financial numbers or other performance indicators.

Build mechanisms that cause you to reexamine your assumptions.

Business model innovation is typically an ad hoc process, lacking any framework for exploring opportunities. As a result, many companies miss out on inexpensive ways to radically improve their profitability and productivity.

Drawing on the idea that a business model reflects a set of decisions, the authors frame innovation in terms of deciding what products or services to offer, when to make decisions, who should make them, and why the decision makers choose as they do.

A Business Model describes how a company creates and captures value. The features of the model define the customer value proposition and the pricing mechanism, indicate how the company will organize itself and whom it will partner with to produce value, and specify how it will structure its supply chain.

Basically, a business model is a system whose various features interact, often in complex ways, to determine the company’s success.

In any given industry, a dominant business model tends to emerge over time. In the absence of market distortions, the model will reflect the most efficient way to allocate and organize resources. Most attempts to introduce a new model fail—but occasionally one succeeds in overturning the dominant model, usually by leveraging a new technology. If new entrants use the model to displace incumbents, or if competitors adopt it, then the industry has been transformed.

“The “free” business models popularized by companies such as Google, Adobe, and Mozilla are spreading to markets in the physical world, from pharmaceuticals to airlines to automobiles.

Introduce a free basic offering to gain widespread use and then charge for a premium version.

Sell other products that are not directly tied to the free product.

Provide a free product to users and then charge a third party for access to them.

Offer a free product or service with a paid offering.

Why the Lean Start-Up Changes Everything by Steve Blank

First, rather than engaging in months of planning and research, entrepreneurs accept that all they have on day one is a series of untested hypotheses—basically, good guesses. So instead of writing an intricate business plan, founders summarize their hypotheses in a framework called a business model canvas.

Sketch out your Hypotheses

Second, lean start-ups use a “get out of the building” approach called customer development to test their hypotheses. They go out and ask potential users, purchasers, and partners for feedback on all elements of the business model, including product features, pricing, distribution channels, and affordable customer acquisition strategies.

During customer development, a start-up searches for a business model that works. If customer feedback reveals that its business hypotheses are wrong, it either revises them or “pivots” to new hypotheses. Once a model is proven, the start-up starts executing, building a formal organization. Each stage of customer development is iterative: A start-up will probably fail several times before finding the right approach.

In contrast to traditional product development, in which each stage occurs in linear order and lasts for months, agile development builds products in short, repeated cycles. A start-up produces a “minimum viable product”—containing only critical features—gathers feedback on it from customers, and then starts over with a revised minimum viable product.

Finding the Platform in Your Product by Andrei Hagiu and Elizabeth J. Altman

Many companies that sell products or services either don’t realize they could turn their offerings into a platform business or struggle to do so.”

By becoming a multisided platform (MSP) that facilitates interactions between parties, a company may be able to provide new revenue sources while also preventing competitors from stealing market share from its product or service.

FIVE OF THE TEN MOST VALUABLE COMPANIES in the world today—Apple, Alphabet, Amazon, Facebook, and Microsoft—derive much of their worth from their multisided platforms  (MSPs), which facilitate interactions or transactions between parties. Many MSPs are more valuable than companies in the same industries that provide only products or services: For instance, Airbnb is now worth more than Marriott, the world’s largest hotel chain.

Platform businesses that bring together producers and consumers, as Uber and Airbnb do, are gobbling up market share and transforming competition. Traditional businesses that fail to create platforms and to learn the new rules of strategy will struggle.

With a platform, the critical asset is the community and the resources of its members. The focus of strategy shifts from controlling to orchestrating resources, from optimizing internal processes to facilitating external interactions, and from increasing customer value to maximizing ecosystem value.

Some platforms encourage producers to create high-value offerings on them by establishing a policy of “permissionless innovation.” They let producers invent things for the platform without approval but guarantee the producers will share in the value created.

Airbnb and Uber rate and insure hosts and drivers, Twitter and Facebook provide users with tools to prevent stalking, and Apple’s App Store and the Google Play store both filter out low-quality applications.

LAN’s multimodel success comes from recognizing the complementarity of its two high-end services and the distinct, or substitute, nature of its no-frills offering. LAN came to that insight by analyzing the major assets that the models share and the compatibility of the models’ operational resources and capabilities. It recognized that the more the models have in common, the more likely they are to generate greater value together than apart; the less they share, the more likely they are to be best executed separately.

Poverty reaches far beyond emerging markets. In the European Union alone, almost 120 million people—nearly 25% of the population—are deemed at risk of poverty or social exclusion.

Corporations usually try to meet the needs of poorer consumers with low-cost, low-price offers while still making a profit. They have improved access to many products and services, but a substantial number of consumers are still largely excluded.

POVERTY IS NOT JUST AN emerging-market problem. In the United States more than 45 million people, or 15% of the population, are officially poor, according to the Census Bureau. What’s more, this percentage has increased every year but one (2006) since the 21st century began. At 16%, Japan is doing no better. And in the European Union almost 120 million people—one in every four—are classified as at risk of poverty or social exclusion.

Most automakers have offered low-budget cars for decades: The Model T Ford, the VW Beetle, the Mini Cooper, and the Citroën 2CV were in their time designed for what their manufacturers saw as the budget market. Low-cost “hard discounters” such as Aldi and Lidl in Europe and Market Basket in the United States have emerged relatively recently in the retail industry. 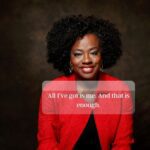 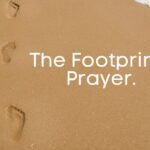