“Relationships with gaslighters are filled with tumult—so much so that it’s easy to feel shame. But being attracted to a gaslighter is no cause for shame. Even brilliant, successful, and otherwise discerning people can be easily seduced by a gaslighter’s many initial charms. ”

Gaslighters who were psychologically abused as children learned maladaptive coping techniques so as to cope with the cruelty inflicted upon them.

Gaslighters use your own words against you; plot against you, lie to your face, deny your needs, show excessive displays of power, try to convince you of “alternative facts,” turn family and friends against you—all with the goal of watching you suffer, consolidating their power, and increasing your dependence on them.

The goal of gaslighters is to keep you off-kilter and questioning your reality. The more you rely on them for the “correct” version of reality, the more control they have over you. This power and control is what gaslighters crave.

True gaslighters would be the last people to seek psychological help. Which is not to say that you might not have some gaslighting traits. If you see yourself as someone with gaslighting behaviors, and you are willing to learn about getting better, you are on the right track here. One of the biggest steps toward making lasting change in your life is acknowledging that you need help.

Gaslighting is essentially all about control, about gaining control over others—whether it is in the workplace, at home, or on a more global scale. You will learn how gaslighters use persuasion tactics to erode your self-esteem. Gaslighters ramp up their manipulation slowly. Once they see that you have accepted a slightly manipulated behavior, they know they’ve got you “locked in.” They will then increase their manipulation of you, betting that you will continue to stick around. Gaslighters know that once you make a commitment to accepting a behavior, you will likely be much more consistent and compliant from then on.

Tools of the Gaslighter

Triangulation is the psychological term for communicating with someone through other people. Instead of directly speaking to someone, gaslighters will go to a mutual friend, another coworker, a sibling, or another parent to get a message across.

Gaslighters also love to pit people against each other. This is known as splitting. It gives them a sense of power and control. An example of splitting would be lying to one friend about another, saying that a mutual friend had said something unflattering about them. They get a power blast from getting people riled up and fighting with each other. The gaslighters will then watch comfortably from the sidelines, the very fight that they caused.

Unless a person says something to you directly, assume that what you are told was said about you by that person is not true.

If gaslighters are caught with the proverbial “hand in the cookie jar,” they will look you right in the eye and tell you they did no such thing. It makes you question your sanity—Maybe I didn’t see them do that after all. This is what they want—for you to become more dependent on their version of reality. They may even push things further along by telling you that you are losing your mind. What gaslighters say is virtually meaningless; they are habitual liars. For this reason, you always want to pay attention to what gaslighters do, not what they say.

They Use “Flying Monkeys”

Gaslighters will try to send messages to you through other people—especially when you take the courageous step to cut off contact. These people are sometimes unwittingly carrying a gaslighter’s messages.

Once you have left a gaslighter, well-meaning friends and relatives may approach you and tell you they think you should give him another chance. They may even tell you that you’ve always been too sensitive or difficult. Chances are, the gaslighter contacted these people to put them up to this. The people who willingly, and sometimes unwittingly, do the gaslighter’s bidding are known as “flying monkeys.” The term comes from the winged creatures who accompanied the Wicked Witch of the West in The Wizard of Oz. The gaslighter sends these messengers to guilt you back into the relationship.

A good example of gaslighting projection is when a cheater constantly accuses his spouse of cheating. Gaslighters turn reality on its head. This is definitely one to watch out for. If you find yourself blaming yourself for your partner’s poor behavior or treatment of you, please consider alternative perspectives.

Projection—they accuse someone else of being manipulative when it is really the gaslighter doing the controlling and manipulating.

Gaslighters are master manipulators and it can be hard to see reality for what it is. What often happens is that we call people on their gaslighting behavior, and they turn around and say it’s you who is the actual gaslighter. They do this to distract you from continuing the conversation about their offending behavior. Gaslighters hate being called out on their behavior—it means that you are on to them.

Gaslighters are amazingly good at keeping their pathology in check until they know you are hooked. The first time your partner blatantly lies, you think you must have misheard him; after all, the person who was showering you with love just wouldn’t do that. But he will, and he will continue to blatantly lie. Gaslighters erode your perception of reality until you feel you cannot function normally without them.

With gaslighting, hoovering is used to describe the way gaslighters will suck you back in if they feel you checking out.

Nothing causes fear in gaslighters more than the feeling of abandonment. This abandonment is what is known as a narcissistic injury. Gaslighters have an endless pit of need—a need for attention. No matter what you do, you will never be humanly capable of fulfilling gaslighters’ needs. They will always turn to something or someone else to fill that void. When they find that something or someone else to transfer their attention to, they will drop you like the proverbial hot potato. It is heartbreaking and confusing. When you first see a gaslighter’s facade crack, it can be startling to see who is really underneath.

Stonewalling is the disappearing act or radio silence gaslighters will treat you to when they get caught and feel that they have been “done wrong,” or just prefer to not talk about something because it’s more convenient for them that way. If you don’t live with them, you won’t see or hear from them. They will not answer texts or calls. Meanwhile, you grow more anxious the longer you don’t hear from them.

The gaslighting behaviors you learned from your parents are called “fleas” because, as the saying goes, “If you lie down with dogs, you will get up with fleas.” Please don’t beat up on yourself. Just because you picked up some coping techniques and manipulative techniques as a way to survive in your environment doesn’t mean you are a gaslighter yourself. But it is true that these behaviors are now maladaptive, as you no longer need them as an adult. As a kid, you may be trapped and vulnerable to having all boundaries crossed; as an adult you have license to set your own boundaries

Gaslighters rarely change, and you don’t need to subject yourself to their manipulations. You have the right to have a peaceful life. Your health and well-being come first.

REFUSE TO ARGUE WITH THE GASLIGHTER

In general, you want to avoid arguing with gaslighters. Just talk about facts and try to avoid using your emotions. I know this can be very difficult to do, but becoming emotional with gaslighters gives them the reward they’re looking for. They thrive on knowing they’ve gotten under your skin, and they’ll just jack up the manipulative behavior if they think they’re succeeding. It’s all a game with them, and you will never win an argument with a gaslighter. It’s like arguing with someone who is drunk. The best thing you can do is maintain a calm voice, even if you feel as though you are going to explode inside.

GETTING OUT OF A RELATIONSHIP WITH A GASLIGHTER

If you are in a relationship with a gaslighter, you need to end it. It is an abusive relationship, and it will not improve. You need to get out. Please, please do the following, with the support of family and friends if you can:

Gaslighters will never own up to their bad behavior. When you confront gaslighters in your family, they may say something like “You’re being too sensitive” or “You’ve never been able to take a joke.” And don’t be surprised if they tell other members of the family, in front of you, what just transpired. They want to embarrass you as much as possible to “get even.” Stand your ground. It takes a lot of courage to be the one to call out gaslighting behavior. Find support elsewhere, if you can, but by all means persevere.

Get Counseling on Your Own

If you’ve been married to and now divorced from a gaslighter, getting counseling for yourself is imperative. You have gone through stresses that other parents don’t typically face. This can lead to you feeling isolated, especially when your friends don’t “get it.” Your friends may not fully understand just how crazy-making your ex is, and you may not talk about it as much with them. A mental health professional can help you learn good self-care and more effective parenting strategies. Counseling is a safe place to get out your frustration and anger toward your gaslighting ex.

In your quest to be healthier, it’s helpful to look at how you interact and communicate with others. There are three main styles of communication: passive, aggressive, and assertive

Passive statements are usually said in a quieter voice and without much eye contact. In passive communication, what’s being conveyed is “I’m not okay, you’re okay.” You don’t state your own needs, you placate, trying to make the other person happy, while ignoring what you want. Very often, people learn to do this with a gaslighting parent so he doesn’t get out of control.

In passive-aggressive speaking style, you don’t let your needs be known, but you act out toward the other person. You might say, “Sure, you can borrow my sweater,” but you then “forget” to give the other person her mail, or talk badly about her. You are denying your rights and trampling on the other person. 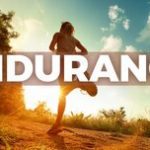 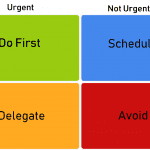