In Four Thousand Weeks: Time Management for Mortals, British journalist Oliver Burkema highlights some great insights about the brevity of life. Burkema notes “If you live to be 80, you’ll have had about 4,000 weeks. But that’s no reason for despair. Confronting our radical finitude – and how little control we really have – is the key to a fulfilling and meaningfully productive life.”

He writes about the finitude of our existence, brevity of life,

Most of us invest a lot of energy, one way or another, in trying to avoid fully experiencing the reality in which we find ourselves. We don’t want to feel the anxiety that might arise if we were to ask ourselves whether we’re on the right path, or what ideas about ourselves it could be time to give up. We don’t want to risk getting hurt in relationships or failing professionally; we don’t want to accept that we might never succeed in pleasing our parents or in changing certain things we don’t like about ourselves—and we certainly don’t want to get sick and die.

We recoil from the notion that this is it—that this life, with all its flaws and inescapable vulnerabilities, its extreme brevity, and our limited influence over how it unfolds, is the only one we’ll get a shot at. Instead, we mentally fight against the way things are—so that, in the words of the psychotherapist Bruce Tift, “we don’t have to consciously participate in what it’s like to feel claustrophobic, imprisoned, powerless, and constrained by reality.”

This struggle against the distressing constraints of reality is what some old-school psychoanalysts call “neurosis,” and it takes countless forms, from workaholism and commitment-phobia to codependency and chronic shyness.

We don’t have to consciously participate in what it’s like to feel claustrophobic, imprisoned, powerless, and constrained by reality. – Bruce Tift

The Paradox of Limitation

The more you try to manage your time with the goal of achieving a feeling of total control, and freedom from the inevitable constraints of being human, the more stressful, empty, and frustrating life gets. But the more you confront the facts of finitude instead—and work with them, rather than against them—the more productive, meaningful, and joyful life becomes.

Life is a trade-off

What you pay attention to will define, for you, what reality is.

Rendering yourself more efficient—either by implementing various productivity techniques or by driving yourself harder—won’t generally result in the feeling of having “enough time,” because, all else being equal, the demands will increase to offset any benefits. Far from getting things done, you’ll be creating new things to do.

You have too much to do, so you try to fit more in, but the ironic result is that you end up with more to do. The worst aspect of the trap, though, is that it’s also a matter of quality. The harder you struggle to fit everything in, the more of your time you’ll find yourself spending on the least meaningful things.

The technologies we use to try to “get on top of everything” always fail us, in the end, because they increase the size of the “everything” of which we’re trying to get on top.

Rather than taking ownership of our lives, we seek out distractions or lose ourselves in busyness and the daily grind, so as to try to forget our real predicament. Or we try to avoid the intimidating responsibility of having to decide what to do with our finite time by telling ourselves that we don’t get to choose at all—that we must get married, or remain in a soul-destroying job, or anything else, simply because it’s the done thing.

It’s only by facing our finitude that we can step into a truly authentic relationship with life.

If you plan to spend some of your four thousand weeks doing what matters most to you, then at some point you’re just going to have to start doing it.

The most effective way to sap distraction of its power is just to stop expecting things to be otherwise—to accept that this unpleasantness is simply what it feels like for finite humans to commit ourselves to the kinds of demanding and valuable tasks that force us to confront our limited control over how our lives unfold.

Life is a succession of transient experiences, valuable in themselves, which you’ll miss if you’re completely focused on the destination to which you hope they might be leading.

1. Where in your life or your work are you currently pursuing comfort, when what’s called for is a little discomfort?

James Hollis recommends asking of every significant decision in life: “Does this choice diminish me, or enlarge me?” The question circumvents the urge to make decisions in the service of alleviating anxiety and instead helps you make contact with your deeper intentions for your time. If you’re trying to decide whether to leave a given job or relationship, say, or to redouble your commitment to it, asking what would make you happiest is likely to lure you toward the most comfortable option, or else leave you paralyzed by indecision. But you usually know, intuitively, whether remaining in a relationship or job would present the kind of challenges that will help you grow as a person (enlargement) or the kind that will cause your soul to shrivel with every passing week (diminishment). Choose uncomfortable enlargement over comfortable diminishment whenever you can.

“Does this choice diminish me, or enlarge me?”

2. Are you holding yourself to, and judging yourself by, standards of productivity or performance that are impossible to meet?

What would you do differently with your time, today, if you knew in your bones that salvation was never coming—that your standards had been unreachable all along, and that you’ll therefore never manage to make time for all you hoped you might? Perhaps you’re tempted to object that yours is a special case, that in your particular situation you do need to pull off the impossible, timewise, in order to avert catastrophe. For example, maybe you’re afraid you’ll be fired and lose your income if you don’t stay on top of your impossible workload. But this is a misunderstanding. If the level of performance you’re demanding of yourself is genuinely impossible, then it’s impossible, even if catastrophe looms—and facing this reality can only help.

“ Let your impossible standards crash to the ground. Then pick a few meaningful tasks from the rubble and get started on them today.”

3. In what ways have you yet to accept the fact that you are who you are, not the person you think you ought to be?

This quest to justify your existence in the eyes of some outside authority can continue long into adulthood. But “at a certain age,” writes the psychotherapist Stephen Cope, “it finally dawns on us that, shockingly, no one really cares what we’re doing with our life. This is a most unsettling discovery to those of us who have lived someone else’s life and eschewed our own: no one really cares except us.

The attempt to attain security by justifying your existence, it turns out, was both futile and unnecessary all along. Futile because life will always feel uncertain and out of your control. And unnecessary because, in consequence, there’s no point in waiting to live until you’ve achieved validation from someone or something else. Peace of mind, and an exhilarating sense of freedom, comes not from achieving the validation but from yielding to the reality that it wouldn’t bring security if you got it.

4. In which areas of life are you still holding back until you feel like you know what you’re doing?

It’s easy to spend years treating your life as a dress rehearsal on the rationale that what you’re doing, for the time being, is acquiring the skills and experience that will permit you to assume authoritative control of things later on.

“There is no institution, no walk of life, in which everyone isn’t just winging it, all the time.”

It’s alarming to face the prospect that you might never truly feel as though you know what you’re doing, in work, marriage, parenting, or anything else. But it’s liberating, too, because it removes a central reason for feeling self-conscious or inhibited about your performance in those domains in the present moment: if the feeling of total authority is never going to arrive, you might as well not wait any longer to give such activities your all—to put bold plans into practice, to stop erring on the side of caution. It is even more liberating to reflect that everyone else is in the same boat, whether they’re aware of it or not.

5. How would you spend your days differently if you didn’t care so much about seeing your actions reach fruition?

What actions—what acts of generosity or care for the world, what ambitious schemes or investments in the distant future—might it be meaningful to undertake today, if you could come to terms with never seeing the results? We’re all in the position of medieval stonemasons, adding a few more bricks to a cathedral whose completion we know we’ll never see. The cathedral’s still worth building, all the same.

The average human lifespan is absurdly, terrifyingly, insultingly short. But that isn’t a reason for unremitting despair, or for living in an anxiety-fueled panic about making the most of your limited time. It’s a cause for relief. You get to give up on something that was always impossible—the quest to become the optimized, infinitely capable, emotionally invincible, fully independent person you’re officially supposed to be. Then you get to roll up your sleeves and start work on what’s gloriously possible instead. 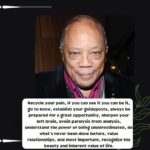 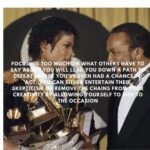