In Fluent in 3 Months: How Anyone at Any Age Can Learn to Speak Any Language from Anywhere in the World, hyperpolyglot Benny Lewis shares the strategies has helped him learn over ten languages—all self-taught. He argues that you don’t need a great memory or “the language gene” to learn a language quickly, and debunks various myths and excuses for language learning.

Grammar is like a really powerful pharmaceutical: it’s helpful in small doses but fatal when overprescribed.

The world is a book, and those who do not travel read only one page.- Saint Augustine

“It’s never too late for an adult of any age to learn a new language.”

The true advantage children have over adults is that they are naturally less afraid to make mistakes. Rather than feel this is a stamp for life, we should learn from children. Try to enjoy the language learning process and don’t be afraid of a little embarrassment. Laugh at your mistakes and have fun with it, instead of being way too grown up about it or taking every minor slipup so seriously. In this sense, we can definitely learn from children!

“Adults struggle with new languages most especially because of a misguided learning approach, their learning environment, or their lack of enthusiasm for the task, all of which can be changed.”

Adults are not worse language learners, but different language learners. The real problem with adult language learners is the environment in which we try to learn languages. A traditional academic environment is already not efficient for children, but this is even more true for adults. If an adult makes a mistake, other adults are less likely to correct that person because they don’t want to insult him or her, but the teacher-student dynamic with children makes this less of a problem.

2. I Don’t Have the Language Gene

Most of the planet actually speaks more than one language. Many places in the West have a huge number of inhabitants who speak two languages, like Quebec, Catalonia, and Switzerland, to name just three. In China, people switch between distinct varieties of Chinese such as Mandarin and Cantonese with ease, and it’s quite common in India to come across someone who can converse in five different languages.

“The fact that a monolingual culture breeds monolinguals doesn’t say anything about an individual’s inherent potential. When it comes to language learning, there is no room for doubt: you decide your own success. Do the necessary work to learn a language, and you’ll catch up with—and even overtake—the “naturally talented.”

It’s not a question of having enough time. I’ve seen more cases than I care to list of people who had all day, every day, for many months to learn a language but squandered that time. It’s all about making time.

“Make the time and change your priorities. Don’t spread yourself thin. Focus on one major project and you will definitely have the time to do what it takes.”

Another huge misconception, especially in America, is that language learning is a privilege reserved for the rich. You have to pour money into expensive language learning courses, software, immersion programs, flights around the world, books, and private teachers—or you will fail miserably.

You’re far more likely to succeed if you pick just one basic product—like a phrase book, for instance—and set yourself to start speaking the language right away. Spending money, or hoarding language products, does nothing for your progress.

You can spend weeks or months saving up for a language learning course, but a course won’t solve all your problems. In fact, it won’t even solve most of them. Courses provide the content of a particular language but offer nothing concerning what you can actually do with that content.

No course will ever be perfect. With that in mind, go get an affordable book or sign up for a free online course, like on Duolingo.com, and remember to do lots of language work on the side—activities that will keep you in genuine interactions with human beings.

6. The Wrong Learning Method Will Doom Me Before I Start.

“It’s okay to have a bumpy start. The trick is to begin!“

Even if you pick the wrong course, or you’ve tried one before, and it didn’t work out, that doesn’t determine how things will go this time. And if you run into new challenges, pick yourself up, dust yourself off, and try again. A little persistence pays off.

“Any energy you put into researching the best possible way to begin would always be better spent on actually learning and using the language.”

7. I Need to Study Before I Can Have a Conversation

You should start to speak a new language from day one. This may seem counterintuitive. Many of us feel we need to study first, until that glorious day when we are “ready” and have “enough” words to finally have a real conversation.

There will always be more words to learn, more grammar to perfect, and more work to tweak your accent. You just have to accept that there will be a few communication problems and you will deal with them.

Those with focus will make the various interests they have in life work sequentially rather than in parallel, so that they are not spreading themselves too thin. This way nothing gets neglected.

9. Some Languages Are Just Too Hard

Nobody wins in this comparison game. If you aren’t learning other languages, then forget them and focus on the one you’re truly passionate about. Think about the many reasons you want to learn a language, and dismiss outright any unhelpful discouragement about its difficulty.

Plateaus themselves are not myths. The fact that we have to be stuck on them is.

You reach a plateau because something in your current approach is not allowing you to progress. If what you’re doing isn’t working, it isn’t good enough and needs to be changed.

Applying higher standards to your target language than you would to your native language is overkill. Rest assured that fluency is very much possible for us mere mortals, even for those of us who did poorly in languages in school. Aim for a conversational level (or lower) first and then strive for fluency.

Mastery can indeed come with time (even if perfection in any language is not possible), but have short-term goals first.

Try to expose yourself to some alternative content in the language—like through its music, cartoons, movies, magazines, jokes, many of which are available online—find a different language exchange partner, or follow any approach that tickles your fancy.

“There are infinite possibilities for learning a new language. With all these options available to you, staying bored is ridiculous. Do something different and you won’t be bored as easily.”

13. Native Speakers Won’t Speak to Me

The problem with this is that you never feel ready enough. There will always be more to learn, so you will always be able to make an excuse that you should go off and learn more words before trying to speak to people. It’s a vicious cycle that keeps many of us from opening our mouths for years.

14. I’ll Always Have an Accent

Even if you may always have an accent, this is no reason not to pour everything into this project so that you can be a genuinely fluent speaker. Speaking perfectly is impossible, because even native speakers make mistakes. And native speakers have interesting and varied accents too!

15. My Friends and Family Won’t Support Me

There is no simple one-size-fits-all solution to this problem. But the first thing you should do is to tell your friends and family that you are passionate about learning a new language and you genuinely need their support. They might not appreciate how seriously dedicated you are to learning the language.

Even if you can get by in other countries speaking only English, you’ll also miss out on a lot. Learning the local language opens up so many doors, from finding cheap local rates to hanging out with people who have never had the chance to speak to foreigners. It allows you to see the true culture of a local place, rather than a cookie-cutter packaged version. And it’s all thanks to not speaking English.

17. I Can’t Keep Up with Other People’s Progress

There is a major problem in comparing ourselves to others—the others we think have it so easy only let us see what they decide to reveal about themselves. When they share their stories and fail to share details about any bumps they’ve encountered on their journeys, it can seem like they have it easy and are much smarter than we are, that we are puny in comparison to such immense giants.

Every successful language learner has had many challenges, failures, and frustrations along the road to fluency and beyond.

There is no one true or perfect approach to language learning that is universally applicable to everyone. The traditional academic approach, which so many of us have passed through, simply does not work for many learners.

“ The trick is to keep trying until you find a way that produces real results for you. It’s never you who’s broken, but your current approach. Fix the approach, discard what doesn’t work, and you will be much more successful.”

19. Once I Forget a Language, I Can’t Relearn It

People who used to speak a different language when they were young but never fully picked it up often feel they let a golden opportunity slip through their fingers. But it’s really just a case of rebooting their efforts and starting fresh with that language until they get it back.

20. Disabilities Make It Impossible to Learn a New Language

Julie is severely deaf and partially blind. Despite this, incredibly, she has still managed to learn five languages as well as the basics of several others.

Most Myths Are Just Excuses

Language learning is a mentally challenging endeavor. As such, if we’re sure we can’t, then we lose our motivation, our passion dwindles, our pessimism takes over, and we simply won’t learn the language. This is not due to any reason we give but our devotion to that reason.

You can have more of it, but there is no threshold you finally cross that signals you’ve arrived. It’s all relative.

Take on the absolute biggest specific problem you may have at a particular moment with a language and help you focus on solving that problem as quickly as possible.

Before you get started on your project, be sure to keep these points in mind:

A Linguist is someone who studies or specializes in linguistics, a polyglot is a person who can speak multiple languages well. 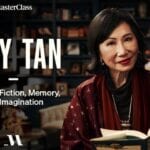 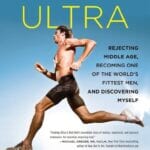