I remember wanting to participate in my first ever marathon in 2013; I was told repeatedly that I can’t do it, “what has gone into you,” some said, you are wasting your time, you cannot finish it etc. What most of them did not know was my reason for wanting to participate in the marathon. I had just lost my dear cousin (Wasiu Idris) in gruesome circumstances in a foreign land. I was in so much pain, grief, dejection, loneliness, sadness, and a very dark place. The marathon was a coping mechanism for me to deal with his death. I eventually finished the marathon in 6hrs+, and the joy of conquering the trail, meditating and mulling about life’s rollercoaster was therapeutic and transformative for me.

On your path to achieving any goal, you are going to come across sometimes – well-meaning individuals and mischievous individuals that are going to discourage you through sarcastic statements such as “You’d better go find something better to do with your life” and “You can not do that,” your race, gender, religion disqualify you from doing that. If you allow it, people will project their insecurities, self-doubt, weakness and fears toward you. As Indian Anti-colonial nationalist and political ethicist, Mahatma Gandhi once said, “First they ignore you, then they laugh at you, then they fight you, then you win.” The key is to believe and bet on yourself against all odds.

In his book, Put Your Dream to the Test: 10 Questions to Help You See It and Seize It, American author John C. Maxwell advises readers to be wary of who to listen to. He writes

Which critics count and which don’t? Heed the advice of the critic when . . .

The journey to your self-actualization is going to be fraught with trials and tribulations, naysayers and doubters but you have to be wary of who you listen to. The world is full of so-called experts and gurus that do not practice what they preach or even know what they are talking about. The business expert without a business, the web developer without a website. That someone is perceived to be an expert or certified in a particular profession does not necessarily mean they know what they are talking about or have your best interest at heart.

The former first lady of the United State, Michelle Obama, narrates a story about her ordeal with a school counsellor that thought she was not Princeton material. In her memoir, Becoming, she writes:

“Early in my senior year at Whitney Young, I went for an obligatory first appointment with the school college counselor to whom I’d been assigned.”

“I can’t tell you much about the counselor, because I deliberately and almost instantly blotted this experience out. I don’t remember her age or race or how she happened to look at me that day when I turned up in her office doorway, full of pride at the fact that I was on track to graduate in the top 10 percent of my class at Whitney Young, that I’d been elected treasurer of the senior class, made the National Honor Society, and managed to vanquish pretty much every doubt I’d arrived with as a nervous ninth grader. I don’t remember whether she inspected my transcript before or after I announced my interest in joining my brother at Princeton the following fall.”

“It’s possible, in fact, that during our short meeting the college counselor said things to me that might have been positive and helpful, but I recall none of it. Because rightly or wrongly, I got stuck on one single sentence the woman uttered.”

“I’m not sure,” she said, giving me a perfunctory, patronizing smile, “that you’re Princeton material.”

“Her judgment was as swift as it was dismissive, probably based on a quick-glance calculus involving my grades and test scores. It was some version, I imagine, of what this woman did all day long and with practiced efficiency, telling seniors where they did and didn’t belong. I’m sure she figured she was only being realistic. I doubt that she gave our conversation another thought.”

Failure is a feeling long before it’s an actual result.

“But as I’ve said, failure is a feeling long before it’s an actual result. And for me, it felt like that’s exactly what she was planting—a suggestion of failure long before I’d even tried to succeed. She was telling me to lower my sights, which was the absolute reverse of every last thing my parents had ever told me.
Had I decided to believe her, her pronouncement would have toppled my confidence all over again, reviving the old thrum of not enough, not enough.”

“But three years of keeping up with the ambitious kids at Whitney Young had taught me that I was something more. I wasn’t going to let one person’s opinion dislodge everything I thought I knew about myself. Instead, I switched my method without changing my goal. I would apply to Princeton and a scattershot selection of other schools, but without any more input from the college counselor. Instead, I sought help from someone who actually knew me. Mr. Smith, my assistant principal and neighbor, had seen my strengths as a student and furthermore trusted me with his own kids. He agreed to write me a recommendation letter.”

I wasn’t going to let one person’s opinion dislodge everything I thought I knew about myself. Instead, I switched my method without changing my goal.

“That day I left the college counselor’s office at Whitney Young, I was fuming, my ego bruised more than anything. My only thought, in the moment, was I’ll show you.”

“And ultimately, I suppose that I did show that college counselor, because six or seven months later, a letter arrived in our mailbox on Euclid Avenue, offering me admission to Princeton.”

“I never did stop in on the college counselor to tell her she’d been wrong—that I was Princeton material after all. It would have done nothing for either of us. And in the end, I hadn’t needed to show her anything. I was only showing myself.”

People are going to say what they want to say, discourage you, and project their fears and insecurities toward you; your job is to let them have their say but focus on your goal. People have the right to their opinion but not the facts. The fact is that you can achieve anything that you set your mind to achieving. It is going to be tough, but you can get the last laugh by succeeding widely. As it is often said, “Success is the best revenge.” 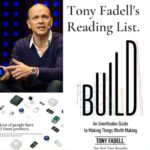 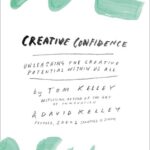