Deliberate Practice: The Path to Greatness.

Not all practice makes perfect. You need a particular kind of practice—deliberate practice—to develop expertise.

We get rewarded in public for what we repeatedly, practice and develop in private. The greats all have something in common: they sweat the small stuff, they are the first in the studio/gym and they are the last to leave, they are the hardest workers in the room and they can and will not be outworked. The ancient Greek poet Archilochus once quipped: “We don’t rise to the level of our expectations; we fall to the level of our training.” We become what we do and think about all day long, where attention goes, energy flows. Success is never an accident, it is the deliberate effort and practice put into the actualization of a worthwhile goal.

“We are what we repeatedly do. Excellence, then, is not an act, but a habit.” – Aristotle

The people we know by their first or last name- Serena, Micheal (Jordan, Tyson, Tyson), Lebron, Giannis, Naomi, Brady, Cristiano, Messi, Tiger, Alli, Phelps, Pele, Gretzky, Jayz, Beyonce, Kobe, Magic, Nadal, et al. They turned their signatures into autograph by following through on what they said they were going to do, they set highly audacious goals, practiced relentlessly, committed, trusted the process, bet on themselves, put in 10,000+ hours to hone their skills and get better in their craft; hence they achieved fame, respect, and honor. As former heavyweight boxing champion, Joe Frazier once said: “You can map out a fight plan or a life plan, but when the action starts, it may not go the way you planned, and you’re down to your reflexes – that means your [preparation:]. That’s where your roadwork shows.”

According to K. Anders Ericsson, Ph.D., Professor of Psychology at Florida State University whose research is the inspiration for the 10,000 hours rule as cited in books such as Malcolm Gladwell’s Outliers: The Story of Success, Geoff Colvin’s Talent Is Overrated, and Daniel Coyle’s The Talent Code. In his research, Ericsson, argues that it takes 10,000 hours of deliberate practice (20 hours for 50 weeks a year for ten years = 10,000) to become an expert in almost anything. He writes:

In most domains of expertise, individuals begin in their childhood a regimen of effortful activities (deliberate practice) designed to optimize improvement. Individual differences, even among elite performers, are closely related to assessed amounts of deliberate practice. Many characteristics once believed to reflect innate talent are actually the result of intense practice extended for a minimum of 10 years. Analysis of expert performance provides unique evidence on the potential and limits of extreme environmental adaptation and learning.

It takes a decade of deliberate practice to become an expert:

The journey to truly superior performance is neither for the faint of heart nor for the impatient. The development of genuine expertise requires struggle, sacrifice, and honest, often painful self-assessment. There are no shortcuts. It will take you at least a decade to achieve expertise, and you will need to invest that time wisely, by engaging in “deliberate” practice—practice that focuses on tasks beyond your current level of competence and comfort. You will need a well-informed coach not only to guide you through deliberate practice but also to help you learn how to coach yourself.

They advised practicing deliberately as a sure-fire way of becoming an expert:

To people who have never reached a national or international level of competition, it may appear that excellence is simply the result of practicing daily for years or even decades. However, living in a cave does not make you a geologist. Not all practice makes perfect. You need a particular kind of practice—deliberate practice—to develop expertise. When most people practice, they focus on the things they already know how to do. Deliberate practice is different. It entails considerable, specific, and sustained efforts to do something you can’t do well—or even at all. Research across domains shows that it is only by working at what you can’t do that you turn into the expert you want to become.

Not all practice makes perfect. You need a particular kind of practice—deliberate practice—to develop expertise

Hungarian-American psychologist Mihaly Csikszentmihalyi, in his seminal work, Flow: The Psychology of Optimal Experience, describes the common characteristics of optimal experience which are usually exhibited by great athletes, actors, writers, creatives, and the happiest people. He writes:

“WE HAVE SEEN HOW PEOPLE DESCRIBE the common characteristics of optimal experience: a sense that one’s skills are adequate to cope with the challenges at hand, in a goal-directed, rule-bound action system that provides clear clues as to how well one is performing. Concentration is so intense that there is no attention left over to think about anything irrelevant, or to worry about problems. Self-consciousness disappears, and the sense of time becomes distorted. An activity that produces such experiences is so gratifying that people are willing to do it for its own sake, with little concern for what they will get out of it, even when it is difficult, or dangerous.”

Flow is being completely involved in an activity for its own sake. The ego falls away. Time flies. Every action, movement, and thought follows inevitably from the previous one, like playing jazz. Your whole being is involved, and you’re using your skills to the utmost. – Mihaly Csikszentmihalyi

The greatest performers have a sense of flow as they have practiced deliberately and consistently over a long period of time. When they appear on stage, in the field, stadium, concerts, studio, gym, or any venue to perform, they have so much muscle memory that it becomes effortless and looks easy. Most of them have innate talent but they still had to nurture the raw talent to make meaning of it. As Hong Kong American martial artist and actor Bruce Lee once noted: “I fear not the man who has practiced 10,000 kicks once, but I fear the man who has practiced one kick 10,000 times.”

English-born Canadian writer and journalist Malcolm Gladwell in his book, Outliers: The story of success popularized the concept of the 10,000-hour rule. He writes:

“People don’t rise from nothing. We do owe something to parentage and patronage. The people who stand before kings may look like they did it all by themselves. But in fact, they are invariably the beneficiaries of hidden advantages and extraordinary opportunities, and cultural legacies that allow them to learn and work hard and make sense of the world in ways others cannot. It makes a difference where and when we grew up. The culture we belong to and the legacies passed down by our forebears shape the patterns of our achievement in ways we cannot begin to imagine. It’s not enough to ask what successful people are like, in other words. It is only by asking where they are from that we can unravel the logic behind who succeeds and who doesn’t.”

Success has to do with deliberate practice. Practice must be focused, determined, and in an environment where there’s feedback. – Malcolm Gladwell

The idea that excellence at performing a complex task requires a critical minimum level of practice surfaces again and again in studies of expertise. In fact, researchers have settled on what they believe is the magic number for true expertise: ten thousand hours.

“The emerging picture from such studies is that ten thousand hours of practice is required to achieve the level of mastery associated with being a world-class expert in anything,” writes the neurologist Daniel Levitin. “In study after study, of composers, basketball players, fiction writers, ice skaters, concert pianists, chess players, master criminals, and what have you, this number comes up again and again. Of course, this doesn’t address why some people get more out of their practice sessions than others do. But no one has yet found a case in which true world-class expertise was accomplished in less time. It seems that it takes the brain this long to assimilate all that it needs to know to achieve true mastery.”

In Talent Is Overrated: What Really Separates World-Class Performers from Everybody Else, author Geoffrey Colvin noted that the greatest performers succeed through lifelong and relentless “deliberate practice”. He writes:

The most important effect of practice in great performers is that it takes them beyond—or, more precisely, around—the limitations that most of us think of as critical. Specifically, it enables them to perceive more, to know more, and to remember more than most people. Eventually, the effects go beyond even that. Many years of intensive deliberate practice actually change the body and the brain. There’s a good reason why we see the world’s great performers as being fundamentally different from us, as operating on a completely different plane. It’s because they are and they do. But they didn’t start out that way, and the transformation didn’t happen by itself.

I have been writing consistently on this blog for the past year, every Tuesday and most Thursdays. I write about topics am passionate about, dots have connected, insights have garnered and lessons learned from books, audiobooks, magazine, documentaries. podcast, thinking among other things. For most topics, I am interested in: I read books, research about it online, listen to audiobooks among other things. Like any new skill, it has not been easy to master the techniques and strategies for becoming a great writer. I try to write every weekday (Monday to Friday) and research the blog post, one week ahead of posting. I am a work in progress and it is still a long way before I become a bestselling non-fiction writer but I am deliberately practicing daily, showing up and betting on myself.

There is nothing to writing. All you do is sit down at a typewriter and bleed. – Ernest Hemingway

You do not have to be great to start but you have to start to be great. No one starts where they are right now, the greats deliberately practiced, disciplined themselves, showed up consistently, and trusted the process. As you can see in my blog posts, it contains loads of grammatical errors, style inconsistencies but I am getting better with time. I am not yet a great best-selling author but at least am a writer, as I write consistently. With time, I would figure it out. As author Natalie Goldberg, writes in her book: Writing Down the Bones: Freeing the Writer Within “Basically, if you want to become a good writer, you need to do three things. Read a lot, listen well and deeply, and write a lot.” I have been reading a lot (100 Book Challenge), listening to audiobooks, and I have been practicing my writing through this blog.

Greatness lies, not in being strong, but in the right using of strength; and strength is not used rightly when it serves only to carry a man above his fellows for his own solitary glory. He is the greatest whose strength carries up the most hearts by the attraction of his own. – Henry Ward Beecher 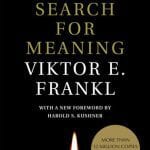 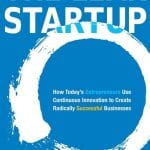