Book Summary: Defining Decade: Why Your Twenties Matter And How To Make The Most Of Them Now by Dr. Meg Jay.

“The future isn’t written in the stars. There are no guarantees. So claim your adulthood. Be intentional. Get to work. Pick your family. Do the math. Make your own certainty. Don’t be defined by what you didn’t know or didn’t do. You are deciding your life right now.”

According to New York Times bestselling psychologist Dr. Meg, claiming your twenties is one of the most transformative things you can do for yourself as this decade decides the coming decades. The book’s ideas are transformative; I wished I read the book in my twenties, but the key is to become better self-aware of yourself and your environment. Today matters, the decisions you make on a day-to-day basis affects and determines the coming weeks, months, years, and decade.

Dr. Meg Jay, argues that twentysomethings have been caught in a swirl of hype and misinformation, much of which has trivialized what is actually the most defining decade of adulthood. The book is about why your twenties matter, and how to make the most of them now.

Drawing from almost two decades of work with hundreds of clients and students, The Defining Decade weaves the latest science of the twentysomething years with the behind-closed-doors stories from twentysomethings, themselves. The result is a provocative read that provides the tools necessary to make the most of your twenties, and shows us how work, relationships, personality, social networks, identity, and even the brain can change more during this decade than at any other time in adulthood—if we use the time wisely.

“To achieve great things, two things are needed: a plan, and not quite enough time.” – Leonard Bernstein

Here are my favourite take-aways from reading, Defining Decade by Dr. Meg Jay:

80 percent of life’s most defining moments take place by age 35. That means that eight out of 10 of the decisions and experiences and “Aha!” moments that make your life what it is will have happened by your mid-30s.

To a great extent, our lives are decided by far-reaching twentysomething moments we may not realize are happening at all.

Some say the twentysomething years are an extended adolescence while others call them an emerging adulthood. This so-called changing timetable for adulthood has demoted twentysomethings to “not-quite-adults” just when they need to engage the most.

“The unexamined life is not worth living,” –  Socrates

Our cultural attitude toward the twenties is something like good old American irrational exuberance. Twenty-first-century twentysomethings have grown up alongside the dot-com craze, the supersize years, the housing bubble, and the Wall Street boom.

Start-ups imagined slick websites would generate money and demand; individuals failed to consider the fat and calories that went along with supersizing fast food; homeowners banked on ever-appreciating homes; financial managers envisioned markets always on the rise. Adults of all ages let what psychologists call “unrealistic optimism”—the idea that nothing bad will ever happen to you—overtake logic and reason. Adults of all backgrounds failed to do the math. Now twentysomethings have been set up to be another bubble ready to burst.

“The unlived life is not worth examining.” – American psychologist Sheldon Kopp

In almost all areas of development, there is what is called a critical period, a time when we are primed for growth and change, when simple exposure can lead to dramatic transformation. Children effortlessly learn whatever language they hear before the age of five. We develop binocular vision between three and eight months of age. These critical periods are windows of opportunity when learning happens quickly. Afterward, things are not so easy.

The twenties are that critical period of adulthood.

These are the years when it will be easiest to start the lives we want. And no matter what we do, the twenties are an inflection point—the great reorganization—a time when the experiences we have disproportionately influence the adult lives we will lead.

Identity capital is our collection of personal assets. It is the repertoire of individual resources that we assemble over time. These are the investments we make in ourselves, the things we do well enough, or long enough, that they become a part of who we are. Some identity capital goes on a résumé, such as degrees, jobs, test scores, and clubs. Other identity capital is more personal, such as how we speak, where we are from, how we solve problems, how we look.

Identity capital is how we build ourselves—bit by bit, over time. Most important, identity capital is what we bring to the adult marketplace. It is the currency we use to metaphorically purchase jobs and relationships and other things we want.

You can’t think your way through life. The only way to figure out what to do is to do—something.

The Strength of Weak Ties

Weak ties feel too different or, in some cases, literally too far away to be close friends. But that’s the point. Because they’re not just figures in an already ingrown cluster, weak ties give us access to something fresh. They know things and people that we don’t know. Information and opportunity spread farther and faster through weak ties than through close friends because weak ties have fewer overlapping contacts. Weak ties are like bridges you cannot see all the way across, so there is no telling where they might lead.

“It’s not just who and what our ties know that matters. It is how we communicate with them as well. Because close-knit groups of strong ties are usually so similar, they tend to use a simple, encoded way of communicating known as restricted speech. Economical but incomplete, restricted speech relies on in-crowd colloquialisms and shortcuts to say more with less. Texters all know that FTW means “for the win” just as businesspeople know that JIT stands for “just in time.”

“Weak ties, on the other hand, force us to communicate from a place of difference, to use what is called elaborated speech. Unlike restricted speech, which presupposes similarities between the speaker and the listener, elaborated speech does not presume that the listener thinks in the same way or knows the same information. We need to be more thorough when we talk to weak ties, and this requires more organization and reflection. There are fewer tags, such as “ya know,” and sentences are less likely to trail off at the end. Whether we are talking about career ideas or our thoughts on love, we have to make our case more fully. In this way, weak ties promote, and sometimes even force, thoughtful growth and change.”

“Weak ties are the people who will better your life right now—and again and again in the years to come—if you have the courage to know what you want.

“Because our twenties are when we transition into so many new things, twentysomething life is full of new and surprising moments, even flashbulb memories. In fact, multiple studies have shown that more vivid memories come from early adulthood than any other developmental stage. Some of these memories are unusually happy, such as getting a dream job or going on a great first date. Other surprising moments are especially difficult, such as hitting Reply All on an e-mail intended for one person, or waiting a miserably long week for the results of an STD test after a night of unprotected sex, or being dumped via text message”

“Everyone learns things the hard way at some time or another, and our brains take pictures so the learning stays with us. This is the basis for the saying “That’s a lesson you’ll never forget.” It is a jarring—but efficient and often necessary—way to grow.”

“Life stories with themes of ruin can trap us. Life stories that are triumphant can transform us.” 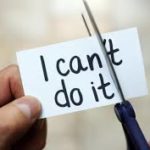 A Thousand to One by Berton Braley.