Confessions of an Advertising Man by David Ogilvy.

The confessions of an Advertising Man was first published in 1963, and it is considered as essential reading for advertising students and practitioners.

“My boyhood hero had been Lloyd George, and I had expected to become Prime Minister when I grew up. Instead, I finally became an advertising agent on Madison Avenue; the revenues of my nineteen clients are now greater than the revenue of Her Majesty’s Government.”

Not all those who wander are lost

“For the next seventeen years, while my friends were establishing themselves as doctors, lawyers, civil servants, and politicians, I adventured about the world, uncertain of purpose. I was a chef in Paris, a door-to-door salesman, a social worker in the Edinburgh slums, an associate of Dr. Gallup in research for the motion picture industry, an assistant to Sir William Stephenson in British Security Co-ordination, and a farmer in Pennsylvania.”

“Thirty years ago I was a chef at the Hotel Majestic in Paris. There were thirty-seven chefs in our brigade. We worked like dervishes, sixty-three hours a week—there was no trade union. From morning to night we sweated and shouted and cursed and cooked. Every man jack was inspired by one ambition: to cook better than any chef had ever cooked before. Our esprit de corps would have done credit to the Marines.

“Monssieur Pitard, the head chef, inspired such white-hot morale, I could apply the same kind of leadership to the management of my advertising agency.”

“To begin with, he was the best cook in the whole brigade, and we knew it. He had to spend most of his time at his desk, planning menus, scrutinizing bills, and ordering supplies, but once a week he would emerge from his glass-walled office in the middle of the kitchen and actually cook  something. A crowd of us always gathered around to watch, spellbound by his virtuosity. It was inspiring to work for a supreme master.”

“I found my sixty-three hours bending over a red-hot stove so exhausting that I had to spend my day off lying on my back in a meadow, looking at the sky. But Pitard worked  seventy-seven  hours a week, and took only one free day a fortnight.”

How to Manage an Advertising Agency

“Like most doctors, you are on call day and night, seven days a week. This constant pressure on every advertising executive must take a considerable physical and psychological toll—the pressure that the executive places on the account executive, on the supervisor, and they in turn on the creative people. Then, most of all, the clients’ pressures on them and on you.”

“In the advertising industry to be successful you must, of necessity, accumulate a group of creative people. This probably means a fairly high percentage of high strung, brilliant, eccentric nonconformists.”

“Running an agency takes vitality, and sufficient resilience to pick oneself up after defeats. Affection for one’s henchmen, and tolerance for their foibles. A genius for composing sibling rivalries. An unerring eye for the main chance. And morality—people who work in advertising agencies can suffer serious blows to their  esprit de corps  if they catch their leader in acts of unprincipled opportunism.”

“So once a year I assemble the whole brigade in the auditorium of the Museum of Modern Art, and give them a candid report on our operations, profits and all. Then I tell them what kind of behavior I admire, in these terms:”

(1) I admire people who work hard, who bite the bullet. I dislike passengers who don’t pull their weight in the boat. It is more fun to be overworked than to be underworked. There is an economic factor built into hard work. The harder you work, the fewer employees we need, and the more profit we make. The more profit we make, the more money becomes available for all of us.

(2) I admire people with first-class brains, because you cannot run a great advertising agency without brainy people. But brains are not enough unless they are combined with intellectual honesty,”

(3) I have an inviolable rule against employing nepots and spouses, because they breed politics. Whenever two of our people get married, one of them must depart—preferably the female, to look after her baby.

(4) I admire people who work with gusto. If you don’t enjoy what you are doing, I beg you to find another job. Remember the Scottish proverb, “Be happy while you’re living, for you’re a long time dead.”

(5) I despise toadies who suck up to their bosses; they are generally the same people who bully their subordinates.

(6) I admire self-confident professionals, the craftsmen who do their jobs with superlative excellence. They always seem to respect the expertise of their colleagues. They don’t poach.

(7) I admire people who hire subordinates who are good enough to succeed them. I pity people who are so insecure that they feel compelled to hire inferiors as their subordinates.

(8) I admire people who build up their subordinates, because this is the only way we can promote from within the ranks. I detest having to go outside to fill important jobs, and I look forward to the day when that will never be necessary.

(9) I admire people with gentle manners who treat other people as human beings. I abhor quarrelsome people. I abhor people who wage paper-warfare. The best way to keep the peace is to be candid.

(10) I admire well-organized people who deliver their work on time. The Duke of Wellington never went home until he had finished  all  the work on his desk. 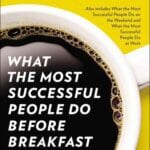 Book Summary: What the Most Successful People Do Before Breakfast by Laura Vanderkam. 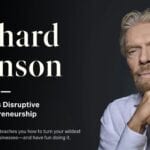