Coded Bias highlights our collective social misconception about Artificial Intelligence and Facial recognition. The documentary advocates for an urgent need for legislative protection through regulation and moderation.

The documentary begins with a voice-over of Microsoft’s  Artificial Intelligence ChatterBot “Tay” which was originally released by Microsoft Corporation via Twitter on March 23, 2016.

Hello World! Can I just say that I’m stoked to meet you. Humans are super cool. The more humans share with me, the more I learn

When MIT researcher, poet and computer scientist Joy Buolamwini uncovers racial and gender bias in AI systems sold by big tech companies, she embarks on a journey alongside pioneering women sounding the alarm about the dangers of unchecked artificial intelligence that impacts us all. Through Joy’s transformation from scientist to steadfast advocate and the stories of everyday people experiencing technical harms, Coded Bias sheds light on the threats A.I. poses to civil rights and democracy.

Over 117 million people in the US has their face in a facial-recognition network that can be searched by the police.

Racism is becoming mechanized and robotized.

Power is being wielded through data collection, through algorithms, through surveillance.

According to a 2018 Big Brother Watch UK report:

A British Security Industry Association (BSIA) reports estimates that the total number of CCTV cameras in the United Kingdom is around 4 million to 6 million. That equates to 7.5 cameras for every 100 people in the country – the third-highest total on the planet behind the US and China.

There are two ways in which you can program a computer.

And the scary part is that, because it’s machine learning, it’s a black box to even the programmers.

A key difference between USA and China’s surveillance is that China is transparent about it.

Nearly 4 million Americans lost their homes in the 2008 financial crisis.

Less than 14% of A.I. researchers are women.

“You had to live – did live, from habit that became instinct – in the assumption that every sound you made was overheard, and, except in darkness, every moment scrutinized.“

“On each landing, opposite the lift-shaft, the poster with the enormous face gazed from the wall. It was one of those pictures which are so contrived that the eyes follow you about when you move. BIG BROTHER IS WATCHING YOU, the caption beneath it ran.” – 1984, George Orwell 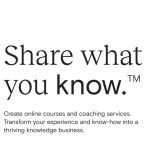 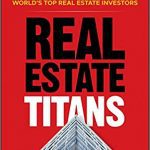