Book Summary -Too Much Information by Cass R. Sunstein.

In Too Much Information: Understanding What You Don’t Want to Know,  American legal scholar Cass R. Sunstein examines the effects of information on our lives. Policymakers emphasize “the right to know,” but Sunstein takes a different perspective, arguing that the focus should be on human well-being and what information contributes to it. Government should require companies, employers, hospitals, and others to disclose information not because of a general “right to know” but when the information in question would significantly improve people’s lives.

Two Reasons to know when people want to know, it is often for one of two reasons.

In behavioral science, it has become standard to distinguish between two families of cognitive operations in the human mind. System 1 is fast, automatic, intuitive, and sometimes emotional. System 2 is slow, calculative, and deliberative.

System 2 emphasizes the uses of information. It thinks: Can I do something with this? System 1 is attracted to or repelled by information. It thinks: Would knowing this make me happy or sad? Most people tend to think of information in the terms made relevant by System 2, and it is immensely important to do that. But in much of life, System 1 runs the show. When we are keen to know or repelled by the very prospect of knowing, it is usually because of the operations of System 1.

It follows that even if information is not useful, people might want it because they expect that it will make them feel great.

Behavioral scientists have also shown that our decisions are not always entirely rational. People use heuristics, or mental shortcuts, which may lead them in unfortunate directions, and they are also biased in various ways. When people decide whether to obtain information, heuristics and biases matter as well. Of special importance is present bias, which means that people often focus on today and tomorrow, while neglecting the long-term.

The use of ignorance as an excuse to over-indulge in pleasurable activities that may be harmful to one’s future self.” The idea here is that if people are present-biased, they might avoid information that would make current activities less attractive—perhaps because it would produce guilt or shame, perhaps because it would suggest an aggregate trade-off that would counsel against engaging in such activities.

At the same time, the desire to obtain information will also be affected by optimistic bias. If people think that they are likely to receive good news, they are more likely to want to know “whether.” And indeed, most people do show unrealistic optimism, at least in the sense that they think that their personal prospects (with respect to health, safety, and other things) are better than average—and in fact better than statistical reality warrants.20 Unrealistic optimism can counteract loss aversion and lead people to get information that might turn out to be exceedingly useful.

The most recent official report finds that in 2015, Americans spent 9.78 billion hours on federal paperwork. In early 2019, an official running count had the number at a whopping 11.3 billion hours.

The future often seems like a foreign country—Laterland—and people are not sure that they will ever visit. It is often tempting to put off administrative tasks until another day. That day may never come, even if the consequences of delay are quite serious. 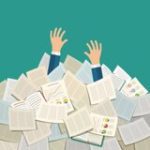 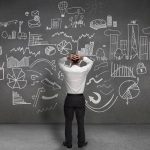