Procrastination is a habit you develop to cope with anxiety about starting or completing a task. It is your attempted solution to cope with tasks that are boring or overwhelming.

Procrastination is a mechanism for coping with the anxiety associated with starting or completing any task or decision.

Procrastination is a habit you develop to cope with anxiety about starting or completing a task. It is your attempted solution to cope with tasks that are boring or overwhelming.

“People don’t procrastinate just to be ornery or because they’re irrational. They procrastinate because it makes sense, given how vulnerable they feel to criticism, failure, and their own perfectionism.”

Procrastination is not the cause of our problems with accomplishing tasks; it is an attempt to resolve a variety of underlying issues, including low self-esteem, perfectionism, fear of failure and of success, indecisiveness, an imbalance between work and play, ineffective goal-setting, and negative concepts about work and yourself.

The Now Habit frees you of shame and blame and moves you to a leadership perspective in your life. From this awakened sense of a larger, stronger self, you are free of the inner conflict between the inner voices of “you have to” versus “but I don’t want to.

Now Habit: the ability to put aside the fear of failure, the terror of feeling overwhelmed, and low self-esteem, and focus your mind on what you can start now. The skills and strategies of the Now Habit program will let you think of yourself as a producer, feel like a producer, and act like a producer.

The Now Habit is based on the fact that somewhere in your life there are leisure activities and forms of work that you choose to do without hesitation. You are more than “a procrastinator.” You do not procrastinate twenty-four hours a day. When you turn your attention toward what you love to do—activities that foster your spontaneity, motivation, and curiosity—you know that you are more than a procrastinator, more than just lazy. With these experiences you can begin to shed your identity as a procrastinator and reconnect with your innate human drive to produce and make a contribution.

Procrastination does not start the pattern. From the perspective of the Now Habit, procrastination follows perfectionistic or overwhelming demands and a fear that even minor mistakes will lead to devastating criticism and failure.

We can become addicted to the rewards of procrastination, learning to use it in three main ways:

1. as an indirect way of resisting pressure from authorities;

2. as a way of lessening fear of failure by providing an excuse for a disappointing, less-than-perfect performance;

3. and as a defense against fear of success by keeping us from doing our best.

Keeping a record of how your time is spent will alert you to many areas of inefficiency and lost time, but it will not provide you with the cues in the actual work situation that signal the need for a change in focus if you are to avoid falling back into your old patterns. For that you’ll need to keep a procrastination log, which links the avoided activity to a specific thought, justification, attempted solution, and resultant thought.

One of the most devastating consequences of procrastination is that it leads to putting off living. We often let its insidious cycle prevent us from experiencing the rewards of accomplishment in our work and the full enjoyment of our play.

“Putting off living” is the most tragic form of procrastination we can engage in. Not only does it keep us from completing the really important tasks in life, it lessens our respect for ourselves by keeping us engaged in destructive, delaying tactics such as overeating, excessive TV watching, the investment of time and money in a succession of halfhearted and rapidly abandoned hobbies and schemes.”

“Guilt-free play is based on the seeming paradox that in order to do productive, high-quality work on important projects, you must stop putting off living and engage wholeheartedly in recreation and relaxation.“

Grant me the stubbornness to struggle against things I cannot change; the inertia to avoid work on my own behaviors and attitudes which I can change; and the foolishness to ignore the differences between external events beyond my control and my own controllable reactions. But most of all, grant me a contempt for my own human imperfection and the limits of human control.

The three major fears that block action and create procrastination are: the terror of being overwhelmed, the fear of failure, and the fear of not finishing.

These three blocks usually interact with each other and escalate any initial fears and stresses. Overcoming any one of the three quickens the destruction of the remaining blocks because you build confidence as you face and live through any fear.

To diminish the stresses and anxieties that lead to avoiding large and important tasks, the three Now Habit tools:

• three-dimensional thinking and the reverse calendar, to combat the terror of being overwhelmed

• persistent starting, to tackle fear of not finishing

This view lets you mentally spread the work out over the days and weeks ahead, creating your own deadlines for the subdivisions of the project.

When you learn to look at projects this way, you rapidly diffuse the condensed effort of two-dimensional thinking into a three-dimensional and four-dimensional view spread over distance and time. Now, instead of facing a large, looming, impossible task, you’re facing only small units that you can see yourself accomplishing.

The task of finishing has its own qualities of tying things up and polishing, but essentially, all large tasks are completed in a series of starts. Your skills at overcoming the blocks to action will help you finish. Use these strategies and your recognition of negative self-talk to conquer your terror of being overwhelmed, fear of failure, and fear of finishing. Keep on starting, and finishing will take care of itself. When you’re afraid of finishing, keep asking, “When can I start?”

The Unschedule asks you to aim at starting for just thirty minutes. By committing to start working for no more than thirty minutes each day, you can begin a program that turns you from a procrastinator to a producer.

The important thing is that you got started. When you’ve overcome inertia, you’ve gotten yourself beyond the most difficult part. Sometimes “getting started” is enough to get it finished as well. The act of starting reveals the real work you must do, rather than the work of avoiding what has been feared. As you face that fear you see that there is only work, difficult perhaps, but not the multiple worries and anxieties you imagined.

Learning to work creatively and knowing that you can tap into creative states at will can lessen the drudgery of work and increase your excitement about how you work. By decreasing the agony of onerous work, creative states of mind bypass much of the struggle and fear that cause you to defend yourself with procrastination.

One of the best-kept secrets of successful producers is their ability to let go of goals that cannot be achieved or started in the near future. To set realistic goals you must be willing to fully commit to working on the path to that goal and be capable of investing the time and energy required to start now. If you cannot find the time or motivation to start working on that goal, let go of it, or it will keep haunting you, making you feel like a procrastinator—as if you’d failed to accomplish something important that you promised yourself you would achieve. 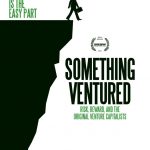 Something Ventured: Risk, Reward and The Original Venture Capitalist. 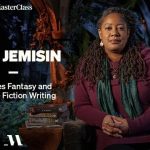