Codependency is about normal behaviors taken too far. It’s about crossing lines.

In The New Codependency: Help and Guidance for Today’s Generation, the self-help writer and author of Codependent No More, Melody Beattie updates the concept of codependency with strategies such as self-care, detachment, letting go, setting boundaries, and building a healthy relationship in our ever-changing world. Me

What Codependency Is and Isn’t

Recovery isn’t about pointing fingers; it’s about taking responsibility for ourselves.

What people think codependency is

Some people call codependency a sign of the Me generation, another excuse for selfish people to continue putting them- selves first. Some people believe (incorrectly) that recovering from codependency means they have to get a divorce. Or they’re afraid that codependency recovery behaviors will conflict with their religious beliefs. Others think detachment means becom- ing cold and uncaring. Those are misconceptions that don’t come close to what being healthy and functional means.

People don’t have to sit at home staring at the phone, waiting for him or her to call like codependents used to do. In- stead of detaching, the new codependents leave the house, bringing their cell phones and obsessions with them. It’s also easier now to mask the anxiety, grief, and depression that accompany codependency by taking medications that weren’t around when codependency recovery began. While using medication is a personal choice, it’s important not to take prescriptions to endure miserable situations or lose touch with who we are and what we need.

Choosing our actions instead of reacting can change the course of history or at least the course of our lives. Most professionals agree that detaching in love from an alcoholic creates an environment more conducive to that person becoming sober than nagging, screaming, and beating our chest in martyrdom.

Just as we’re instructed in an airplane (in the event of low cabin pressure) to put on our oxygen mask first before helping others, we know that taking care of ourselves helps us love people better. Taking care of ourselves isn’t selfish—un-less we cross the line and don’t care about others at all. That’s as unhealthy as helping too much.

Information is essential. Change is experiential.

Reading about a problem is like reading a travel guide. We find suggestions about what to see, what to avoid, and other tips. But reading the book is different from taking the trip. That’s also how it is with growth. Information is essential. Change is experiential.

We can have stacks of information about setting boundaries, but it still takes those confusing, hurtful situations to help us understand our limits. Reading encyclopedias about caretaking and control won’t substitute for a drug-addicted son or an alcoholic wife teaching us about surrendering or letting go.

We don’t learn about taking care of ourselves the way we learn math. Although information is useful and sometimes critical, self-care isn’t only an intellectual process. It’s our experiences that change us.

Boundaries aren’t something we just “get.” They come from inside of us as honest expressions of who we are. At first setting limits is hard, but it becomes easier with practice and time. We open our mouths and say what we mean instead of saying what we think people want to hear.

• what we’ll do if people don’t stop treating us a particular way;

• what people can or can’t do to or around us—in our space;

• how far we’ll go for someone; • how far other people can go with us;

• what we will and won’t tolerate;

• what we will or won’t do if people don’t respect the boundaries we set.

Boundaries come from speaking our truth.

• aligning with or stepping into our power.

Caretaking is what we think we have to do to be a good person. It fills the emptiness inside and compensates for feeling like we don’t have a life. It allows us to hide low self-worth and attaches us to people. It makes people look like they’re dependent on us when we’re the ones who need them.

Rescuing is related to caretaking, and that doesn’t mean sav- ing someone from a burning building. Rescuing often helps people be irresponsible, negligent, or addicted. Instead of letting them face the consequences of their behaviors, we take their consequences for them. What we’re helping people to do is hurt themselves and us.

Addiction is a disease. Anyone could get it: rich, poor, men, women, children.

Chemically dependent people numb themselves with alcohol and drugs. They don’t know or feel what they’re feeling. Codependents go numb by obsessing, controlling, denying.  It’s crazy-making when we feel guilty and apologize when the other person does something wrong.

Codependency isn’t minor. The problems from it can progress, become fatal, or cause relapse unless we address those issues. It’s common for codependents to medicate emotions. Codependency hurts. Again, it’s about crossing lines. When we cross the line from social or problem drinking, or pseudo addiction into true alco- holism and addiction, alcoholism becomes a primary problem of its own. But at some time to continue our healing, we need to address the issues underneath.

Learn to say the hard stuff and the easy stuff. Before long, all of it will be the same: We’ll be expressing our Truth, who we are, and what we honestly have to say.

When we step into the control trap, we step out of Grace. We’re tense and frightened. We lose our connection to ourselves, people, God, and Life. There’s an indescribable gift that helps us get through our worst and best days: Grace. We can’t have it both ways. We either try to control or we get the gift of Grace.

When we’re in the control trap, nothing feels right. Seeing anything through the eyes of control takes it out of focus. We can’t be who we are and be controlling at the same time. Control eliminates any possibility of being real.

Live in the Moment

Living in the moment—free of agendas—is the best way to avoid setting ourselves up to feel used. If we aren’t happy with the situation now, we probably won’t be tomorrow. Today is as good as it gets. People dangle many things to get what they want: money, power, love, or sex. “Give me what I want, then I’ll give you what you want” is an unspoken promise. The problem is, they don’t mean it.

Impermanence is a hard concept to grasp, and even harder to become comfortable with—but it’s a truth and a universal law. Everything comes to pass. Even our lessons end once we learn them. We don’t stay in the classroom after we pass our final exams. We can try to hold on after our lessons are finished, but things won’t be the same.

We don’t know it’s the good old days until the days are gone. That’s one reason it’s so important to make every moment count.

The way to accomplish the most difficult, overwhelming task isn’t to speed up. Slow down. Slowing down is how we speed up. Empower yourself and others. Tell people and ourselves we can. Some people and therapists create dependent relation- ships, pretending they have power over people. This is an illusion that creates unhealthy relationships. People often buy into the illusion—and spend a lot of money paying for it.

Resistance is our first-line defense to anything we don’t like— whether it’s something happening inside, to, or around us, or to someone we love. It makes sense to try to make what we don’t like go away. But resistance does the opposite of what we want to accomplish. It doesn’t make anything better; it makes whatever’s happening worse. Resistance is similar to denial.

When we’re unconscious of our resistance, we get tangled up in events. We block emo- tions. We battle Life.

The biggest codependent issue many of us have is our need to control. Underneath that behavior is fear. Under that is lack of trust. We’re afraid of what will happen if we don’t micromanage (a savvy, new word for control).

Untreated chemical dependency results in incarceration, early death, or insanity. Or it results in long, miserable lives. Recovery is a life-or-death issue. Codependency is equally fatal. Codependency issues either cause us to be among the living dead or choke the life out of us tortuously, slowly. Many of us are so busy looking at the other person, we’re not even aware we’re dying.

Often we learn the best when we don’t know we’re learning.

The same idea applies to any situation where we think we’re stuck. The rule of thumb when we keep getting pulled back into some- thing— relationship, job, or situation—after we think it’s over is: Sometimes we learn the most important part of the lesson after we think class has ended. Stay present. Class isn’t over until it’s finished! 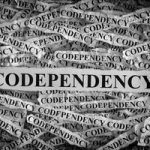 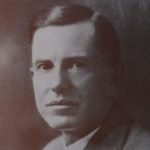