Psychology Professor Dr. Jean Twenge and social psychologist W. Keith Campbell, known for his research on narcissism, chronicles American culture’s journey from self-admiration to the present-day corrosive narcissism that threatens to infect us all. They highlight strategies for identifying narcissism, minimize the forces that sustain and transmit it, and treat it or manage it where we find it.

A narcissist has an overinflated view of his own abilities, similar to the kitten that sees himself as a lion on the popular poster. Narcissists are not just confident, they’re overconfident. In short, narcissists admire themselves too much.

By 2006, 1 out of 4 college students agreed with the majority of the items on a standard measure of narcisstic traits. Narcissistic Personality Disorder (NPD), the more severe, clinically diagnosed version of the trait, is also far more common than once thought. Nearly 1 out of 10 of Americans in their twenties, and 1 out of 16 of those of all ages, has experienced the symptoms of NPD. Even these shocking numbers are just the tip of the iceberg; lurking underneath is the narcissistic culture that has drawn in many more. The narcissism epidemic has spread to the culture as a whole, affecting both narcissistic and less self-centered people.

We have phony rich people (with interest-only mortgages and piles of debt), phony beauty (with plastic surgery and cosmetic procedures), phony athletes (with performance-enhancing drugs), phony celebrities (via reality TV and YouTube), phony genius students (with grade inflation), a phony national economy (with $11 trillion of government debt), phony feelings of being special among children (with parenting and education focused on self-esteem), and phony friends (with the social networking explosion). All this fantasy might feel good, but, unfortunately, reality always wins. The mortgage meltdown and the resulting financial crisis are just one demonstration of how inflated desires eventually crash to earth.

Many cultural changes were eminently quantifiable: the fivefold increase in plastic surgery and cosmetic procedures in just ten years, the growth of celebrity gossip magazines, Americans spending more than they earn and racking up huge amounts of debt, the growing size of houses, the increasing popularity of giving children unique names, polling data on the importance of being rich and famous, and the growing number of people who cheat.

A narcissist is full of herself, has a big head, is a blowhard, loves the sound of his own voice, or is a legend in her own mind.

The word narcissism comes from the Greek myth of Narcissus, an attractive young man who set out looking for someone to love. The beautiful nymph Echo falls in love with him and repeats everything Narcissus says, but he rejects her and she fades away. Narcissus keeps looking for the perfect mate until one day he sees his own reflection in the water. Narcissus falls in love with his own image and gazes at it until he dies. At that spot on the riverbank grew the flower now known as the narcissus (a subspecies of daffodil). The myth of Narcissus captures the tragedy of self-admiration, because Narcissus becomes frozen by his self-admiration and unable to connect with anyone outside himself—and his narcissism harms other people (in this case, Echo). The legend reflects real life, with the most serious consequences of narcissism falling upon others and society.

The central feature of narcissism is a very positive and inflated view of the self. People with high levels of narcissism—whom we refer to as “narcissists”—think they are better than others in social status, good looks, intelligence, and creativity. However, they are not. Measured objectively, narcissists are just like everyone else. Nevertheless, narcissists see themselves as fundamentally superior—they are special, entitled, and unique. Narcissists also lack emotionally warm, caring, and loving relationships with other people.

A generation or two ago, the roles of parent and child were well defined, and the parent was the one in charge. Period. Today, however, many parents are uncomfortable being authority figures. They would rather have their child like them than respect them, and would rather be the child’s friend than a stern parent.

This trend began in the ’70s with books like PET: Parent Effectiveness Training, which argued that parents didn’t really know more than their kids—saying adults know more, they wrote, is akin to the belief that some racial groups are superior to others. Although the book clearly states that parents should not let their children do whatever they want, it was the first among many parenting manuals that encouraged equality between parents and children.

Parenting is an incredibly powerful force for spreading cultural values. From our parents, we learn right and wrong, how to treat others, political and economic beliefs, prejudice or tolerance, and manners (or lack thereof). Parenting has such a big impact on children because parents are the first ones there.

The boom in easy credit, which began in the 1990s and (at least for mortgages) ended spectacularly in 2007–2008, allows people to pretend they are better off than they actually are. The inflation in credit leads to inflation in self-image, helping the narcissism epidemic spread far and wide. Take a culture that promotes self-admiration and material goods, add the ability to realize this self-admiration through buying things you can’t really afford, and many people live the narcissistic illusion that they are wealthy, successful, and special.

Without easy credit, the narcissistic binge that started the process would never have happened.

Television is one of the major forces pushing the importance of physical appearance in America and around the world. Every year since a youthful Jack Kennedy defeated a tired-looking Richard Nixon in a televised debate, American culture has become increasingly focused on appearance. Almost everyone on television is good-looking, placing more value on appearance and raising standards for looks. Even actors playing highly skilled brain surgeons have to be eye candy (ergo the smorgasbord of beauty that is Grey’s Anatomy).

Likewise, “reality” TV is far from real in terms of beauty. Shows like Fear Factor or Survivor that involve eating large insects or not showering for extended periods of time are still populated largely by great-looking people. And news reporters and anchors are certainly not a random selection of top journalism graduates. It’s assumed that eye candy is necessary to get people to pay attention to the news.

Social networking sites reinforce narcissism in an endless loop. Narcissists have more “friends” and connections on these sites, and narcissistic behavior and images are rewarded with more comments and more “adds.” Thus users are more likely to be connected with people who are more narcissistic than the average person. So in addition to the site structure facilitating narcissistic self-promotion, the way users are connected may pull the norm for behavior and self-presentation toward narcissism. If aliens landed on our planet and had to judge the human condition by popular social networking sites, the aliens would think that humans are more narcissistic than they actually are.

“Social networking sites shape the ways teens and twentysomethings view their worlds, and mold the malleable personality of young people like clay. Just as animals evolve and change to fit into their environments, young people are becoming more narcissistic to fit into the demands of the new digital world.“

Materialism is one of the most obvious examples of America’s narcissism epidemic. Narcissistic people want more things—but not just any old thing. Narcissism doesn’t lead to collecting stamps or Pez dispensers or accumulating boxes of junk bought after late-night infomercial binges. Instead, narcissism is all about buying and using products that confer status and importance—expensive cars, jewelry, clothing, a nice house, or anything else that displays status, power, and sophistication.

Economists have found that the desire for conspicuous consumption is actually stronger in poor neighborhoods than in more affluent ones. People in South Carolina, for example, make about $10,000 less on average than those in California, but they spend 13% more on “visible goods,” for example, cars, jewelry, clothes, and personal care, all status symbols designed to make someone look well-off even if they aren’t.

So even outside the affluent neighborhoods, material consumption is very important—thus the bling and flashy cars. The catchy slang term for this phenomenon is “ghetto fabulous.” This research also suggests that the recent economic downturn will probably not mean the end to narcissistic consumption—if we are all poorer, more people will buy things to show that they’re doing fine.

Relationships with narcissists can become particularly bad if you get too committed to them, too attached, or give them too much power.

A narcissist thinks of a relationship partner as fuel. Narcissists use others to power their status and esteem, and when the other person no longer provides that, they are dumped in the trash bin.

“It is one thing to try to avoid or manipulate narcissists, and quite another to try to change them. Narcissists rarely change, especially in relationships.”

Historically, entitlement meant having a social position or a claim to ownership granted by some legitimate authority. Having a title (or being entitled) meant having a clear claim to a social rank or piece of property, such as being a lord or duke in British society. As a facet of narcissism, entitlement means acting as if you have a title—or a right—to something even when you don’t. There’s some overlap with the historical definition: an entitled person acts like he’s royalty and isn’t like everyone else. A student might demand a high grade as if it is his by right rather than something to be earned. A woman might purchase an expensive car on credit even though she can’t afford it because she thinks she deserves to drive a Mercedes. 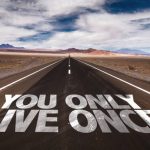 You Only Live Once. 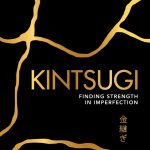