In Roles: The Secret to Family, Business, and Social Success, author, and public speaker Nicholeen Peck discuss the importance of roles in the family unit, business, and social settings. She writes about the power of roles, Family Dysfunction, and the difference between roles and responsibilities.

Roles are a power. They prepare us to live securely and happily. They also help us to spread happiness and to support and love each other — as well as promote relationship freedom. Too many people today are in emotional and relationship bondage. Understanding roles is a vital secret to breaking away from that bondage and finding the relationship freedom and personal power that awaits us all.

role (n.) “part or character one takes,” c. 1600, from French rôle “part played by a person in life,” literally “roll (of paper) on which an actor’s part is written,” from Old French rolle (see roll (n.)). Meaning “function performed characteristically by someone” is from 1875. In the social psychology sense from 1913. Role model first attested 1957.

“One of the first principles humanity was taught was identity. The first roles in the history of the world were clearly established. There were husbands, wives, fathers and mothers.”

Roles are important. They give us identity and security. Some people spend their whole lives trying to learn who they are, only to be met with philosophies that tell  them it doesn’t matter who they are. They’re led to believe they can simply become whoever they want to be. While these thoughts sound like a version of the American Dream, they aren’t.

“In order to have the American Dream, you have to already know who you are. Once a person knows who they are, they can determine what they need to do to become better, have more impact, and make the world a better place for having been here. That’s the premise of the American Dream. At the time the American Dream was born, people were acknowledging their roles and resources. They built upon the truth and the responsibilities they already had in order to become and do more and more.”

The American Dream can’t create identities; it can only allow people to fulfill the measure of their potential, which requires knowing who you already are. “Roles are vital to happiness and confidence. When people try to take other people’s roles or don’t acknowledge their own roles, they’re lost, confused and unhappy. They’re not meeting their full potential.

Confidence is found by acknowledging and serving truth and confidence is lost by experiencing confusion.”- Sage

“Loss of roles damages families, societies and nations.. People aren’t as fulfilled in life so there’s more selfishness and sadness. People who don’t have roles like mother, father, son or daughter, stop caring about everyone except for themselves. When people don’t know their roles they also end up focusing on acquiring things instead of becoming better people. What does a person need to become better for when there’s nothing meaningful coming up in life? Roles give us meaning and satisfaction in our lives. Sure, they create more work too, but they give us our identities. Understanding who we are is the number one thing that leads to good self-confidence. It seems like everyone is worried about self-confidence, but no one wants to define their roles. Those two thoughts don’t match up. Confusion is bound to result.”

If you look for truth, you may find comfort in the end; if you look for comfort you will not get either comfort or truth only soft soap and wishful thinking to begin, and in the end, despair. – C.S.Lewis

“Habits are interesting. They’re kind of like snowflakes. They seem small and insignificant at first, but after they occur over and over again, like falling snowflakes, they become very destructive and hard to stop — kind of like an avalanche.”

Dysfunction is the new function in our modern world. People have disconnected from family and don’t see them as a friendly resource for help anymore. Plus, the people in a position to lead or help in a family are often misused and tired of helping people who don’t use the help to better their circumstances.

To function is to act or do business according to your duty, your office or your role. To be dysfunctional is to not act according to what your role is. If a child talks down to a parent or refuses to be obedient, or a parent behaves irresponsibly or childish and doesn’t care properly for a child, then that is dysfunction.

To function is to act or do business according to your duty, your office or your role. To be dysfunctional is to not act according to what your role is.

“There are three parts to a good family plan,: First, the economy; second, no excuses; and third, family standards.“

“A person can never learn self-government if they’re not allowed to calmly accept a negative consequence. So, don’t plan on making your children work when they’re angry. They will be calm before you ever get to that point. For that calmness to occur, you may have to learn ‘The Rule of Three,’ which is a series of instructions that have three other consequences attached to them if the child is unable to follow instructions.”

‘The Rule of Three,’ which is a series of instructions that have three other consequences attached to them if the child is unable to follow instructions.”

Life is about roles. It’s about what you understand about your roles, and other peoples’ roles, as well as what you do differently because of your unique roles. Roles link us all together. They give us our identities. Identities don’t create roles. Instead, roles create identities. Our society is struggling because we don’t know who we are.

Families fall apart if children and parents don’t live their correct roles. A government becomes corrupt and falls apart if it don’t know its role. A church loses its influence for good if society doesn’t understand its role. And people don’t find purpose or fulfillment if they don’t know or live their self-evident roles. This doesn’t mean all people or families have to look the same. It just means that each family needs to deliberately think about and take action on what roles they know God intends them to have with each other.

“Every living and non-living thing has a role. It’s part of the story of the world. To find more freedom we need to acknowledge true roles… and live them deliberately.” 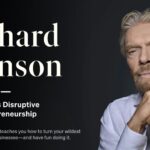 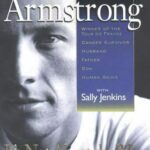