In Rethinking Narcissism: The Secret to Recognizing and Coping with Narcissists Harvard Medical School psychologist Craig Malkin addresses the “narcissism epidemic” by illuminating the spectrum of narcissism, identifying ways to control the trait, and explaining how too little of it may be a bad thing.

Narcissism is more than a stubborn character flaw or a severe mental illness or a rapidly spreading cultural disease, transmitted by social media. It makes no more sense to assume it’s a problem than it would if we were speaking of heart rate, body temperature, or blood pressure. Because what it is, in fact, is a normal, pervasive human tendency: the drive to feel special.

In 350 BC, Aristotle posed a question—“Who should the good man love more? Himself, or others?”—and answered it: “The good man is particularly selfish.”

The self is an illusion, a trick our minds play on us to make us think we matter. Buddhism suggested that this illusory self should never be our primary focus.

Four centuries after Aristotle, Christian teachings added a negative fillip: making too much of oneself constitutes the sin of pride (and a quick path to hell). Excesses of the self underlie other sins—sloth, greed, gluttony, and envy—as well.

Introduced in 1979, the Narcissistic Personality Inventory (NPI) is a basic tool of psychology researchers, and is routinely administered to undergraduate psychology students in the United States and around the world.

Extroverted Narcissists
They’re loud, vain, and easy to spot. They flaunt their money and possessions, scramble to be the center of attention at every occasion, ruthlessly jockey to rise through the ranks at their office.

Introverted Narcissists
Introverted narcissists (also called “vulnerable,” “covert,” or “hypersensitive” in scientific literature) are just as convinced that they’re better than others as any other narcissist, but they fear criticism so viscerally that they shy away from, and even seem panicked by, people and attention.

Communal Narcissist
Communal narcissists, a type more recently identified by researchers, aren’t focused on standing out, being the best writer or most accomplished dancer or the most misunderstood or overlooked genius. Instead, they regard themselves as especially nurturing, understanding, and empathic. They proudly announce how much they give to charity or how little they spend on themselves.

Extroversion drives people to ascend the stage, become the life of the party, and seek new adventures. Introversion makes us a little quieter, less drawn to crowds, and more reflective, taking the time to think before we speak. Whatever form our narcissism takes is bound to be influenced by this inborn tendency; as you’ve seen, not all narcissists are charismatic go-getters—and a good deal of that has to do with our genetic predispositions.

Enjoying fantasies of greatness without becoming addicted to them requires an ability to feel good about ourselves—to have a solid sense of self-esteem and self-worth, to enjoy attention and praise—but without a relentless need to prove ourselves. People who can accomplish this believe themselves capable of extraordinary things, but aren’t devastated when they fall short from time to time. They have a drive to chase after the spotlight but can give up pursuit when the cost becomes too great.

Exploitation is a pattern of doing anything necessary to get ahead or stand out, including hurting other people. Extreme narcissists may suffer incredible withdrawal—periods of anger, sadness, fear, and shame—until they can sneak, demand, borrow, or steal their next dose of attention. If feeling special means taking the credit for someone else’s work, so be it. If they have to criticize others mercilessly to feel superior, even if it means throwing their partner’s self-esteem under the bus, they will.

If you see signs of dangerous narcissism, your best bet, frankly, is to run.

The difference between narcissists and the rest of us is that people who cling to feeling special use these tactics all the time. And unlike the rest of us, who may turn to one or two of these behaviors during times of turmoil, narcissists often employ them all at once. Even subtle narcissists, who can take years before surging into entitlement, will still give themselves away with their overreliance on these tactics. They’re “tells,” if you will, hinting at trouble long before more damaging behavior comes along. Study them closely, and you’re well on your way to fine-tuning your narcissism radar in every area of your life.

The people you love can’t change if they’re unwilling to acknowledge their problems, whether they’re alcoholics, compulsive gamblers, or extreme narcissists. If they can’t push past their denial to some version of, “I think I’m in trouble,” then move on.

It’s not your job to be anyone’s therapist—only to honestly and clearly convey your own feelings. Once you’ve done that, you’ve truly done everything you can. If you’ve repeatedly tried prompts (say, over several weeks) and seen no softening at all, there’s little hope for improvement without professional help.

In a connection contract, you state clearly and simply what has to happen if the person wants you present. It’s a way of setting limits by providing rules and expectations.

The goal of a connection contract is to explain which behaviors will end the conversation. The emphasis is on what keeps you present, not what makes you happy. If you’ve reached this stage, your presence is as much as you should promise.

In contrast, we have a choice with dates and partners. We don’t have to stick around. Unfortunately, even when we’ve decided leaving is the best option, it can still feel downright impossible.

“To be assertive, your statements should always include the ABCs:

•A is for affect, aka feeling.

Feeling statements use the word I liberally, as in I’m feeling uncomfortable, uneasy, unhappy. You can also use stronger words like sad, afraid, scared, but since you’re usually not in a friendship or romantic relationship with the person you’re speaking to, vaguer, less intense emotional language might be better. Follow your gut on that one. The main goal is to describe your experience only. Never use you in this step. Some examples: I’m nervous; I shut down and can’t think; I feel on edge.

•B is for behavior.

This is the experience, interaction, or action that causes the feelings. For example: When you raise your voice; When I hear only criticism; When you sound sarcastic; When you cut me off mid-sentence.

•C is for correction.

This refers to the change you’re seeking. Proper assertiveness always involves a request of some kind. It’s a form of coaching. You’re telling the listener what they need to do to improve interactions. Examples:

“Can you lower your voice?; Can you tell me what steps you want taken?; Can you use a kinder tone?”

We present our best selves in cyberspace. No matter who we are in real life, our social media avatar tends to be a cleaned-up version of the truth. We select our most flattering photos and cherry-pick information, sharing the things that show us at our brightest and happiest. When people “like” what they see, the boost to our self-esteem can be potent.

We never feel genuinely self-confident when we bury our true nature. We assume that whatever we’re concealing is somehow shameful and that we’re wise to keep it secret if we want to be liked and loved. The results, though, can be disastrous. When we fear that revealing ourselves might burden people (and drive them away), we slide into the self-abnegation of echoism; when we fear that revealing ourselves might make us seem weak or small, we often slip into the grandstanding of unhealthy narcissism. Either way, we miss out on the healthy self-esteem boost that comes from genuinely connecting with the people around us.

“A good life balances our own self-interests with others people’s needs. That’s healthy narcissism. It’s what gives us the energy to build a life full of adventure and self-discovery. Healthy narcissism is where passion and compassion merge, offering a truly exhilarating life. And that’s a pretty great place to be.” 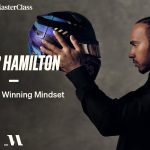 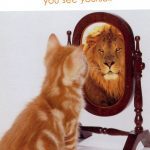