Book Summary – No Limits: The Will to Succeed by Micheal Phelps.

They say that the mental aspect of sports is just as important as the physical part. There can be no doubt about that: Being mentally tough is critical. At an Olympic final, you know everybody has physical talent. So, who’s going to win? The mentally toughest.

In No Limits: The Will to Succeed, Swimmer and Olympian with the most medals (28), Micheal Phelps shares the secrets, insights, and lessons learned on becoming one of the most remarkable athletes of our generation. True to one of his mottos: “Performance is Reality,” Phelps is relentless in his training regimen, mental preparation and passionate about execution through visualization and other techniques.

Phelps also writes about the influence of his family (mum and sisters) and his coach, Bob Bowman on his performance and worldview.

If you put a limit on anything, you put a limit on how far you can go. I don’t think anything is too high. The more you use your imagination, the faster you go. If you think about doing the unthinkable, you can. The sky is the limit. That’s one thing I definitely have learned from Bob: Anything is possible.

It’s like that at the Olympic Games. Years of training, of hard work, of desire and discipline—all of it compressed into minutes, sometimes just seconds, and time seems to stand still as history plays itself out.

If I could win eight, could go one better than the great Mark Spitz and the seven golds he won at the Munich Olympics in 1972, those eight medals might do what nothing else could. They could help to make real my biggest dream, to elevate swimming’s place in the American sports landscape, and to make it an every-year sport instead of a once-every-four-years sport.

ADHD – I will Show You

When I was in grade school, I was diagnosed with attention deficit/hyperactivity disorder, or ADHD. I had overcome that. When I was in school, a teacher said I’d never be successful. Things like that stick with you and motivate you.

Hard work is the Key

I felt lucky for the talent that I have, the drive that I have, the want, the excitement about the sport, felt lucky for every quality I have, and have worked so hard to have. In some sports, you can excel if you have natural talent. Not in swimming. You can have all the talent in the world, be built just the right way, but you can’t be good or get good without hard work. In swimming, there’s a direct connection between what you put into it and what you get out of it.

In swimming, there’s a direct connection between what you put into it and what you get out of it.

Bob, the only coach I’ve ever had. He had trained me, punished me, motivated me, inspired me, and proven to me the connection between hard work and success. Bob has long been one of the very few people in my life to tell me the unadulterated truth, even when I didn’t want to listen. Perhaps most important, especially when I didn’t want to hear it.

Bob’s philosophy is rather simple: We do the things other people can’t, or won’t, do. Bob’s expectations are simple, too. It’s like the quote he had up on the whiteboard one day at practice a few months before the Games. It comes from a business book but in sports it’s the same:

“In business, words are words, explanations are explanations, promises are promises, but only performance is reality.”

Because nothing is impossible, you have to dream big dreams; the bigger, the better. So many people along the way, whatever it is you aspire to do, will tell you it can’t be done. But all it takes is imagination.

But with hard work, with belief, with confidence and trust in yourself and those around you, there are no limits. Perseverance, determination, commitment, and courage—those things are real. The desire for redemption drives you. And the will to succeed—it’s everything.

One of the things about my naps is this: If I’m sitting there right before I doze off or immediately after I get up, I can visualize how I want the perfect race to go. I can see the start, the strokes, the walls, the turns, the finish, the strategy, all of it. It’s so vivid that I can vividly see incredible detail, down even to the wake behind me. It’s my imagination at work, and I have a big imagination. Visualizing like this is like programming a race in my head, and that programming sometimes seems to make it happen just as I had imagined it.

I’m not really sure, precisely, why I’m able to visualize like this. I have always been able to do it, ever since I was little. It’s also true that I got lots of practice growing up; since I’ve been swimming it’s been very much a part of the rhythm and routine of my life and of the house in which I grew up.

I can also visualize the worst race, the worst circumstances. That’s what I do to prepare myself for what might happen. It’s a good thing to visualize the bad stuff. It prepares you. Maybe you dive in and your goggles fill with water. What do you do? How do you respond? What is important right now? You have to have a plan.

Every year since I have been swimming competitively, I have set goals for myself. In writing. The goal sheet was mandatory. I got used to it and it became a habit. When I was younger, I used to scribble my goals out by hand and show the sheet to Bob. Now, I might type them on my laptop and e-mail him a copy.

Each year, he would take a look at what I’d given him, or sent him, and that would be that. He wouldn’t challenge me, say this one’s too fast or that one’s not. When I was doing this only on paper, he typically would look at it and give it back to me; now he simply files away the electronic copy I send him. I usually kept my original paper version by the side of my bed. The two of us are the only ones who have it, who ever got to see it.

You can swim as fast as you want. You can do anything you want. You just have to dream it, believe it, work at it, go for it. – Bob Bowman 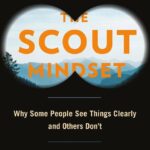 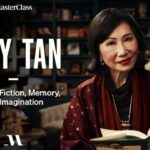