In Mindset: The New Psychology of Success, Stanford University psychologist Carol Dweck shares insights she garnered from decades of research on achievement and success. According to Dr Dweck, there are two types of mindset: Fixed and Growth Mindset. The people with a growth mindset strive to become a better version of themselves, and they believe that with effort and continuous improvement, they would become successful. The people with a fixed mindset believe that their qualities are carved in stone, which creates an urgency to prove themselves repeatedly.

Here are my favourite take-aways from reading, Mindset: The New Psychology of Success by Dr. Carol Dweck:

Robert Sternberg, the present-day guru of intelligence, writes that the major factor in whether people achieve expertise “is not some fixed prior ability, but purposeful engagement.” Or, as his forerunner Binet recognized, it’s not always the people who start out the smartest who end up the smartest.

Believing that your qualities are carved in stone—the fixed mindset— creates an urgency to prove yourself over and over. If you have only a certain amount of intelligence, a certain personality, and a certain moral character—well, then you’d better prove that you have a healthy dose of them. It simply wouldn’t do to look or feel deficient in these most basic characteristics.

There’s another mindset in which these traits are not simply a hand you’re dealt and have to live with, always trying to convince yourself and others that you have a royal flush when you’re secretly worried it’s a pair of tens. In this mindset, the hand you’re dealt is just the starting point for development.

This growth mindset is based on the belief that your basic qualities are things you can cultivate through your efforts, your strategies, and help from others. Although people may differ in every which way—in their initial talents and aptitudes, interests, or temperaments—everyone can change and grow through application and experience.

The passion for stretching yourself and sticking to it, even (or especially) when it’s not going well, is the hallmark of the growth mindset. This is the mindset that allows people to thrive during some of the most challenging times in their lives.

You have a choice. Mindsets are just beliefs. They’re powerful beliefs, but they’re just something in your mind, and you can change your mind.

When people believe in fixed traits, they are always in danger of being measured by a failure. It can define them in a permanent way. Smart or talented as they may be, this mindset seems to rob them of their coping resources.

When people believe their basic qualities can be developed, failures may still hurt, but failures don’t define them. And if abilities can be expanded—if change and growth are possible—then there are still many paths to success.

Your horse is only as fast as your brain. Every time you learn something, your horse will move ahead.

Power of Yet vs Tryanny of Now

The fixed mindset limits achievement. It fills people’s minds with interfering thoughts, it makes effort disagreeable, and it leads to inferior learning strategies. What’s more, it makes other people into judges instead of allies. Whether we’re talking about Darwin or college students, important achievements require a clear focus, all-out effort, and a bottomless trunk full of strategies. Plus allies in learning. This is what the growth mindset gives people, and that’s why it helps their abilities grow and bear fruit.

In the fixed mindset, you don’t take control of your abilities and your motivation. You look for your talent to carry you through, and when it doesn’t, well then, what else could you have done? You are not a work in progress, you’re a finished product. And finished products have to protect themselves, lament, and blame. Everything but take charge.

The Mindsets and Leadership

They all start with the belief that some people are superior; they all have the need to prove and display their superiority; they all use their subordinates to feed this need, rather than fostering the development of their workers; and they all end by sacrificing their companies to this need. The fixed mindset helps us understand where gargantuan egos come from, how they operate, and why they become self-defeating.

Fixed-mindset leaders, like fixed-mindset people in general, live in a world where some people are superior and some are inferior. They must repeatedly affirm that they are superior, and the company is simply a platform for this.

As growth-minded leaders, they start with a belief in human potential and development—both their own and other people’s. Instead of using the company as a vehicle for their greatness, they use it as an engine of growth—for themselves, the employees, and the company as a whole.

Jack Welch was not a perfect person, but he was devoted to growth. This devotion kept his ego in check, kept him connected to reality, and kept him in touch with his humanity. In the end, it made his journey prosperous and fulfilling for thousands of people.

As Welch had done, he attacked the elitism. Like Enron, the whole culture was about grappling for personal status within the company. Gerstner disbanded the management committee, the ultimate power role for IBM executives, and often went outside the upper echelons for expertise. From a growth mindset, it’s not only the select few that have something to offer. “Hierarchy means very little to me. Let’s put together in meetings the people who can help solve a problem, regardless of position.

Genius is not enough; we need to get the job done.

There is a French expression: “Tout comprendre c’est tout pardonner.” To understand all is to forgive all. Of course, this can be carried too far, but it’s a good place to start. For people with the growth mindset, the number one goal was forgiveness.

Because of their growth mindset, they did not feel permanently branded. Because of it, they tried to learn something useful about themselves and relationships, something they could use toward having a better experience in the future. And they knew how to move on and embrace that future.

Conventional wisdom says that you know who your friends are in your times of need. And of course this view has merit. Who will stand by you day after day when you’re in trouble? However, sometimes an even tougher question is: Who can you turn to when good things happen? When you find a wonderful partner. When you get a great job offer or promotion. When your child does well. Who would be glad to hear it?

Your failures and misfortunes don’t threaten other people’s self-esteem. Ego-wise, it’s easy to be sympathetic to someone in need. It’s your assets and your successes that are problems for people who derive their self-esteem from being superior.

Beware of success. It can knock you into a fixed mindset: “I won because I have talent. Therefore I will keep winning.” Success can infect a team or it can infect an individual.

John Wooden calls it being “infected” with success. Pat Riley, former coach of the championship Los Angeles Lakers team, calls it the “disease of me”—thinking you are the success, and chucking the discipline and the work that got you there. Summitt explained, “Success lulls you. It makes the most ambitious of us complacent and sloppy.

You don’t get a growth mindset by proclamation. You move toward it by taking a journey.

Even when you change, the old beliefs aren’t just removed like a worn-out hip or knee and replaced with better ones. Instead, the new beliefs take their place alongside the old ones, and as they become stronger, they give you a different way to think, feel, and act.

People with a growth mindset are also constantly monitoring what’s going on, but their internal monologue is not about judging themselves and others in this way. Certainly they’re sensitive to positive and negative information, but they’re attuned to its implications for learning and constructive action: What can I learn from this? How can I improve? How can I help my partner do this better?

When people hold on to a fixed mindset, it’s often for a reason. At some point in their lives it served a good purpose for them. It told them who they were or who they wanted to be (a smart, talented child) and it told them how to be that (perform well). In this way, it provided a formula for self-esteem and a path to love and respect from others.

The idea that they are worthy and will be loved is crucial for children, and—if a child is unsure about being valued or loved—the fixed mindset appears to offer a simple, straightforward route to this.

Mindset change asks people to give this up. As you can imagine, it’s not easy to just let go of something that has felt like your “self” for many years and that has given you your route to self-esteem. And it’s especially not easy to replace it with a mindset that tells you to embrace all the things that have felt threatening: challenge, struggle, criticism, setbacks.

Whether people change their mindset in order to further their career, heal from a loss, help their children thrive, lose weight, or control their anger, change needs to be maintained. It’s amazing—once a problem improves, people often stop doing what caused it to improve. Once you feel better, you stop taking your medicine.

But change doesn’t work that way. When you’ve lost weight, the issue doesn’t go away. Or when your child starts to love learning, the problem isn’t solved forever. Or when you and your partner start communicating better, that’s not the end of it. These changes have to be supported or they can go away faster than they appeared.

Mindset change is not about picking up a few tricks. In fact, if someone stays inside a fixed mindset and uses the growth strategies, it can backfire.

Mindset change is not about picking up a few pointers here and there. It’s about seeing things in a new way. When people—couples, coaches and athletes, managers and workers, parents and children, teachers and students—change to a growth mindset, they change from a judge-and-be-judged framework to a learn-and-help-learn framework. Their commitment is to growth, and growth takes plenty of time, effort, and mutual support to achieve and maintain. 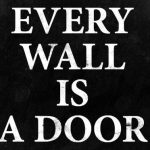 Every Wall is a Door. 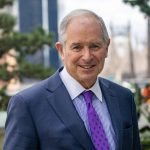