I am a super fan of the Masters of Scale podcast hosted by Reid Hoffman (founder of LinkedIn, investor at Greylock). In each episode of the podcast, Reid interviews visionary leaders and founders, distilling the strategies that power their company’s growth.

In Masters of Scale: Surprising Truths from the World’s Most Successful Entrepreneurs, teams up with Masters of Scale’s executive producers to offer a rare window into the entrepreneurial mind, sharing hard-won wisdom from leaders of iconic companies (including Apple, Nike, Netflix, Spotify, Starbucks, Google, Instagram, and Microsoft) as well as the bold, disruptive startups (such as 23andMe, TaskRabbit, Black List, and Walker & Co.) that are solving the problems of the twenty-first century.

Each chapter identifies one of ten key themes that carry you through the entrepreneurial journey. The journey begins with surprising ways to surface and recognize your big idea, then proceeds to some of the early-stage challenges of building and funding a new venture, a period when you must do things that don’t scale now in order to scale later.

Each chapter identifies one of ten key themes that carry you through the entrepreneurial journey. The journey begins with surprising ways to surface and recognize your big idea, then proceeds to some of the early-stage challenges of building and funding a new venture, a period when you must do things that don’t scale now in order to scale later.

Since 2017, Reid has interviewed more than eighty guests based on hundreds of hours of conversation with the most admired founders in the world. In each episode, Reid set out to prove a theory about how companies scale, using one founder’s story and career as a starting point. The show then unfolds like a detective story, with Reid as the listener’s guide, as he tests scaling theory, pulling insights—and counterpoints—from the guests.

What’s the most overlooked opportunity among early-stage entrepreneurs? The information you can gather from different kinds of “No.”

“Don’t always believe the naysayers. But listen to them closely, for they may inadvertently speed you along your path.”

Remember that many people will tell you you’re crazy, and make you doubt what you know in your bones to be possible. But you can’t let rejection rule you. Instead, let it fuel you. In the case of “the telling no,” the naysayers are teaching you more about their own assumptions than about the truth of how the world actually works. To your keen ears, their “Nos” should sound like, “Yes, conventional wisdom is overlooking this opportunity.

As you take your idea out to potential investors, you want to see at least a minority of them squirm. You don’t have to get them to a “Yes,” but you’re hoping to detect some friction as they reason their way to a “No.” This “squirmy no”—the space between a “No” and a “Yes”—is a clue that you may be on to something truly big because the best ideas make people want to say “Yes” and “No” in the same breath. It’s an emotional roller coaster for everyone, including the investors.

Potential investors may completely miss the point of your idea or simply be ignorant. Either way, once it becomes clear that they aren’t trying to gain a better understanding, you need to move on from these naysayers—quickly. Their “No” gives you no additional information.

Sometimes an expert’s “No” is proof you’re on the path to something big and different. The key: You should have an active theory about why you are right and the experts are wrong—more than a gut feeling or simply grit, but another signal for a potentially great idea.

Frequently, the experts are right. You have to be ruthless about killing your own bad ideas along the way—and an honest “No” could be a lifeline to turn a bad idea into something good, or to help you move on to a better idea.

If you’re the kind of person who might get easily discouraged or talked out of your idea, you need to keep your idea away from people whose opinions you have an emotional investment in.

“Passionate feedback is a clue that your product really matters to someone. And one passionate user can turn into many, if you listen to them carefully.”

2. Do Things That Don’t Scale

The critical early days of launch are an opportunity to define and refine your product—until you’ve handcrafted something people love.

When you’re building a product, or laying the groundwork for a successful, scalable company, you’re inevitably going to get your hands dirty. You’ll find yourself doing things that, at the time, seem insignificant and labor-intensive: coding, designing, serving customers, onboarding users, answering the customer support line. Yet these could be the very things that determine how far your company will go in years ahead.

The first step to scale is to renounce your desire to scale.

Learn how great entrepreneurs work to find ideas — and develop the mindset to put them in motion.

When everyone is telling you, “That’s a good idea,” it can mean lots of other people are likely already pursuing it. Instead, look for the beautiful idea disguised as a bad one—the idea whose potential value is unseen or misunderstood.

When you take a penetrating look at your history and passions, your destiny idea may be staring right back at you.

If you believe that something should exist—and you can imagine many other people nodding in agreement—it may just be an idea worth pursuing.

You don’t have to reinvent the wheel

When searching for a big idea, don’t discount the “slight twist” that can have a major impact.

Never let a crisis go to waste. Desperate times can sharpen focus, strengthen resolve…and yield killer ideas, while also creating the urgency to act on them.

“This. Should. Exist.” They’re your clue that you’ve stumbled onto something with real potential. If you feel, as a consumer, that you need it, if you can imagine a crowd of others nodding with emphatic encouragement, this just might be your idea.

“Go home and look at fifteen things in your life and write them down on a piece of paper. Then write down how and why they could be better. You’ll have probably a big idea right there on that sheet.” – Sara Blakley

Culture is a living, breathing thing—the context you set for your employees to work at their best. It should be grounded in a shared sense of mission—the thing your company is actually trying to accomplish. It should be understood by everyone, and built by everyone; in fact, it fully emerges only when every employee feels a sense of personal investment and ownership. And the work of creating that culture—through thoughtful, intentional design and action on the part of a company’s founders—should begin at the earliest moments of a startup.

But it’s no easy task. It requires a delicate balancing act to get everyone across an organization to share a common set of values without stifling diversity or hiring only in your own image. And it can be particularly hard to protect and strengthen those values when you’re scaling up—and hiring new employees en masse.

“If you foolproof your culture, you’ll have a culture of fools”

If you can create the right kind of employees-first culture, one where employees model for each other what it’s like to be great at what you do, that will in turn lead to customers getting increasingly better products and services.

Find ways to manifest your culture

Your vision, your values, and even your unique company heritage matter more than you think in defining your culture. Don’t assume everyone knows what’s in your head and heart—say it loudly and proudly from day one.

Think of early hires as your co-founders

Your early hires will set the tone for your company. Early on, define the human qualities that are central to your culture (as well as the qualities you don’t want) and then use those as guides when interviewing people for cultural fit.

Without cognitive diversity, you will miss opportunities. You will perpetuate fallacies. And you will be lost in a monotonous haze.

The translation of patterns into business ideas is at the core of what it means to be an entrepreneur. And no matter how quickly you translate those patterns into ideas, chances are other people will be doing the same thing.

Lean in while sitting back

When you embark on the entrepreneurial journey, you have to recognize that the conditions around you are always changing. If you want to go the distance, you sometimes have to be strategically patient. But that doesn’t mean just sitting back and waiting. It means leaning in and watching for the moment to break out and move fast. Sometimes it even means building the capabilities in advance to take advantage of a future opportunity.

Start fast but don’t burn yourself out

Explosive starts only work if you can sustain the momentum you generate. It’s all about figuring out how explosive you can make those opening steps—without getting fried in the process. Startups are a marathon of sprints.

Rapid decision-making is a key to explosive growth. When you’re moving fast, you may make mistakes. But the biggest mistake is not making decisions fast enough, because the only thing that matters is time.

When you have a fast-scaling company, the focus must be on moving forward. And it’s hard to do that if you’re spending much of your time putting out fires. Some fires may be too serious to ignore. But others are better left burning.

You can never raise enough money

Look at an investor essentially as a later-stage co-founder—a partner who understands you and your vision for the company.

Be a learn-it-all, not a know-it-all

When you’re trying to do something that hasn’t been done before, you often find yourself in a state of supreme ignorance. What enables entrepreneurs to thrive in those conditions is the speed at which they zip up a learning curve.

Keep moving away from what you know

Success imprints even more strongly than failure. So when you’ve figured out something that works or you’ve found success in a particular area, there’s a natural tendency to stay put. But infinite learners know that if you stand still or keep doing the same things that worked in the past, the world will leave you behind.

Collect wisdom along the way

Business leaders and entrepreneurs often take a zigzag route to get to their destination. At each stop they should absorb useful bits of learning and add them to their greater understanding of the world.

Teach yourself to lead

Entrepreneurs who know how to launch a new company often have no idea how to actually run a new company. But there are many ways to learn—by reading, consulting with mentors, and partnering with investors who have worked with other CEOs who’ve gone through the startup process.

Experiment to learn, and learn to experiment

Your assumptions about what your users or customers want will never be exactly right. Testing a real product with real people as soon as possible is the fastest way to build something that can scale. 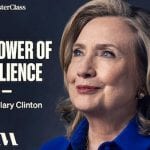 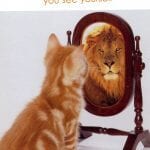