“Live as if you were living already for the second time and as if you had acted the first time as wrongly as you are about to act now!”

In Man’s Search for Meaning, Austrian neurologist, psychiatrist,  author, and Holocaust survivor Viktor Frankl chronicles his experience as a prisoner and survivor of four Nazi concentration camps during World War II, and he also describes his psychotherapeutic method which he called Logotherapy (meaning-centered psychotherapy). The book tries to answer this question: How was everyday life in a concentration camp reflected in the mind of the average prisoner?

“‘He who has a why to live for can bear almost anyhow.” – Friedrich Nietzsche

Suffering ceases to be suffering at the moment it finds a meaning, such as the meaning of a sacrifice.”

Don’t aim at success—the more you aim at it and make it a target, the more you are going to miss it. For success, like happiness, cannot be pursued; it must ensue, and it only does so as the unintended side-effect of one’s dedication to a cause greater than oneself or as the by-product of one’s surrender to a person other than oneself. Happiness must happen, and the same holds for success: you have to let it happen by not caring about it.

Don’t aim at success—the more you aim at it and make it a target, the more you are going to miss it. For success, like happiness, cannot be pursued; it must ensue.

In psychiatry, there is a certain condition known as “delusion of reprieve.” The condemned man, immediately before his execution, gets the illusion that he might be reprieved at the very last minute.

The Last Inner Freedom can not be lost

An active life serves the purpose of giving man the opportunity to realize values in creative work, while a passive life of enjoyment affords him the opportunity to obtain fulfillment in experiencing beauty, art, or nature. But there is also purpose in that life which is almost barren of both creation and enjoyment and which admits of but one possibility of high moral behavior: namely, in man’s attitude to his existence, an existence restricted by external forces. A creative life and a life of enjoyment are banned to him. But not only creativeness and enjoyment are meaningful. If there is a meaning in life at all, then there must be a meaning in suffering.

Suffering is an ineradicable part of life, even as fate and death. Without suffering and death, human life cannot be complete.

When a man finds that it is his destiny to suffer, he will have to accept his suffering as his task; his single and unique task. He will have to acknowledge the fact that even in suffering he is unique and alone in the universe. No one can relieve him of his suffering or suffer in his place. His unique opportunity lies in the way in which he bears his burden.

Life is like being at the dentist. You always think that the worst is still to come, and yet it is over already. – Otto von Bismarck

A man who becomes conscious of the responsibility he bears toward a human being who affectionately waits for him, or to an unfinished work, will never be able to throw away his life. He knows the “why” for his existence, and will be able to bear almost any “how.”

LOGOTHERAPY IN A NUTSHELL

Psychoanalysis is a method less retrospective and less introspective. Logotherapy focuses rather on the future, that is to say, on the meanings to be fulfilled by the patient in his future. (Logotherapy, indeed, is meaning-centered psychotherapy.) At the same time, logotherapy defocuses all the vicious-circle formations and feedback mechanisms which play such a great role in the development of neuroses. Thus, the typical self-centeredness of the neurotic is broken up instead of being continually fostered and reinforced.

“Logos is a Greek word which denotes “meaning.”

In logotherapy, the patient is actually confronted with and reoriented toward the meaning of his life. And to make him aware of this meaning can contribute much to his ability to overcome his neurosis. According to logotherapy, this striving to find a meaning in one’s life is the primary motivational force in man.

Logotherapy deviates from psychoanalysis insofar as it considers man a being whose main concern consists in fulfilling a meaning, rather than in the mere gratification and satisfaction of drives and instincts, or in merely reconciling the conflicting claims of id, ego and superego, or in the mere adaptation and adjustment to society and environment.

Man’s will to meaning can also be frustrated, in which case logotherapy speaks of “existential frustration.” The term “existential” may be used in three ways: to refer to (1) existence itself, i.e., the specifically human mode of being; (2) the meaning of existence; and (3) the striving to find a concrete meaning in personal existence, that is to say, the will to meaning.

“Sunday neurosis,” that kind of depression that afflicts people who become aware of the lack of content in their lives when the rush of the busy week is over and the void within themselves becomes manifest. Not a few cases of suicide can be traced back to this existential vacuum. Such widespread phenomena as depression, aggression and addiction are not understandable unless we recognize the existential vacuum underlying them. This is also true of the crises of pensioners and aging people.

Ultimately, man should not ask what the meaning of his life is, but rather he must recognize that it is he who is asked. In a word, each man is questioned by life; and he can only answer to life by answering for his own life; to life he can only respond by being responsible. Thus, logotherapy sees in responsibleness the very essence of human existence.

“Live as if you were living already for the second time and as if you had acted the first time as wrongly as you are about to act now!”

The Essence of Existence

Live as if you were living already for the second time and as if you had acted the first time as wrongly as you are about to act now!” It seems to me that there is nothing which would stimulate a man’s sense of responsibleness more than this maxim, which invites him to imagine first that the present is past and, second, that the past may yet be changed and amended. Such a precept confronts him with life’s finiteness as well as the finality of what he makes out of both his life and himself.”

Logotherapy tries to make the patient fully aware of his own responsibleness; therefore, it must leave to him the option for what, to what, or to whom he understands himself to be responsible.

The meaning of life always changes, but that it never ceases to be. According to logotherapy, we can discover this meaning in life in three different ways:

(1) by creating a work or doing a deed;
(2) by experiencing something or encountering someone; and
(3) by the attitude we take toward unavoidable suffering.

The first, the way of achievement or accomplishment, is quite obvious.

The second way of finding a meaning in life is by experiencing something—such as goodness, truth and beauty—by experiencing nature and culture or, last but not least, by experiencing another human being in his very uniqueness—by loving him.

The Meaning of Suffering

We must never forget that we may also find meaning in life even when confronted with a hopeless situation when facing a fate that cannot be changed. For what then matters is to bear witness to the uniquely human potential at its best, which is to transform a personal tragedy into a triumph, to turn one’s predicament into a human achievement. When we are no longer able to change a situation—just think of an incurable disease such as inoperable cancer—we are challenged to change ourselves.

“In some way, suffering ceases to be suffering at the moment it finds a meaning, such as the meaning of a sacrifice.”

It is one of the basic tenets of logotherapy that man’s main concern is not to gain pleasure or to avoid pain but rather to see a meaning in his life. That is why man is even ready to suffer, on the condition, to be sure, that his suffering has a meaning.

There are situations in which one is cut off from the opportunity to do one’s work or to enjoy one’s life; but what never can be ruled out is the unavoidability of suffering. In accepting this challenge to suffer bravely, life has a meaning up to the last moment, and it retains this meaning literally to the end. In other words, life’s meaning is an unconditional one, for it even includes the potential meaning of unavoidable suffering.

“To be sure, a human being is a finite thing, and his freedom is restricted. It is not freedom from conditions, but it is freedom to take a stand toward the conditions.”

A human being is not one thing among others; things determine each other, but man is ultimately self-determining. What he becomes—within the limits of endowment and environment—he has made out of himself. In the concentration camps, for example, in this living laboratory and on this testing ground, we watched and witnessed some of our comrades behave like swine while others behaved like saints. Man has both potentialities within himself; which one is actualized depends on decisions but not on conditions.

In brief it means that one is, and remains, optimistic in spite of the “tragic triad,” as it is called in logotherapy, a triad which consists of those aspects of human existence which may be circumscribed by: (1) pain; (2) guilt; and (3) death.

“How is it possible to say yes to life in spite of all that? How, to pose the question differently, can life retain its potential meaning in spite of its tragic aspects?”

(1) turning suffering into a human achievement and accomplishment;

(2) deriving from guilt the opportunity to change oneself for the better; and

(3) deriving from life’s transitoriness an incentive to take responsible action.

Logotherapy conceives of conscience as a prompter which, if need be, indicates the direction in which we have to move in a given life situation. In order to carry out such a task, conscience must apply a measuring stick to the situation one is confronted with, and this situation has to be evaluated in the light of a set of criteria, in the light of a hierarchy of values. These values, however, cannot be espoused and adopted by us on a conscious level—they are something that we are. They have crystallized in the course of the evolution of our species; they are founded on our biological past and are rooted in our biological depth.

Let us be alert—alert in a twofold sense: Since Auschwitz we know what man is capable of. And since Hiroshima we know what is at stake. 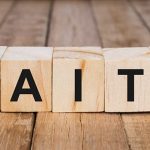 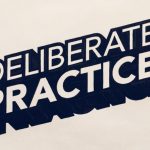 Deliberate Practice: The Path to Greatness.