“Simple can be harder than complex. You have to work hard to get your thinking clean to make it simple. But it’s worth it in the end, because once you get there, you can move mountains.”—Steve Jobs

Ken Segall worked as an advertising agency creative director for 17 years, both at Apple and at Next. He worked closely with former Apple CEO, Steve Jobs. During his time working  with Apple, he began to notice a pattern which formed 10 core elements upon which the book is based. Segall also served as worldwide creative director at agencies for Dell, Intel and IBM.

“The operative theory here is that, while Apple does many things well—hardware, software, manufacturing, strategy, product launches, PR, marketing, retail, and much more—Simplicity is the common thread that ties them all together.”

The Simple Stick symbolizes a core value within Apple. Sometimes it’s held up as inspiration; other times it’s wielded like a caveman’s club. In all cases, it’s a reminder of what sets Apple apart from other technology companies and what makes Apple stand out in a complicated world: a deep, almost religious belief in the power of Simplicity.

Simplicity is not merely a layer that can be grafted onto a business. It isn’t available in a prepackaged version. It doesn’t work with an on/off switch. Yet it’s there for absolutely anyone to take advantage of, if only they have the determination and knowledge.

The Lure of Complexity

Now if everyone and everything has a built-in preference for Simplicity, why does business—and life—remain so complicated? Well, nature has this thing about “balance.” While there exists this wonderful idea called Simplicity, there also exists that dark cloud called Complexity. Complexity can be powerful and seductive, so it should never be underestimated.

Its recruits often look and act just like the rest of us. You meet them just about every day in the course of your business. These people either believe or have been led to believe that their complex ways are somehow more ingenious. Sometimes it’s possible to show them the light. Other times all we can do is try to defang them. In an odd way, we should be thankful that these agents of Complexity exist, for their presence makes Simplicity stand out that much more.

Simplicity is more than a goal—it’s a skill. To successfully leverage its power, you need to get good at it. That takes practice. And this is where things get a little tricky. Because the irony is, becoming skilled in Simplicity isn’t that simple. You can’t just learn it; you need to make it second nature.

The Laws of Small: The quality of work resulting from a project is inversely proportional to the number of people involved in the project.

The quality of work resulting from a project increases in direct proportion to the degree of involvement by the ultimate decision maker.

Also, look suspiciously at any project plan that doesn’t include the regular participation of the final decision maker. It’s critical. Having the decision maker appear at the very end of the process to say yea or nay is a recipe for frustration and mediocrity.

One of Simplicity’s most important rules: Start with small groups of smart people—and keep them small. Every time the body count goes higher, you’re simply inviting Complexity to take a seat at the table.

Simplicity is an all-or-none proposition. No picking and choosing allowed. If you can only muster up the energy to buy into part of it, you’re just going to hurt yourself trying.

Be mindful of the fact that every time you attempt to communicate more than one thing, you’re splintering the attention of those you’re talking to—whether they’re customers or colleagues.

If it’s necessary to deliver multiple messages, find a common theme that unites them all and push hard on that idea. You want people to remember what you say—and the more you cram into your communication, the more difficult you make it for them.

Remember that a sea of choices is no choice at all. The more you can minimize your proposition, the more attractive it will be.

By focusing on making fewer, higher-profile products, and by refusing to compromise on quality, Apple was able to achieve greater efficiency while it charged a premium price.

Remember, being complicated is easy. It’s Simplicity that requires serious work. Minimizing product lines and consolidating target audiences requires an organization that’s willing to take a long, hard look at itself.And it never happens by itself. Simplicity needs a champion.

The perfect project timeline is only slightly less elusive than the Holy Grail. It takes some effort to figure it out, but once you do, you’ll have created a template that promotes success. You may not be the person tasked with creating timelines, but you can try to influence those who are. This is the kind of thing that most people just accept, but they shouldn’t. The right timing is as important as the right people.

Always be wary of the “comfortable” timeline—it’s just a fact of life that a degree of pressure keeps things moving ahead with purpose. With too much time in the schedule, you’re just inviting more opinions, and more opportunities to have your ideas nibbled to death. Keep things in motion at all times.

To achieve great things, two things are needed; a plan, and not quite enough time. – Leonard Bernstein

When it comes to design, Apple carefully calculates the messages that will be sent by every product, even those messages that are mostly subconscious. It considers every aspect of a product’s design: how it looks, how it feels, how it makes you feel. Part of the idea is to win you over before you even touch it. One button does an excellent job of that.

Even if you’re not in the marketing biz, it will serve you well to crystallize your thinking by leveraging an image that can symbolize your idea, or the spirit of it. And if you are in the marketing business, you’re simply required by law to think this way. Whatever presentations you make, whatever products you sell, whomever you’re trying to convince—never forget the power of an image to galvanize your audience.

Note that there’s a big difference between finding a great image and decorating a PowerPoint presentation. There’s too much decorating in the world already, and for the most part it’s meaningless. Find a conceptual image that actually captures the essence of your idea. Be simple and be strong.

Never Underestimate the Power of a Word : Apple is unrelenting about sending the message of Simplicity to its customers. It does that with every product it creates—and every word it chooses.

This is an area where just about every business needs more work. Words are powerful, but more words are not more powerful—they’re often just confusing. Understand that in your company’s internal business and in communications with your customers, dissertations don’t necessarily prove smarts. In fact, they tend to drive people away.

The best way to make yourself or your company look smart is to express an idea simply and with perfect clarity. No matter who your audience is, it’s more effective to communicate as people do naturally. In simple sentences. Using simple words. Simplicity is its own form of cleverness—saying a great deal by saying little.

In a world where too many people are trying too hard, Simplicity can be extremely refreshing.

The same can be said for product naming. Simple and natural names stick with people, while jargon and model numbers do not. If you wish people to form a relationship with your product, it needs a name people can naturally associate with. Product naming is one area in which Simplicity pays immediate returns.

Do what Steve Jobs did: Shun the trappings of big business. Operating like a smaller, less hierarchical company makes everyone more productive—and makes it more likely that you’ll become a bigger business.

Choreographed meetings and formalized presentations may transfer information from person to person, but they neither inspire nor bring a team closer together. Embrace the fact that you’ll get more accomplished when you converse with people rather than present to them. You’ll still have plenty of opportunities to dress up and do things the old-fashioned way. But internally, and on a day-to-day basis with your clients—deformalize.

Complexity is perfectly capable of turning a briefing into a type of torture. Simplicity, on the other hand, makes things perfectly clear—and gives participants a true sense of their mission.

Unless you’re in the business of sterilizing things, business is no place to be sterile. Have the boldness to look beyond numbers and spreadsheets and allow your heart to have a say in the matter. Bear in mind that the intangibles are every bit as real as the metrics—oftentimes even more important.

Simplicity is what makes people feel like they know you, understand you, and ultimately trust you.

The simplest way—and most effective way—to connect with human beings is to speak with a human voice. It may be necessary in your business to market to specific target groups, but bear in mind that every target is a human being, and human beings respond to Simplicity.

Just be true to your species.

Expect the first reaction of others to be negative. The forces of Complexity will inevitably tell you that something can’t be done, even if the truth is that your request simply requires extra effort. You’ll probably achieve better results if you believe more in the talent of people to work miracles than in those who are quick to provide negative answers.

Don’t allow the discouragement of others to force compromise upon your ideas.

Take pride in your independence and objectivity too. See facts and opinions in context. Definitely consider the expertise of those who provide counsel, but evaluate those opinions against things that may be beyond the expert’s vision—like your long-term goals. Steve Jobs knew that the short-term cost, even if it’s large, is often outweighed by the future benefit.

Don’t let the noise of other’s opinions drown out your own inner voice. And most important, have the courage to follow your heart and intuition. – Steve Jobs

Extreme times call for extreme measures. When your ideas are facing life or death, that’s an extreme time. Like a soldier in battle, you can’t afford to suffer even a single hit—so make sure you hit first. Pull out all the stops.

Remember, when your idea’s life is on the line, the last thing you want is a fair fight. Use every available weapon. If possible, grab the unfair advantage. And never forget what might well be your most effective weapon: the passion you feel for your idea.

“Apple is both a testament to the power of Simplicity and a blueprint for those who wish to follow it. Simplicity requires only your understanding, commitment, and passion—though a certain degree of Jobs-style relentlessness will greatly assist.” 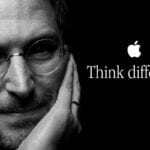 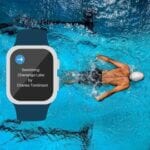