Rich Roll’s Podcast is one of my favourite podcasts to listen to as part of my 365 Podcast Listening Challenge. Rich interviews ultra-athletes, wellness evangelists and personal development professionals to demystify what makes them thick. In Finding Ultra, Revised and Updated Edition: Rejecting Middle Age, Becoming One of the World’s Fittest Men, and Discovering Myself, Rich Roll writes about the mid-life transformation and self-discovery that he underwent at the age of 40, his approach to endurance adventure (Ultraman World Championships,  EPIC5 CHALLENGE) and a plant-based diet.

Finding Ultra is a very inspiring book, and I would highly recommend it to anyone on a journey of self-discovery and self-actualization. Rich shared lessons learned, the roller coaster of endurance training and sustaining the lifestyle of an endurance athlete.

Day One entails a 6.2-mile ocean swim, followed by a 90-mile bike ride. Day Two is 170 miles on the bike. And the event’s culmination on Day Three is a 52.4-mile run on the searing hot lava fields of the Kona Coast.

It is Impossible they said

“Before that first race, people said that, for a guy like me, attempting something like Ultraman was harebrained, even stupid. After all, they knew me as a sedentary, middle-aged lawyer, a guy with a wife, children, and a career to think about, now off chasing a fool’s errand. Not to mention the fact that I was training—and intended to compete—on an entirely plant-based diet.”

Impossible, they told me. Vegans are spindly weaklings, incapable of anything more athletic than kicking a Hacky Sack. No proteins in plants, you’ll never make it. I heard it all. But deep down, I knew I could do it.”

“And I did—proving them wrong and defying not just “middle age,” but the seemingly immutable stereotypes about the physical capabilities of a person who eats nothing but plants. And now here I was again, back at it a second time.”

No Prior Biking Experience

“In the late 1980s, I’d competed as a swimmer at Stanford, so this wasn’t a huge surprise. But cycling? Different story altogether. Three years ago I didn’t even own a bike, let alone know how to race one. And on that first day of the race, after I’d blasted out two and a half hours in strong ocean currents, deep fatigue had set in.”

“I had yet to reach my first birthday when my mom hoisted my scrawny, diapered body off the cement deck of the neighborhood swimming pool and launched me into deep water, leaving me to thrash and struggle. Not until I was about to drown did she come to the rescue, scooping me up as I gasped for air. But I didn’t cry. Instead, she tells me, I just smiled and cast a glance that, in her interpretation, could mean only one thing—When can I do that again?”

“Thus began my own lifelong love affair with water—a passion that would carry me far, yet prove no match for the grip of addiction. It was a devotion I’d rediscover in sober middle age, once again floating my life with meaning and purpose.”

The day that changes your life

I’d learned that the trajectory of one’s life often boils down to a few identifiable moments—decisions that change everything. I knew all too well that moments like these were not to be squandered. Rather, they were to be respected and seized at all costs, for they just didn’t come around that often, if ever. Even if you experienced only one powerful moment like this one, you were lucky. Blink or look away for even an instant and the door didn’t just close, it literally vanished. ”

Supportive Wife (Julie) – Letting people change at their own pace

To her immense credit, Julie had never nagged me to change my ways. Frankly, I assumed she’d simply given up on me. But in truth she understood a crucial spiritual principle I’d yet to grasp.

“You can stand in the light. And you can set a positive example. But you simply cannot make someone change.”

“To show her support, Julie even bought me a bike for my birthday and encouraged me to exercise. And I held up my end of the bargain, opting for burritos without the carnitas, veggie burgers instead of beef, and casual Saturday morning bike rides with friends in place of cheese omelet brunches.”

“To understand me is to understand that I am an alcoholic, through and through. If something is good, then more is better, right? Balance is for ordinary people. Why not strive for extra-ordinary? This had always been my rule—and my ruin.” 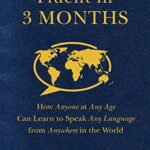 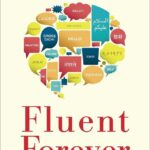