“Self-discipline is giving everything you have . . . and knowing what to hold back.”

In Discipline Is Destiny: The Power of Self-Control, American best-selling author Ryan Holiday profiles the great individuals that used self-discipline to become a greater version of themselves. Discipline Is Destiny is the second book of Ryan Stoic cardinal virtues of ancient philosophy which is composed of four key components: Courage. Temperance. Justice. Wisdom. In the first book in the series: Courage is Calling: Fortune Favors the Brave, Ryan makes the case for making bold bets and explores the courageous practice of historical and contemporary leaders.

In Discipline Is Destiny, Ryan highlights the power of self-discipline and self-mastery. He draws on historical figures as models of self-discipline. He profiled the discipline virtues of individuals such as Marcus Aurelius, Queen Elizabeth II, Lou Gehrig, Angela Merkel, Martin Luther King Jr., George Washington, and Winston Churchill — inspire us with their restraint and dedication. The cautionary tales of history—Napoleon, Alexander the Great, Julius Caesar, King George IV —stun us with their self-inflicted destruction. And because each of us contains multitudes, sometimes we see both excess and restraint in the same person and can learn from both.

Freedom requires discipline. Discipline gives us freedom. Freedom and greatness. Your destiny is there.

The virtues are interrelated and inseparable, yet each is distinct from the others. Doing the right thing almost always takes courage, just as a discipline is impossible without the wisdom to know what is worth choosing. What good is courage if not applied to justice? What good is wisdom if it doesn’t make us more modest?

In the ancient world, virtue was comprised of four key components: Courage. Temperance. Justice.
Wisdom. The “touchstones of goodness,” the philosopher-king Marcus Aurelius called them. To millions, they’re known as the cardinal virtues, four near-universal ideals adopted by Christianity and most of Western philosophy, but equally valued in Buddhism, Hinduism, and just about every other philosophy you can imagine.

The fortunate as well as the unfortunate must figure out how to manage their emotions, abstain from what should be abstained from, choose what standards to observe. We must master ourselves unless we’d prefer to be mastered by someone or something else.

“Self-discipline is giving everything you have . . . and knowing what to hold back.”

“Discipline, then, is both predictive and deterministic. It makes it more likely you’ll be successful and it ensures, success or failure, that whatever happens, you are great. The converse is also true: a lack of discipline puts you in danger; it also colors who and what you are.

The Lazy are miserable

No one has a harder time than the lazy. No one experiences more pain than the glutton. No success is shorter lived than the reckless or endlessly ambitious. Failing to realize your full potential is a terrible punishment. Greed moves the goalposts, preventing one from ever enjoying what one has. Even if the outside world celebrates them, on the inside, there is only misery, self-loathing, and dependence.

The Case for Self-Discipline

In a world of abundance, each of us must wrestle with our desires, our urges, as well as the timeless battle to strengthen ourselves for the vicissitudes of life. This is not about six-pack abs or the avoidance of all that feels good, but instead about developing the fortitude required for the path we have chosen. It’s about being able to go the distance, and steering clear of the blind alleys and mirages along the way. If we don’t dominate ourselves physically, who and what does dominate? Outside forces. Laziness. Adversity. Entropy. Atrophy. We do the work, today and always, because it’s what we’re here for.we know that while it might seem easy to take it easy and more pleasurable to indulge our pleasure centers, in the long run, it is a far more painful route.

“Nearly half of young Americans are actually ineligible to join the US military for health or fitness reasons.”

We are meant for more than simply existing. We are here for more than just lying around and seeking pleasure. We have been given incredible gifts by nature. We are an apex predator, a freakishly elite product of milions of years of evolution. How will you choose to spend this bounty? By letting your assets atrophy?

Take Care of your body

If greatness is our aim, if we want to be productive, courageous members of society, we need to take care of our bodies. Not just in the gym, but in the kitchen too. A healthy diet, and not abusing drugs or drink, does much of the heavy lifting. You are a high-end race car. Fuel accordingly.

When we desire more than we need, we make ourselves vulnerable. When we overextend ourselves, when we chase,we are not self-sufficient.

Remember: No one is having less fun than an overextended, overcommitted person with debtors at their door . . . or a high-paying job they can’t afford to lose. No one is less free than the person trapped on the treadmill moving faster and faster and faster but going nowhere. 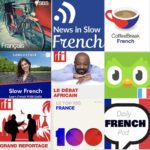 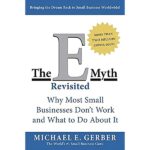