Courage is Calling is the first book in Ryan Holiday’s series on the cardinal virtues of ancient philosophy which include four key components: Courage. Temperance. Justice. Wisdom.

The virtues are interrelated and inseparable, yet each is distinct from the others. Doing the right thing almost always takes courage, just as discipline is impossible without the wisdom to know what is worth choosing.

There are things worse than dying. Living with what we had to do to keep living, for one. Regretting that lost opportunity to have been a hero. The hellish existence of a world run by cowards.

“There aren’t two kinds of courage. There is only one. The kind where you put your ass on the line. In some cases literally, perhaps fatally. In other cases it’s figurative, or financial.”

“The brave are not without fear—no human is—rather, it’s their ability to rise above it and master it that makes them so remarkable. In fact, it must be said that greatness is impossible without doing this. Of cowards, though, nothing is written. Nothing is remembered. Nothing is admired. Name one good thing that did not require at least a few hard seconds of bravery. So if we wish to be great, we must first learn how to conquer fear, or at least rise above it in the moments that matter.”

What we are to do in this life comes from somewhere beyond us; it’s bigger than us. We are each called to be something. We are selected. We are chosen . . . but will we choose to accept this? Or will we run away?

That is our call.

“In either version, fear—and the triumph over it—is the defining battle of her existence. Just as it has been for anyone who has changed the world. There is nothing worth doing that is not scary. There is no one who has achieved greatness without wrestling with their own doubts, anxieties, limitations, and demons.”

A Scare vs Fear

“A scare is a temporary rush of a feeling. That can be forgiven. Fear is a state of being, and to allow it to rule is a disgrace. One helps you—makes you alert, wakes you up, informs you of danger. The other drags you down, weakens you, even paralyzes you.”

We Defeat Fear with Logic

People would rather be complicit in a crime than speak up. People would rather die in a pandemic than be the only one in a mask. People would rather stay in a job they hate than explain why they quit to do something less certain. They’d rather follow a silly trend than dare question it; losing their life savings to a burst bubble is somehow less painful than seeming stupid for sitting on the sidelines while the bubble grew. They’d rather go along with something that will tarnish their legacy than raise their voice ever so slightly and risk standing alone or apart for even ten minutes.

“The night is dark and full of terrors. We face many enemies in life. But you have to understand: They are not nearly as formidable as your mind makes you think.”

When fear is defined, it can be defeated. When downside is articulated, it can be weighed against upside. When the wolves are counted, there are fewer of them. Mountains turn out to be molehills, monsters turn out just to be men.

When our enemies are humanized, they can be better understood. What we thought were incredible costs turn out to be clear calculations—calculations well worth making. The risks, it is revealed, were far outpaced by the rewards. Black swans come into view and can be prepared for. Attacks that we’ve anticipated can be repulsed. The spectrum of possibilities is reduced, the scope of Murphy’s Law is diminished.

The brave don’t despair. They believe. They are not cynical, they care. They think there is stuff worth dying for—that good and evil exist. They know that life has problems but would rather be part of the solution than a bystander.

Fear Is Showing You Something

No rule is perfect, but this one works: Our fears point us, like a self-indicting arrow, in the direction of the right thing to do. One part of us knows what we ought to do, but the other part reminds us of the inevitable consequences. Fear alerts us to danger, but also to opportunity. If it wasn’t scary, everyone would do it. If it was easy, there wouldn’t be any growth in it. That tinge of self-preservation is the pinging of the metal detector going off. We may have found something.

Fear votes for hesitation, it always has a reason for not doing and so it rarely does anything. If we don’t find ourselves experiencing this hesitation every so often, we should know that we are not pushing ourselves enough. When something tells you that you’re not allowed. When someone tells you that you’ll regret your decision. When the pit in your stomach makes you hesitate.

We are as sick as our secrets. We are at the mercy of fears we dare not articulate, paralyzed by assumptions we refuse to put to the test. 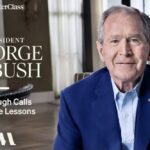