Running seemed to be the fitness version of drunk driving: you could get away with it for a while, you might even have some fun, but catastrophe was waiting right around the corner

And when things look worst, we run the most. Three times, America has seen distance-running skyrocket, and it’s always in the midst of a national crisis.

The first boom came during the Great Depression, when more than two hundred runners set the trend by racing forty miles a day across the country in the Great American Footrace. Running then went dormant, only to catch fire again in the early ’70s, when we were struggling to recover from Vietnam, the Cold War, race riots, a criminal president, and the murders of three beloved leaders.

And the third distance boom? One year after the September 11 attacks, trail-running suddenly became the fastest-growing outdoor sport in the country. Maybe it was a coincidence. Or maybe there’s a trigger in the human psyche, a coded response that activates our first and greatest survival skill when we sense the raptors approaching.

In terms of stress relief and sensual pleasure, running is what you have in your life before you have sex. The equipment and desire come factory installed; all you have to do is let ’er rip and hang on for the ride.

In Tarahumara Land, there was no crime, war, or theft. There was no corruption, obesity, drug addiction, greed, wife-beating, child abuse, heart disease, high blood pressure, or carbon emissions. They didn’t get diabetes, or depressed, or even old: fifty-year-olds could outrun teenagers, and eighty-year-old great-grandads could hike marathon distances up mountainsides. Their cancer rates were barely detectable. The Tarahumara geniuses had even branched into economics, creating a one-of-a-kind financial system based on booze and random acts of kindness: instead of money, they traded favors and big tubs of corn beer.

In the Tarahumara tongue, humans come in only two forms: there are Rarámuri, who run from trouble, and chabochis, who cause it.

Ultrarunners had no reason to cheat, because they had nothing to gain: no fame, no wealth, no medals. No one knew who they were, or cared who won their strange rambles through the woods. They didn’t even get prize money; all you get for winning an ultra is the same belt buckle as the guy who comes in last.

They didn’t even get prize money; all you get for winning an ultra is the same belt buckle as the guy who comes in last.

Distance running was revered because it was indispensable; it was the way we survived and thrived and spread across the planet. You ran to eat and to avoid being eaten; you ran to find a mate and impress her, and with her you ran off to start a new life together. You had to love running, or you wouldn’t live to love anything else. And like everything else we love—everything we sentimentally call our “passions” and “desires”—it’s really an encoded ancestral necessity. We were born to run; we were born because we run.

Perhaps all our troubles—all the violence, obesity, illness, depression, and greed we can’t overcome—began when we stopped living as Running People. Deny your nature, and it will erupt in some other, uglier way.

Leadville is an ultramarathon held annually on rugged trails and dirt roads near Leadville, Colorado, through the heart of the Rocky Mountain.

The Wasatch Front 100 Mile Endurance Run (Wasatch) is a 100-mile ultra marathon held annually on the first Friday after Labor Day in Utah.

“Beyond the very extreme of fatigue and distress, we may find amounts of ease and power we never dreamed ourselves to own; sources of strength never taxed at all because we never push through the obstruction.” – William James

At the 2004 Athens Games, Deena outlasted the world-record holder, Paula Radcliffe, to win the bronze, the first Olympic medal for an American marathoner in twenty years.

The only American to ever win the six-day Marathon of the Sands across the Sahara, but even she had to be pulled from Badwater in 1999 and given an emergency IV to stop her dessicated kidneys from shutting down.

Mike Sweeney, the two-time champion of the sweltering H.U.R.T 100 in Hawaii.

In 2006, Dean Karnazes attempted to run 50 marathons, in 50 states, in 50 days to raise awareness of youth obesity and urge Americans of all fitness levels to “take that next step. UltraMarathon Man: 50 Marathons – 50 States – 50 Days”, a Journeyfilm documentary, follows Dean’s incredible step-by-step journey across the country.

In a career that spans over 3 decades, Pam Reed reigns as one of the most accomplished ultra runners ever, with multiple wins at the Badwater 135, dubbed the “Toughest Foot Race on Earth” by Outside Magazine, World Records in the 24Hour and 48 Hour Races and well over 80 finishes in 100-mile races. 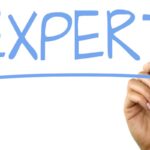 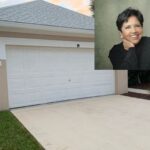