In A Runner’s High: My Life in Motion, ultramarathoning icon Dean Karnazes chronicles his extraordinary adventures leading up to his return to the Western States 100-Mile Endurance Run in his mid-fifties after first completing the race decades ago. The Western States, infamous for its rugged terrain and extreme temperatures, become the most demanding competition of Karnazes’s life, a physical and emotional reckoning and a battle to stay true to one’s purpose. Confronting his age, his career path, and his life choices, Karnazes weaves a great story about the ups and down of long-distance running.

Named by TIME magazine as one of the “100 Most Influential People in the World”. Dean Karnazes has run 50 marathons, in all 50 US states, in 50 consecutive days. He’s run across Death Valley in the middle of summer, and he’s run a marathon to the South Pole. On ten separate occasions he’s run a 200-mile relay race solo, racing alongside teams of twelve. His list of competitive achievements includes winning the World’s Toughest Footrace, the Badwater Ultramarathon, and winning the 4 Deserts Challenge, racing in the hottest, driest, windiest, and coldest places on earth. 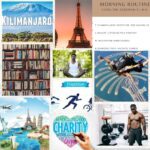 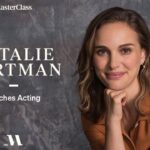