The Blue Ocean Strategy is one of the most impactful business book have ever read, my first reading was around 2010, and have since read the book more than 3 times, and it keeps resonating each time. Blue ocean strategy breaks from the stranglehold of competition. At the book’s core is the notion of a shift from competing to creating new market space, making the competition irrelevant.

Here are my favourite take-aways from reading, Blue Ocean Strategy by Chan Kim and Renée Mauborgne:

Competition should not occupy the center of strategic thinking.

“To focus on the red ocean is therefore to accept the key constraining factors of war—limited terrain and the need to beat an enemy to succeed—and to deny the distinctive strength of the business world: the capacity to create new market space that is uncontested.”

“It will always be important to swim successfully in the red ocean by outcompeting rivals. Red oceans will always matter and will always be a fact of business life. But with supply exceeding demand in more industries, competing for a share of contracting markets, while necessary, will not be sufficient to sustain high performance. Companies need to go beyond competing. To seize new profit and growth opportunities, they also need to create blue oceans.”

Blue ocean strategy is a strategy that joins analytics with the human dimension of organizations. It recognizes and pays respect to the importance of aligning people’s minds and hearts with a new strategy so that at the level of the individual, people embrace it of their own accord and willingly go beyond compulsory execution to voluntary cooperation in carrying it out.

The structuralist view, or Environmental Determinism.

“In the red ocean, differentiation raises costs because firms compete with the same best-practice rule. Here, the strategic choices for firms are to pursue sue either differentiation or low cost. In the reconstructionist world, however, the strategic aim is to create new best-practice rules by breaking the existing value-cost trade-off and thereby creating a blue ocean.“

“Strategy Canvas, an analytic framework that is central to value innovation and the creation of blue oceans.”

“To fundamentally shift the strategy canvas of an industry, you must begin by reorienting your strategic focus from competitors to alternatives, and from customers to noncustomers of the industry”

To break the trade-off between differentiation and low cost and to create a new value curve, there are four key questions to challenge an industry’s strategic logic and business model:

Which of the factors that the industry takes for granted should be eliminated?

Which factors should be reduced well below the industry’s standard?

Which factors should be raised well above the industry’s standard?

Which factors should be created that the industry has never offered?

“When you apply the four actions framework to the strategy canvas of your industry, you get a revealing new look at old perceived truths.”

“To break out of red oceans, companies must break out of the accepted boundaries that define how they compete. Instead of looking within these boundaries, managers need to look systematically across them to create blue oceans. They need to look across alternative industries, across strategic groups, across buyer groups, across complementary product and service offerings, across the functional-emotional orientation of an industry, and even across time. This gives companies keen insight into how to reconstruct market realities to open up blue oceans.”

ONCE A COMPANY HAS DEVELOPED a blue ocean strategy with a profitable business model, it must execute it. The challenge of execution exists, of course, for any strategy. Companies, like individuals, often have a tough time translating thought into action whether in red or blue oceans. But compared with red ocean strategy, blue ocean strategy represents a significant departure from the status quo. It hinges on a shift from convergence to divergence in value curves at lower costs. That raises the execution bar.

“ When a company’s value curve still has focus, divergence, and a compelling tagline, it should resist the temptation to value-innovate the business again and instead should focus on lengthening, widening, and deepening its rent stream through operational improvements and geographical expansion to achieve maximum economies of scale and market coverage. It should swim as far as possible in the blue ocean, making itself a moving target, distancing itself from early imitators, and discouraging them in the process. The aim here is to dominate the blue ocean over imitators for as long as possible.”

Red Ocean Trap : The belief that blue ocean strategy is a theory of marketing and a niche strategy. 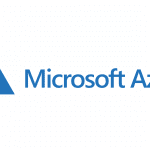