That is why I never employ an expert in full bloom. If ever I wanted to kill opposition by unfair means I would endow the opposition with experts. They would have so much good advice that I could be sure they would do little work. – Henry Ford

We live in a world of more talk and little substance, a world of life coaches who don’t have their life figured out like anyone is supposed to have it figured out, a world of chefs who cannot cook, motivational speakers who are not motivated, of bloggers without a blog. Everyone is an Expert or Guru in the social media world with the promise of instant results and changes. But the reality of life is that nothing great happens by chance, it takes hard work and consistency to achieve anything worthwhile.

An expert is someone with the special skill or knowledge representing mastery of a particular subject. Experts have been at the epicenter of most of our modern civilization and they have also been at the center of unachieved dreams as a result of their lack of discernment. History is filled with stories of so-called experts that made discouraging statements about nascent ideas and innovation. You have got to protect your ideas and dreams from these so-called experts. They come in different forms such as Parents, Friends, Mentors, Colleagues, Acquaintances, Teachers, and even frenemies. Some of them are well-meaning but you need to beware of the experts, they might be wrong.

An expert is someone who knows more and more about less and less until finally, he knows everything about nothing. – Nicholas Butler, American Philosopher.

Canadian-American motivational public speaker and self-development author Brian Tracy in his book, Goals!: How to Get Everything You Want — Faster Than You Ever Thought Possible, advised: “Ignore the Experts”. He noted:

Self-limiting beliefs, sometimes based on a single experience or a casual remark, can hold you back for years. Most people have had the experience of mastering a skill in an area where they thought they had no ability and being quite surprised at themselves. Perhaps this has happened to you. You suddenly realize that your limiting ideas about yourself in that area were not based on fact at all.

“No one is better than you and no one is smarter than you. People are just smarter or better in different areas at different times.” – Brian Tracy, Goals

British Industrial Designer, Entrepreneur, and Innovator James Dyson write about his wariness of experts. In his very lovely and inspiring memoir – Invention: A Life, he writes about his experience of building the Dyson Brand.

In this demanding, yet engrossing and enjoyable process of evolving thousands of prototypes, I gained a great deal of knowledge about cyclonic technology. However, like Jeremy Fry, I am cautious of experts.

While developing the dual cyclone vacuum cleaner, I went to see a scientist, R. G. Dorman, at the notorious Porton Down government research station near Salisbury. Dorman had written a book, Dust Control and Air Cleaning (1974), published by Robert Maxwell’s Pergamon Press, and was considered the leading expert on the subject of cyclonic extraction. A very nice of cyclonic extraction. A very nice chap, he told me that the current art was good down to 20 microns, but I knew that for a domestic vacuum cleaner this figure needed to be 0.3 microns.

This, of course, was considered impossible. So, I set out to bring that figure down myself because I needed to and because part of me wanted to prove official experts wrong. Actually, I was helped with the maths for the cyclone by Paul Colombe, my former maths teacher and housemaster from Gresham’s, and my godmother’s husband, who came to stay on their way to Devon.

In Dorman’s book, there were five different mathematical calculations to determine the efficiency of cyclones of different dimensions at various airflows and particle sizes. Paul Colombe started me off calculating the maths and, not surprisingly, as I worked through the equations, each scientist had a different theorem and different answers! They were no help or shortcut. I would have to go through empirical testing to find the answers for myself as well as taking the state of the art to new heights. In the end, after the 5,127 prototypes, we managed to do what the expert view had deemed impossible.

Experts tend to be confident that they have all the answers and, because of this trait, they can kill new ideas. But when you are trying to break new ground, you have no interest in getting stuck in engineering conventions or intellectual mud.

In any case, as Jacob Bronowski, the Polish-born British mathematician, and historian, said in his 1973 BBC television series The Ascent of Man, “Science is a very human form of knowledge. We are always at the brink of the known, we always feel forward for what is to be hoped. Every judgement in science stands on the edge of error and is personal. Science is a tribute to what we can know although we are fallible.”

Every judgement in science stands on the edge of error and is personal. Science is a tribute to what we can know although we are fallible

American Industrialist and business Magnate Henry Ford who mass-produced the first affordable automobile for middle-class Americans through the Model T and other cars by his eponymous brand, The Ford Motor Company. He writes in his memoir, The autobiography of Henry Ford: My Work and Life:

The idea of gas engines was by no means new, but this was the first time that a really serious effort had been made to put them on the market. They were received with interest rather than enthusiasm and I do not recall anyone who thought that the internal combustion engine could ever have more than a limited use.

That is the way with wise people—they are so wise and practical that they always know to a dot just why something cannot be done; they always know the limitations. That is why I never employ an expert in full bloom. If ever I wanted to kill opposition by unfair means I would endow the opposition with experts. They would have so much good advice that I could be sure they would do little work.

If ever I wanted to kill opposition by unfair means I would endow the opposition with experts. They would have so much good advice that I could be sure they would do little work.

Henry Ford on Experience and Expertise

We get some of our best results from letting fools rush in where angels fear to tread.

None of our men are “experts.” We have most, unfortunately, found it necessary to get rid of a man as soon as he thinks himself an expert—because no one ever considers himself expert if he really knows his job. A man who knows a job sees so much more to be done than he has done, that he is always pressing forward and never gives up an instant of thought to how good and how efficient he is. Thinking always ahead, thinking always of trying to do more, brings a state of mind in which nothing is impossible. The moment one gets into the “expert” state of mind a great number of things become impossible.

I refuse to recognize that there are impossibilities. I cannot discover that any one knows enough about anything on this earth definitely to say what is and what is not possible. The right kind of experience, the right kind of technical training, ought to enlarge the mind and reduce the number of impossibilities. It unfortunately does nothing of the kind. Most technical training and the average of that which we call experience, provide a record of previous failures and, instead of these failures being taken for what they are worth, they are taken as absolute bars to progress. If some man, calling himself an authority, says that this or that cannot be done, then a horde of unthinking followers start the chorus: “It can’t be done.”

Most technical training and the average of that which we call experience, provide a record of previous failures and, instead of these failures being taken for what they are worth, they are taken as absolute bars to progress. 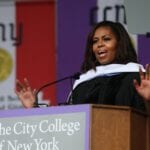 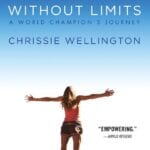