If people knew how hard I had to work to gain my mastery, it wouldn’t seem wonderful at all.—Michelangelo

In Becoming Fluent: How Cognitive Science Can Help Adults Learn a Foreign Language, American Foreign Service Officer Richard Roberts and Associate Dean of Graduate Studies in the College of Arts and Sciences and Professor of Psychology at the University of Memphis Roger Kreuz argue that adults can master a foreign language if they bring to bear the skills and knowledge they have honed over a lifetime.  The authors draw on insights from psychology and cognitive science to show that Adults shouldn’t try to learn as children do; they should learn like adults.

“Adulthood is the perfect time to expand one’s horizons through the study of other languages. All too often, however, the pleasure that should be inherent in learning to speak another language is marred by negative thoughts and experiences—past and present, real and perceived.”

The authors draw research from cognitive science, as well as their experiences teaching, conducting research, learning languages, and working and travelling abroad.

As an adult language learner, you have the gift of insight—something younger learners lack. Don’t be afraid to take advantage of it.

There is evidence to suggest that adults can learn new languages even more easily than children. There are only two areas where children may be superior to adults when it comes to language learning.

Adults try to learn a foreign language “purely,” the way they acquired their first language. This isn’t possible. Trying to do so inevitably leads to frustration and a higher probability of abandoning the goal. A more fruitful approach would be for adults to build on their considerable cognitive strengths and to not envy or try to mimic children’s language learning.

Myth 3: When learning a foreign language, try not to use your first language

What Is Cognitive Science?

Cognitive science occupies the intersection of a number of fields in which researchers from many disciplines explore questions about the nature of the mind. The discipline involved includes psychology, linguistics, philosophy, neuroscience, artificial intelligence, and anthropology.

In describing mental processes, cognitive scientists frequently categorize them as being either top down or bottom up.

Utilize what you already know in service of perception and comprehension. Experts solve problems differently from novices because they have more knowledge and experience in a given domain.

Adult language learners excel at top-down processing because of their extensive world knowledge and experience.

It refers to situations in which you perceive a stimulus without preconceptions or assumptions about what you’re experiencing. Instead of being guided by expertise or familiarity, bottom-up perception depends solely on information that comes from your five senses.

vision and hearing are mostly bottom-up until the brain can make sense of what was seen or heard.

Whenever people make decisions, big or small, in the face of such uncertainty, they rely on cognitive strategies called heuristics. These mental shortcuts, or rules of thumb, are “good enough” strategies that can be resorted to when a decision must be made in the face of unknown and unknowable information (which is most of the time). And often enough, using heuristics to make a decision is a smart option.

States that the more quickly and easily examples of a phenomenon can be generated mentally, the more common that phenomenon is likely to be.

According to the simulation heuristic, the more quickly and easily you can create a mental scenario in which an event occurs, the more likely you will be to predict that the event will occur.

The planning fallacy is the tendency to underestimate how much time, effort, or money it will take to accomplish a goal. This is because we tend to be overly confident about our ability to reach a goal and misjudge the resources that are required.

This heuristic specifies that it is difficult for us to move very far away from what we have initially decided – even when the reality of the situation necessitates a change in plans.

It happens when people give more credence to information that confirms their beliefs, while at the same time ignoring or discounting information that goes against these beliefs. The confirmation bias works against groups and individuals both in planning and carrying out a course of action.

“By ignoring contradictory feedback, we lose the opportunity to make changes that could drastically improve the probability of success.”

If a little bit of the stuff in this bottle will make my begonias grow faster, then why shouldn’t I use all of it? The reason, as many gardeners have had occasion to learn, is that fertilizers contain soluble salts that cause root burn: the plants’ ability to absorb water and other nutrients is reduced, and the plants become dehydrated, turn yellow, and wilt.

“Try to incorporate your target language into your life as much as possible—but do it in a meaningful way.”

It refer to a person’s belief in her ability to accomplish something: to perform a task, reach a goal, or overcome an obstacle.

If you have feelings of low self-efficacy, then failing to achieve your hoped-for level of fluency might be the expected result. Because you expect a certain negative outcome, you may sabotage your efforts at mastery without even realizing it.

Self-esteem refers to your overall evaluation of your worth as an individual. You can have a healthy level of self-esteem and still have feelings of low self-efficacy for certain domains (such as language learning).

Self-handicapping behavior refers to the process whereby a person creates or chooses obstacles to behavior or a performance setting for the purpose of protecting self-esteem in response to an esteem-threatening situation.

Engaging in a behavior that is known to hurt performance, such as getting too little sleep, using a harmful substance, not studying, or not working hard. A person may choose a task so easy that success is meaningless or so difficult that success is unlikely.

Research has shown that individuals will do almost anything to avoid a downward revision in their perceptions of themselves.

First-grade schoolchildren are not cognitively ready to study calculus, nor do they have the requisite knowledge of the mathematics that would be involved. However, they are ready to understand more concrete concepts like counting along a number line. 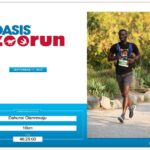 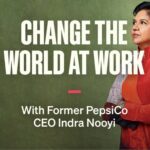