‘Failure is a feeling long before it becomes an actual result’

Barrack and Michelle Obama are one of my favourite living people and couples alive. I love them both for their confidence, journey, inspiration and consistency. I committed to reading their memoirs back to back: A Promise Land (Barrack) and Becoming (Michelle). Reading the former POTUS and FLOTUS biographies made me humanize them, and connect more to their story, struggles, trials and tribulations. Their stories epitomize what it means to dream bigger than their society.

In Becoming, former First Lady Michelle Obama takes the reader on her journey of becoming one of the most respected and powerful women in the world. From growing up on the South Side of Chicago doubting her greatness, getting an ivy league education, meeting Barrack, motherhood, becoming the first lady and becoming more self-confident as an adult. Michelle’s story is very inspiring; she reflects on her childhood, meeting barrack and the effect of his self-assuredness in her life, motherhood, fertility, parenting, politics, navigating the challenges of being in the spotlight and lots more. Becoming is a very good read and an in-depth analysis of the ups and downs of being the first family.

“Even when it’s not pretty or perfect. Even when it’s more real than you want it to be. Your story is what you have, what you will always have. It is something to own.”

What do you want to be when you grow up?

I think it’s the worst question in the world–is what do you want to be when you grow up, as if growing up is finite, as if you become something, and that is all there is. And my journey is the journey of always continually evolving, that there is never a point where you arrive at a thing. And if you do, that’s kind of sad, you know? If you think that there is a point in your life where you stop growing and stop learning, that’s sort of sad, because what else is left?

“When I was a kid, my aspirations were simple. I wanted a dog. I wanted a house that had stairs in it—two floors for one family. I wanted, for some reason, a four-door station wagon instead of the two-door Buick that was my father’s pride and joy. I used to tell people that when I grew up, I was going to be a pediatrician. Why? Because I loved being around little kids and I quickly learned that it was a pleasing answer for adults to hear. Oh, a doctor! What a good choice! In those days, I wore pigtails and bossed my older brother around and managed, always and no matter what, to get As at school. I was ambitious, though I didn’t know exactly what I was shooting for.

Now I think it’s one of the most useless questions an adult can ask a child—What do you want to be when you grow up? As if growing up is finite. As if at some point you become something and that’s the end.

Robbie and Terry were older. They grew up in a different era, with different concerns. They’d seen things our parents hadn’t—things that Craig and I, in our raucous childishness, couldn’t begin to guess. This was some version of what my mother would say if we got too wound up about the grouchiness downstairs. Even if we didn’t know the context, we were instructed to remember that context existed. Everyone on earth, they’d tell us, was carrying around an unseen history, and that alone deserved some tolerance.

Even if we didn’t know the context, we were instructed to remember that context existed. Everyone on earth, they’d tell us, was carrying around an unseen history, and that alone deserved some tolerance.

Michelle’s parents raised them as adults

“My parents talked to us like we were adults. They didn’t lecture, but rather indulged every question we asked, no matter how juvenile. They never hurried a discussion for the sake of convenience. Our talks could go on for hours, often because Craig and I took every opportunity to grill my parents about things we didn’t understand.”

“As we grew, we spoke more about drugs and sex and life choices, about race and inequality and politics. My parents didn’t expect us to be saints.”

“As a family, we sustained ourselves with humble luxuries. When Craig and I got our report cards at school, our parents celebrated by ordering in a pizza from Italian Fiesta, our favorite place. During hot weather, we’d buy hand-packed ice cream—a pint each of chocolate, butter pecan, and black cherry—and make it last for days.”

I’ve been lucky enough now in my life to meet all sorts of extraordinary and accomplished people—world leaders, inventors, musicians, astronauts, athletes, professors, entrepreneurs, artists and writers, pioneering doctors and researchers. Some (though not enough) of them are women. Some (though not enough) are black or of color. Some were born poor or have lived lives that to many of us would appear to have been unfairly heaped with adversity, and yet still they seem to operate as if they’ve had every advantage in the world.

“But as I’ve said, failure is a feeling long before it’s an actual result. And for me, it felt like that’s exactly what she was planting—a suggestion of failure long before I’d even tried to succeed. She was telling me to lower my sights, which was the absolute reverse of every last thing my parents had ever told me.”

What I’ve learned is this: All of them have had doubters. Some continue to have roaring, stadium-sized collections of critics and naysayers who will shout I told you so at every little misstep or mistake. The noise doesn’t go away, but the most successful people I know have figured out how to live with it, to lean on the people who believe in them, and to push onward with their goals. 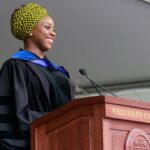 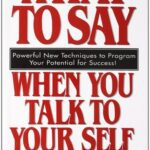