Until you make the unconscious conscious, it will direct your life and you will call it fate.― Carl Jung

In the book Atomic Habits by Author James Clear shares the step-by-step plan for building better habits, why tiny atomic changes can make a big difference in forming good and breaking bad habits. The book is rich with insights, examples, anecdotes, and real-life scenarios and is easy to connect with.

The book expands on the concepts earlier shared by Charles Duhigg, in his book The Power of Habit: Why We Do What We Do in Life and Business. Atomic Habits are tiny changes with marginal gains, 1% improvement, tiny incremental changes which if sustained for a long period of time leads to significant changes.

Habits are like the atoms of our lives. Each one is a fundamental unit that contributes to your overall improvement. At first, these tiny routines seem insignificant, but soon they build on each other and fuel bigger wins that multiply to a degree that far outweighs the cost of their initial investment.

The basic premise of the book is that small incremental changes lead to long term result. Here are some the ways have been using the atomic habits to enhance my productivity:

Here are my Favourite take aways from reading Atomic Habits:

The process of building a habit can be divided into four simple steps: cue, craving, response, and reward.

Cue :  The cue triggers your brain to initiate a behavior.  It is a bit of information that predicts a reward.

Craving: They are the motivational force behind every habit. Without some level of motivation or desire—without craving a change—we have no reason to act”

Response:  The response is the actual habit you perform, which can take the form of a thought or an action. Whether a response occurs depends on how motivated you are and how much friction is associated with the behavior.

If a behavior is insufficient in any of the four stages, it will not become a habit.

Eliminate the cue and your habit will never start.

Reduce the craving and you won’t experience enough motivation to act.

Make the behavior difficult and you won’t be able to do it. And if the reward fails to satisfy your desire, then you’ll have no reason to do it again in the future.

How to Create a Good Habit

How to Break a Bad Habit

Implementation intention, which is a plan you make beforehand about when and where to act. That is, how you intend to implement a particular habit.

When it comes to building new habits, you can use the connectedness of behavior to your advantage. One of the best ways to build a new habit is to identify a current habit you already do each day and then stack your new behavior on top. This is called habit stacking.

Habit stacking is a special form of an implementation intention. Rather than pairing your new habit with a particular time and location, you pair it with a current habit.

The habit stacking formula is:

Exercise. After I take off my work shoes, I will immediately change into my workout clothes.

The aggregation of marginal gains – 1% Improvement

Making a choice that is 1 percent better or 1 percent worse seems insignificant in the moment, but over the span of moments that make up a lifetime these choices determine the difference between who you are and who you could be. Success is the product of daily habits—not once-in-a-lifetime transformations.

Breakthrough moments are often the result of many previous actions, which build up the potential required to unleash a major change. This pattern shows up everywhere.

Similarly, habits often appear to make no difference until you cross a critical threshold and unlock a new level of performance. In the early and middle stages of any quest, there is often a Valley of Disappointment.

You expect to make progress in a linear fashion and it’s frustrating how ineffective changes can seem during the first days, weeks, and even months. It doesn’t feel like you are going anywhere. It’s a hallmark of any compounding process: the most powerful outcomes are delayed.

True long-term thinking is goal-less thinking. It’s not about any single accomplishment. It is about the cycle of endless refinement and continuous improvement. Ultimately, it is your commitment to the process that will determine your progress.

If you want better results, then forget about setting goals. Focus on your system instead.

Goals are good for setting a direction, but systems are best for making progress. A handful of problems arise when you spend too much time thinking about your goals and not enough time designing your systems.

Achieving a goal only changes your life for the moment. That’s the counterintuitive thing about improvement. We think we need to change our results, but the results are not the problem.

Progress requires unlearning. Becoming the best version of yourself requires you to continuously edit your beliefs, and to upgrade and expand your identity.

True behavior change is identity change. You might start a habit because of motivation, but the only reason you’ll stick with one is that it becomes part of your identity.

Anyone can convince themselves to visit the gym or eat healthy once or twice, but if you don’t shift the belief behind the behavior, then it is hard to stick with long-term changes. Improvements are only temporary until they become part of who you are.

Your behaviours are usually a reflection of your identity. What you do is an indication of the type of person you believe that you are—either consciously or unconsciously..

Forming or Breaking a bad habit can be very hard but putting the systems highlighted in the book such as Implementation Intention, Goal Less Thinking, Identity Based Habit, Habit Stacking etc can go a long way in helping you form or break a habit.

Failing Forward with IT Certifications 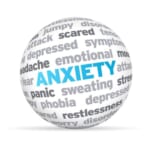