In Earl Nightingale’s very inspiring and influential book, lead the field; he shares the story of Russell Herman Conwell (Founder of Temple University). Dr. Conwell gave over 6,000 lectures on “Acres of Diamonds.” He was able to raise several million dollars, with which he founded Temple University.

In 1843, a man was born who was to have a profound effect upon the lives of millions of people. His name was Russell Herman Conwell. He became a lawyer, then a newspaper editor, and, finally, a clergyman. During his church career, an incident occurred that was to change his life and the lives of countless others.

One day, a group of young people came to Dr. Conwell at his church and asked him if he would be willing to instruct them in college courses. They all wanted a college education but lacked the money to pay for it. He told them to let him think about it and to come back in a few days.

After they left, an idea began to form in Dr. Conwell’s mind. He asked himself, “Why couldn’t there be a fine college for poor but deserving young people?” Before very long, the idea consumed him. Why not, indeed? It was a project worthy of 100 percent dedication – complete commitment.

Almost singlehandedly, Dr. Conwell raised several million dollars with which he founded Temple University, today one of the country’s leading schools. He raised the money by giving more than 6,000 lectures all over the country, and in each one of them, he told a story called “Acres of Diamonds.” It was a true story that had affected him very deeply, and it had the same effect on his audiences. The money he needed to build the college came pouring in.

The story was the account of an African farmer who had heard tales about the other farmers who had made millions by discovering diamond mines. These tales so excited the farmer that he could hardly wait to sell his farm and go prospecting for diamonds himself. So he sold the farm and spent the rest of his life wandering the African continent, searching unsuccessfully for the gleaming gems that brought such high prices on the markets of the world. Finally, the story goes, worn-out and in a fit of despondency, he threw himself into a river and drowned.

Meanwhile, back at the ranch, or farm, in this case, the man who had bought the farm happened to be crossing the small stream on the property. Suddenly, there was a bright flash of blue and red light from the stream’s bottom. He bent down, picked up the stone – it was a good-sized stone – and, admiring it, later put it on his fireplace mantel as an interesting curiosity.

Several weeks later, a visitor to his home picked up the stone, looked closely at it, hefted it in his hand – and nearly fainted. He asked the farmer if he knew what he’d found. When the farmer said no, that he’d thought it was a piece of crystal, the visitor told him he’d found one of the largest diamonds ever discovered. The farmer had trouble believing that. He told the man that his creek was full of such stones – not as large, perhaps, as the one on the mantel, but they were sprinkled generously throughout the creek bottom.

The moral is clear: If only the first farmer had taken the time to study and prepare himself – to learn what diamonds looked like in their rough state – and, since he had already owned a piece of the African continent, to thoroughly explore the property he had before looking elsewhere, all of his wildest dreams would have come true.

The thing about this story that so profoundly affected Dr. Conwell, and subsequently, millions of others, was the idea that each of us is, at this moment, standing in the middle of his or her own acres of diamonds.

If only we will have the wisdom and patience to intelligently and effectively explore the work in which we are now engaged, to explore ourselves, we’ll usually find the riches we seek, whether they be financial or intangible, or both. Before we go running off to what we think are greener pastures, let’s make sure that our own is not just as green or, perhaps, even greener. It’s been said that if the other guy’s pasture appears to be greener than ours, it’s quite possible that it’s getting better care. Besides, while we’re looking at other pastures, other people are looking at ours!

To my mind, there are few things more pitiful than the person who wastes his life running from one thing to another, forever looking for the pot of gold at the end of the rainbow and never staying with one thing long enough to find it.

No matter what your goal may be, perhaps the road to it can be found in the very thing you’re now doing. It wasn’t until he was completely paralyzed by polio, and forced to reach into the rich resources of his mind, that a courageous farmer got the idea of producing exceptionally good meat products on his farm. From that idea, one of the country’s most successful meat-packing companies was born. His farm contained acres of diamonds, too. He’d just never been forced to dig for them before.

Your mind is your richest resource. Let it thoroughly explore the possibilities lurking in what you’re presently doing before turning to something new. I say that because there were probably good reasons for your having chosen your present work in the beginning. If there weren’t, and if you’re unhappy in the field you’re in, then perhaps it’s time for some serious exploration.

Dr. Russell Conwell’s life is an example of the importance of a willingness to change once one’s own pasture has been thoroughly explored. As I mentioned earlier, Dr. Conwell began as a lawyer, then became a newspaper editor before he finally found his true calling as a clergyman and the founder of a great university.

“It is our duty as men and women to proceed as though limits to our abilities do not exist. We are collaborators in creation.” – Pierre Teilhard de Chardin 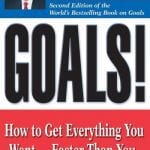 Book Summary – Goals!: How to Get Everything You Want — Faster Than You Ever Thought by Brian Tracy. 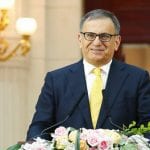