Four-time Ironman Triathlon World Champion and world record holder Chrissie Wellington OBE chronicles her rise in the triathlon world and the roller coaster of long distance endurance running. Chrissie holds the world record for Ironman distance (8hrs, 18 mins) and she is the only triathlete, male or female, to have won the World Championship less than a year after turning professional.

Every October, the World Championships of the sport are held in Kona on the Island of Hawaii. An ironman is the longest distance of triathlon – a 2.4-mile swim, 112 miles on the bike, and then you run a marathon.

“In an ironman, even the world’s best face a challenge just to finish.”

Prior to becoming a professional athlete in 2007, she worked for the British Government’s Department for Environment, Food and Rural Affairs (DEFRA) as a policy adviser on international development and also managed water and sanitation projects in Nepal.

What raises ironman above other sports is the visceral nature of the contest against a fixed and unyielding foe: the contest against the race itself. You see humanity at its rawest, at its best and its worst. The ironman brings that out in you. Finishing it is a victory. People vomit at the side of the road, they lose control of their basic functions, they collapse, they become delirious, desperate to reach the finish line, when sometimes that finish line is still miles away. It evokes such emotion and requires you to dig to the depths, physically and mentally. And then there is the euphoria and relief of making it to the end. Inspirational is the only word to describe it. You don’t get that from a game of cricket or football.

The first ironman triathlon took place on my first birthday, 18 February 1978. It started life as an argument. Who were fitter, runners or swimmers? The debate raged around one table at an awards ceremony after a running race on Oahu, Hawaii. John Collins, a US Navy commander, threw cyclists into the mix, having read that Eddy Merckx, the Belgian cyclist, had the highest oxygen uptake of any athlete ever measured. There and then, it occurred to him that, if they combined the Waikiki Roughwater Swim, the Around Oahu Bike Race and the Honolulu Marathon, they would have the perfect test to settle the argument.

“The first to finish would be called the Ironman.leaped onto the stage, grabbed the microphone and proclaimed his idea. They laughed at it.”

Nevertheless, a year later the first ‘Ironman’ was contested by Collins and his friends. Fifteen competitors started; twelve finished. The winner was Gordon Haller, a taxi driver, completing the 140.6 miles in a little under twelve hours. Collins finished in seventeen hours.

It is impossible to swim, bike and run for the best part of a day and not experience bad times. Illness, dehydration and physical niggles, not to mention full-blown injuries, come and go throughout. There is also the mental anguish – that long road stretching out ahead of you, the landmarks that just won’t come quickly enough. You can’t listen to music; you have only the throb of blood through your head for company, and the screams of every unthinking fibre in your body that they want to stop. This is when the mind must take over. Ironman is as much a mental game as a physical one.

Whether you finish first or 1,001st, they make you feel like a champion. Your body may be wrecked, muscles cramping, skin chafing, toenails falling off and feet blistering, but you have joined a special club.

“When the day came, my dad dropped me off. Neither of my parents had been to university, so this was a poignant watershed for me and, in a strange way, for my family.”

“Just seize every opportunity you have, embrace every experience. Make a mark, for all the right reasons.”

Pressure is a necessary evil if you want to achieve. It brings with it great stress, but you deal with it, and the redemption comes when you achieve things as a result. It can also be debilitating though, on a day-to-day level, especially if its benefits are illusory. The trick is to understand which pressures are necessary and which ones are the dangerous decoys, the ones that suck the life out of you for no reward.

“I would say my life has been dominated by two dynamics: an obsessive lust for control and self-improvement on the one hand, and concern about people and their situations on the other. From the latter has grown, perhaps fuelled by the former, my passion for development”

“Africa is where it started, encouraged by Jude and her unique perspective. To see how poor the locals were in economic terms, yet how rich in culture and emotion, made a deep impression on me.” 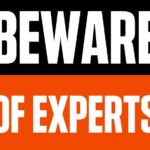 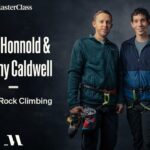