The 2022 BMO Vancouver Marathon was held on Sunday, May 1st, 2022 and it had a record 18,500 registered participants. The 2022 edition was special as it was the 50th Anniversary of the Marathon that began with 32 finishers in 1972. It was my first Marathon since the Global Pandemic and I was super delighted to participate in the event.

We started the Marathon behind schedule as a suspicious device was spotted near the Science World on the Half-Marathon track. The Fastest Male was Canadian Chris Balestrini who finished with a time of 2:23:56 and the fastest female at the BMO Vancouver Marathon was Canadian Olympian Dayna Pidhoresky who completed the run in 2:34:30.

Although I did not finish in the time I wanted, it was a very great experience.

I was aiming for a 4 hours 30 Minutes time but it was not meant to be. I finished with a time of 5:00:31. The Vancouver Marathon was my 12th Marathon after previous participation in five different cities: Accra, Cotonou, Lagos, Nairobi, Toronto, Ottawa, and Vancouver.

The finish line of a marathon is one of the most delightful experiences of participating in a Marathon.

After finishing the Marathon, I stayed in Vancouver to explore the city for like a week and it was a great adventure. Vancouver is a beautiful city with lots of great places to visit. I visited the Vancouver Central Public Library, Vancouver Aquarium, Capilano Suspension Bridge, University of British Columbia Main Campus, and the Vancouver Museum of Anthropology, at UBC.

The Capilano Suspension Bridge is a suspension bridge crossing the Capilano River in the District of North Vancouver, British Columbia, Canada. The bridge is 140 meters long and 70 meters above the river.

Preparing for my next 42.2 KM Marathon in a couple of weeks, would keep you posted. 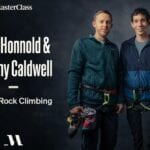 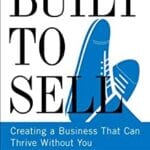