After two decades of brilliant research on American poverty, Kathryn Edin noticed something she hadn’t seen before – households surviving on virtually no cash income. Edin teamed with Luke Shaefer, an expert on calculating incomes of the poor, to discover that the number of American families living on $ 2.00 per person, per day, has skyrocketed to one and a half million households, including about three million children.

The authors argue that in-kind benefits like SNAP (food stamps) are important—even vital. Yet in 21st Century America, they are not enough—cash is critical. The book is about what happens when a government safety net that is built on the assumption of full-time, stable employment at a living wage combines with a low-wage labor market that fails to deliver on any of the above. It is this toxic alchemy, the authors argue, that is spurring the increasing numbers of $2-a-day poor in America.

A hidden but growing landscape of survival strategies among those who experience this level of destitution has been the result. At the community level, these strategies can pull families into a web of exploitation and illegality that turns conventional morality upside down.

Two dollars is less than the cost of a gallon of gas, roughly equivalent to that of a half gallon of milk. Many Americans have spent more than that before they get to work or school in the morning. Yet in 2011, more than 4 percent of all households with children in the world’s wealthiest nation were living in a poverty so deep that most Americans don’t believe it even exists in this country.

In the United States, the Supplemental Nutrition Assistance Program (SNAP), formerly known as the Food Stamp Program, is a federal program that provides food-purchasing assistance for low- and no-income people.

SNAP benefits supplied roughly 40 million Americans in 2018, at an expenditure of $57.1 billion
SNAP benefits cost a total of $85.6B in the 2020 fiscal year amid heightened US poverty and unemployment.

Temporary Assistance for Needy Families (TANF) is a federal assistance program of the United States. It began on July 1, 1997, and succeeded the Aid to Families with Dependent Children (AFDC) program, providing cash assistance to indigent American families through the United States Department of Health and Human Services.

The SIPP, administered by the U.S. Census Bureau, is based on survey interviews with tens of thousands of American households each year. Census Bureau employees ask detailed questions about every possible source of income, including gifts from family and friends and cash from odd jobs. A key goal of the survey is to get the most accurate accounting possible of the incomes of the poor and the degree to which they participate in government programs.

America’s cash welfare program—the main government program that caught people when they fell—was not merely replaced with the 1996 welfare reform; it was very nearly destroyed. In its place arose a different kind of safety net, one that provides a powerful hand up to some—the working poor—but offers much less to others, those who can’t manage to find or keep a job.

The EITC is refundable, which means that if the amount for which low-income workers are eligible is more than they owe in taxes, they will get a refund for the difference. Low-income working parents often get tax refunds that are far greater than the income taxes withheld from their paychecks during the year.

Section 8 of the Housing Act of 1937 (42 U.S.C.), often called Section 8, as repeatedly amended, authorizes the payment of rental housing assistance to private landlords on behalf of low-income households in the United States.

Supplemental Security Income (SSI) is a means-tested program that provides cash payments to disabled children, disabled adults, and individuals aged 65 or older who are citizens or nationals of the United States.

Before 1996, welfare was putting a sizable dent in the number of families living below the $2-a-day threshold. As of early 1996, the program was lifting more than a million households with children out of $2-a-day poverty every month. Whatever else could be said for or against welfare, it provided a safety net for the poorest of the poor. In the late 1990s, as welfare reform was gradually implemented across the states, its impact in reducing $2-a-day poverty began to decline precipitously. By mid-2011, TANF was lifting only about 300,000 households with children above the $2-a-day mark.

We waged a war on poverty, and poverty won. – Ronald Reagan

In 1960, only about 5 percent of births were to unmarried women, consistent with the two previous decades. But then the percentage began to rise at an astonishing pace, doubling by the early 1970s and nearly doubling again over the next decade. A cascade of criticism blamed welfare for this trend. According to this narrative, supporting unwed mothers with public dollars made them more likely to trade in a husband for the dole.

In a speech in January 1976, Reagan announced that she “[has] used 80 names, 30 addresses, 15 telephone numbers to collect food stamps, Social Security, veterans benefits for four nonexistent, deceased veteran husbands, as well as welfare. Her tax-free cash income alone has been running $150,000 a year.

“By 1988, there were 10.9 million recipients on AFDC, about the same number as when he took office. Four years later, when Reagan’s successor, George H. W. Bush, left office, the welfare caseloads reached 13.8 million—4.5 million adults and their 9.3 million dependent children.”

According to Feeding America, an antihunger organization and national network of food banks that conducts the nation’s largest study of charitable food distribution in the United States every few years, pantries and other emergency food programs nationwide served roughly 21.4 million Americans in 1997. By 2005, that number was higher by 3.9 million, and it ballooned even further during the Great Recession, to 37 million Americans in 2009.

Beginning in 2004, public schools were mandated to count the number of homeless children in their classrooms. (This is the number of children whose parents or guardians could not afford permanent housing but were still attending school.) In 2004–2005, there were 656,000 such children. This number spiked temporarily in 2005–2006 because of Hurricanes Katrina and Wilma, but then gradually increased over time, reaching 795,000 in 2007–2008 and 1.3 million in 2012–2013.

“For the $2-a-day poor, whose home lives are often incredibly stressed, work can even offer an escape of sorts. ”

Manufacturing, which once accounted for more than 30 percent of all jobs in the United States, now provides less than 10 percent of jobs. The country had roughly 12 million manufacturing jobs as of 2012, 7 million fewer than at the sector’s peak in the late 1970s. In contrast, there were about 15 million jobs in the retail sector and almost 14 million in leisure and hospitality.

Housing costs have reached a crisis point for low-income families, eating up far more of their incomes than they can possibly afford. The U.S. Department of Housing and Urban Development (HUD) deems a family that is spending more than 30 percent of its income on housing to be “cost burdened,” at risk of having too little money for food, clothing, and other essential expenses.

“Today there is no state in the Union in which a family that is supported by a full-time, minimum-wage worker can afford a two-bedroom apartment at fair market rent without being cost burdened, according to HUD.”

Housing instability is a hallmark of life among the $2-a-day poor. Children experiencing $2-a-day poverty are far more likely to move over the course of a year than other kids—even than children living in less extreme poverty. Much of this instability is fueled by perilous double-ups, which mark—and often speed—the descent of those who are already suffering from the fallout from nonsustaining work into the ranks of the desperately poor.

Toxic Stress defined as “strong, frequent, or prolonged activation of the body’s stress response systems in the absence of the buffering protection of a supportive, adult relationship.

Exposure to toxic stress affects people mentally and even physically. It can impair “executive functions, such as decision-making, working memory, behavioral self-regulation, and mood and impulse control.” It “may result in anatomic changes and/or physiologic dysregulations that are the precursors of later impairments in learning and behavior as well as the roots of chronic, stress-related physical and mental illness.” Toxic stress can literally wear you down and, in the end, kill you.

The panoply of survival strategies used by today’s $2-a-day poor are variations on the same tactics poor families used a generation ago to get by: private charity, a variety of small-time under-the-table income-generating schemes, and plain old scrimping.

The first is taking advantage of public spaces and private charities—the nation’s libraries, food pantries, homeless shelters, and so on.

Then come a variety of income-generation strategies, such as donating plasma—means for gleaning at least some of that all-important resource that families seem unable to survive without: cash.

Finally, there’s the art—often finely honed through years of hardship—of finding ways to stretch your resources and make do with less.

Beyond these vital public spaces, there are many private charities across Chicago like La Casa that serve the poor day in and day out, operating shelters, food pantries and soup kitchens, free health clinics, job training programs, and educational programs for children and youth.

Most of this aid comes not in the form of cash, but rather through in-kind assistance targeting basic needs (such as shelter and food) or direct services (such as health exams and mental health counseling). The forms this aid takes are not just determined by what families seeking help need. Rather, the nonprofits must be conscious of the values of the broader community and of the requirements placed on them by the government agencies, private foundations, and donors who fund the work. Sometimes what is offered fits what a family needs well. Sometimes it doesn’t.

The Art of Making Do with Less

Even accounting for what’s made available by the nation’s private charities and for the little amounts of cash that can be generated from the various strategies discussed previously, none of these resources can in and of themselves allow a family in $2-a-day poverty to survive.

Survival takes more. It requires a stubborn optimism in the face of very tough circumstances. It requires a spirit of determination that can propel someone forward in his or her effort to make do on next to nothing. So beyond private charity and public spaces, beyond selling SNAP, scrap, blood plasma, and even one’s body, the primary way the $2-a-day poor cope is to find inventive ways to make do with less. Some have spent years, even decades, in and out of poverty, with multiple spells of living on virtually nothing. For these Americans, the entrepreneurial skills that have been honed by the school of hard knocks are impressive indeed.

The authors approach to ending $2-a-day poverty is guided by three principles:

(1) all deserve the opportunity to work;
(2) parents should be able to raise their children in a place of their own; and
(3) not every parent will be able to work or work all of the time, but parents’ well-being, and the well-being of their children, should nonetheless be ensured. 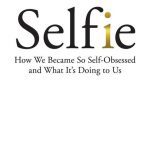 Selfie: How We Became So Self-Obsessed and What It’s Doing to Us by Will Storr. 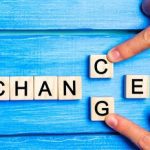